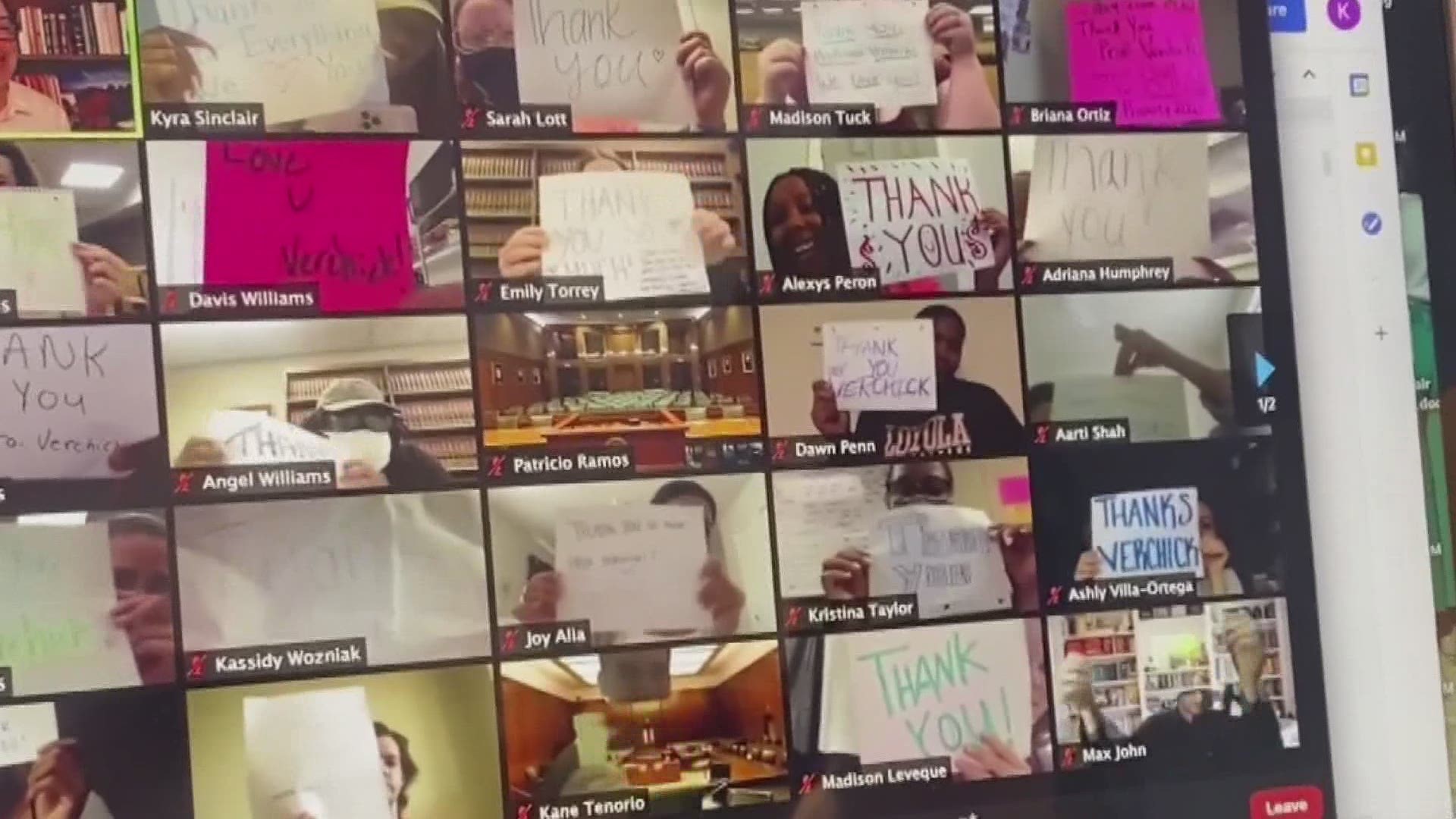 NEW ORLEANS — NEW ORLEANS - A law class at Loyola University has gone viral on Tik Tok. Almost five million people have seen the video, which delivers a special message to their professor.

"So the pandemic definitely is not how I expected to start our first year of law school," said Kyra Sinclair.

"It's hard being in class with people you never got to meet," she said.

However, one teacher has made it a bit easier.

"This has been an extraordinary year," said Rob Verchick.

Verchick is a Law Professor who's taught for more than 20 years. This year, there were glitches, but still, his daily lessons were invaluable.

"Every class always had a technical difficulty," said Sinclair. "There was not a class that went by where he didn't have his camera cut off or he left the chat but he never showed his frustration. He's really a great man, a great teacher, and he cares about us."

Sinclair and her classmates wanted Verchick to know how much they appreciated his lessons and decided to come up with a way to thank him.

"I've had students with gestures of gratitude and thanks and I've been thankful to my students but this was very special," Verchick said.

So on the last day of class, a surprise was planned. The class started, however, cameras were off.

"Honestly, I thought it was weird, but I also thought it's the last day of class, maybe everybody is in their pajamas?" asked Verchick.

Even if they were, it wouldn't have mattered, because what happened next, took Verchick's breath away.

"And everybody's cameras come on, and everyone has signs that say thank you, some with pictures, hand-drawn pictures, different colors," he described.

The moment meant the world to Verchick.

"I just want to thank them and encourage any student who is touched by a teacher to let them know," he said. "These are the moments we live for."

It also taught the class a lesson that day, that the smallest 'thank you,' even virtually, can go a long way.

"That's one thing I learned from him was exude great energy onto others," said Sinclair.

The students say they never thought the video would be seen by millions. Sinclair though says it's well deserved because their teacher has been a shining light during this tough year. She also hopes the video will inspire others to perform small acts of kindness towards others.

RELATED: Protesters sue NOPD for use of tear gas on Crescent City Connection