For reasons that police continue to investigate, the truck crossed the centerline and hit a school bus head-on. There were 16 students on board. 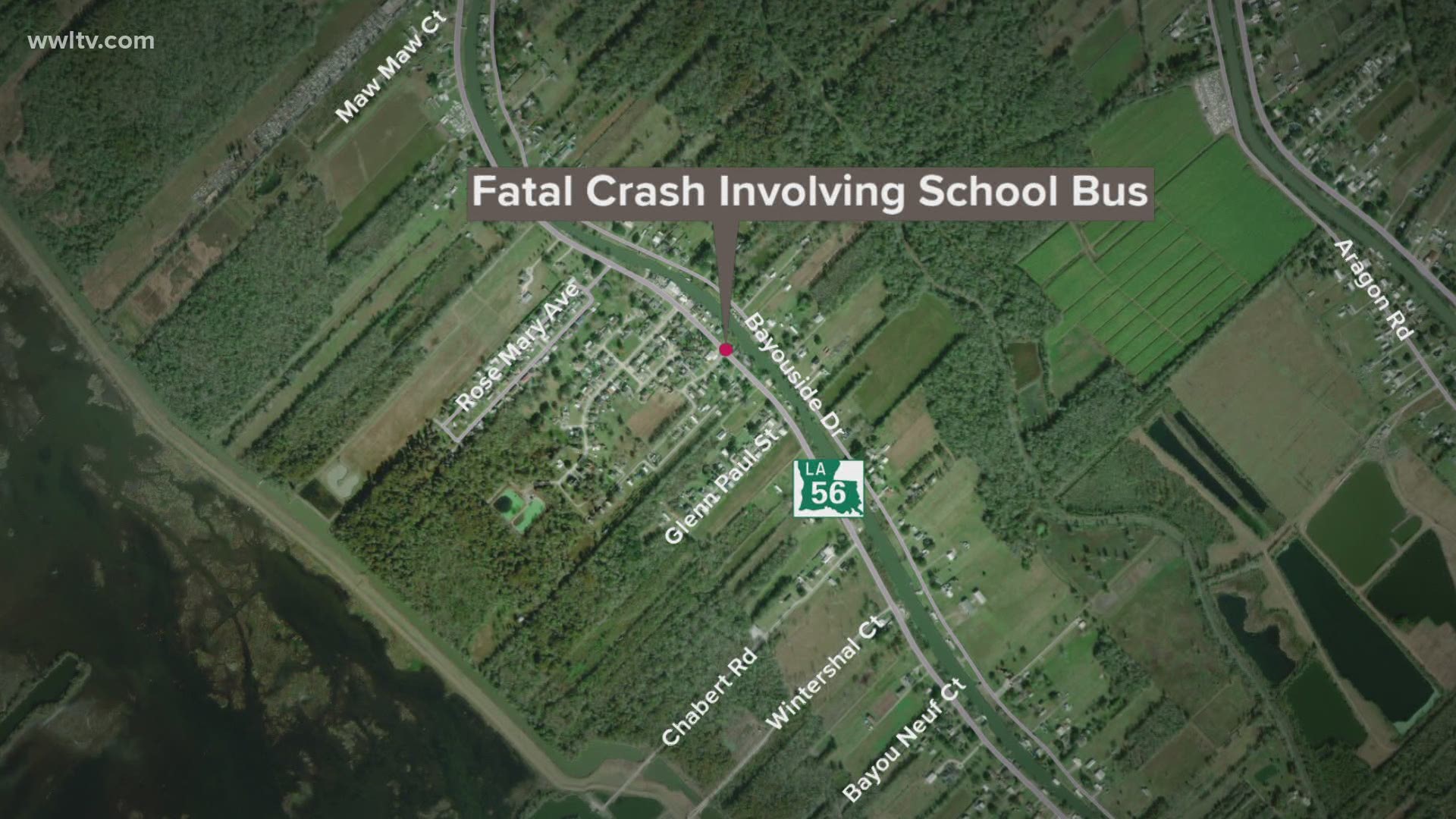 NEW ORLEANS — A man died after a head-on collision with a school bus in Terrebonne Parish that sent two students to a hospital on Wednesday morning, police said.

Troy Anthony Lyons, 43, was driving a Silverado southbound on La. Highway 56 — Little Caillou Road, and for reasons that police continue to investigate, his truck crossed the centerline and hit a school bus head-on.

With 16 students and a driver on board, the school bus was driving northbound on the same road when the crash happened.

The crash was so severe, Lyons was pronounced dead at the scene despite having his seatbelt on, a release from the Louisiana State Police said.

The school bus driver has their seatbelt on as well, but two students were taken to a hospital for minor injuries.

Police said the school bus driver was not impaired. A sample was taken from Lyons for testing; those results were pending.

As LSP investigators continue looking for clues at the scene and talking to people who may have seen or heard anything to find out what happened,  the investigation into the crash is far from over.