Alejandro Mayorkas is expected to lead a broad policy overhaul of an agency that was accused of being deeply politicized under Trump. 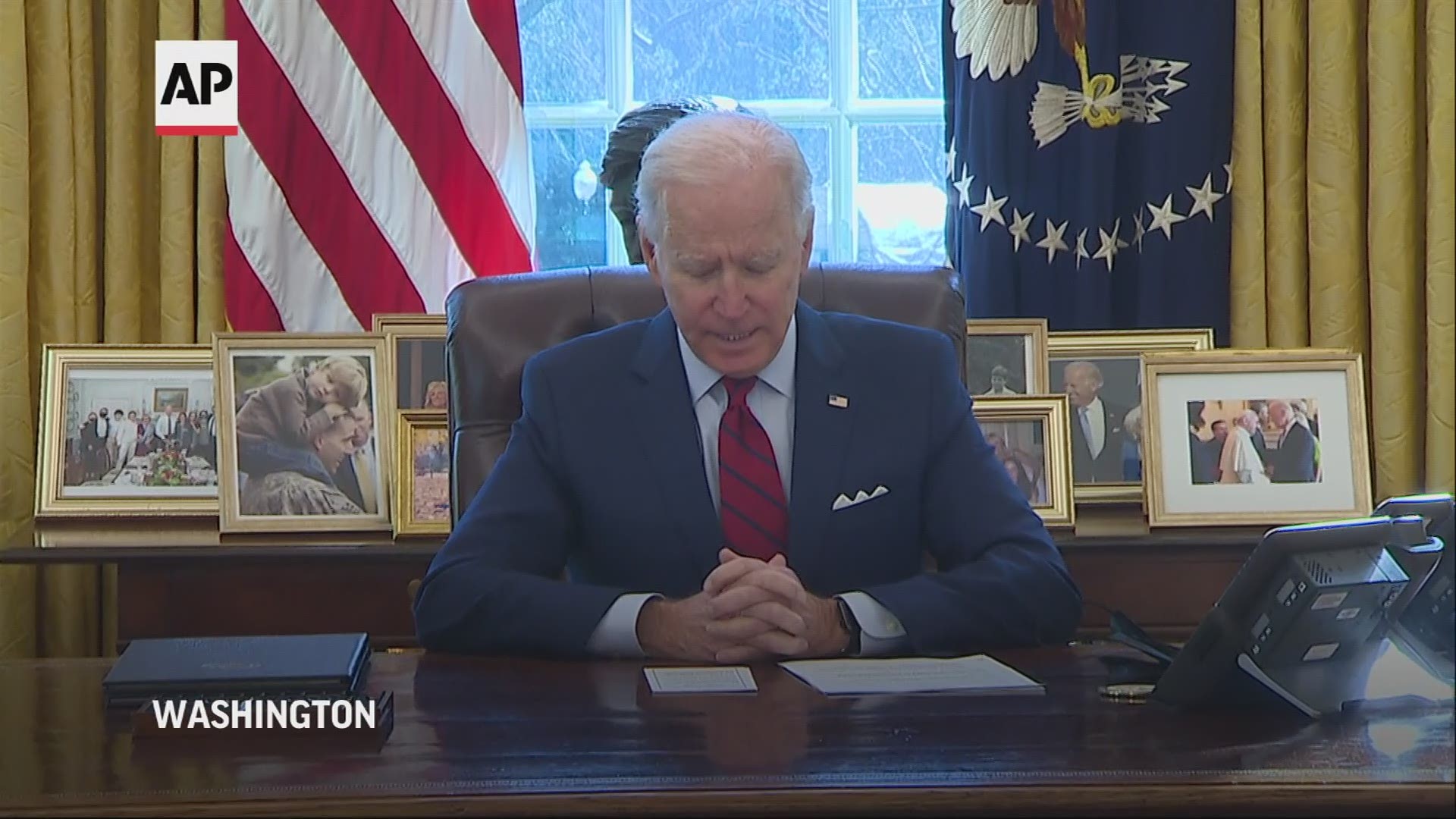 The Senate confirmed Alejandro Mayorkas on Tuesday as President Joe Biden's homeland security secretary, the first Latino to fill a post that will have a central role in the government's response to the coronavirus pandemic, a sweeping Russia-linked cyber hack and domestic extremism.

Mayorkas was confirmed by a 56-43 vote, the narrowest margin yet for a Biden Cabinet nominee. The first immigrant to serve in the job, he is expected to lead a broad policy overhaul of an agency that was accused of being deeply politicized as it carried out President Donald Trump's initiatives on immigration and law enforcement.

Mayorkas is a former federal prosecutor who previously served as a senior DHS official. His nomination was stalled in the Senate by Republicans who wanted to question him further on Biden's plans for immigration policy. He also faced questions over his management of an investor visa program under President Barack Obama.

Biden's team had hoped to have Mayorkas confirmed by Jan. 20. But Sen. Josh Hawley of Missouri placed a hold on the nomination on Jan. 19, forcing a delay in the confirmation vote.

Democrats bristled at the delay.

"My friends on the other side don't have to agree with Mr. Mayorkas on the finer points of every policy, but surely we can all agree that he knows the department, he understands the threats to our nation's security and has what it takes to lead DHS," Senate Majority Leader Chuck Schumer said as he called for a vote to lift a Republican filibuster on the nomination.

Even some Republican senators who had expressed reservations about the nomination conceded DHS needed a confirmed secretary with the nation facing so many challenges, including the aftermath of the Jan. 6 attack on the Capitol by Trump supporters seeking to overturn the election.

"I drove through the National Guard again to get here this morning. We've got some real issues," Republican Sen. Rob Portman of Ohio said as he voted to send the nomination from the committee to the full Senate for the vote.

Mayorkas, whose family came to the U.S. from Cuba as refugees in 1960 and whose mother had fled the Holocaust, was a federal prosecutor in Southern California before he joined the Obama administration, first as head of the immigration services agency and then as deputy secretary of DHS.

"Mr. Mayorkas is uniquely qualified to make sure the Department of Homeland Security is working to protect people from all backgrounds, all communities and all walks of life," Sen. Gary Peters, a Michigan Democrat and chairman of the Senate Homeland Security Committee, said from the Senate floor.

Under Trump, the department was frequently in turmoil and mired in controversy. The agency carried out heavy-handed immigration enforcement initiatives, most notoriously separating migrant children from their families as part of a zero-tolerance campaign in 2018.

Over the summer, the department was widely condemned, including by some former secretaries, for deploying tactical agents without nametags and insignia to protests in Portland, Oregon, against the wishes of local authorities.

In September, a senior official filed a whistleblower complaint accusing Homeland Security leaders of downplaying threat warnings that Trump might find objectionable, including information about Russian election interference and the rising threat posed by white supremacists. And the president ousted the widely respected head of the DHS cybersecurity agency in November for his defense of the integrity of the 2020 election.

Acting DHS Secretary Chad Wolf, who spent more than a year in the post without Senate confirmation, and other senior officials turned routine news conferences into what to many appeared to be Trump campaign events, touting relatively minor enforcement actions as major policy achievements.

Mayorkas, who rejected a proposal to separate families when he served under Obama, has pledged to "end the inhumane and unjust treatment of immigrants," but also to maintain border enforcement.

"We are a nation of immigrants, and we are also a nation of laws," he said during his confirmation hearing.

Brandon Judd, president of the National Border Patrol Council, which represents U.S. Border Patrol agents and others, said in a recent interview with the Fox Business Network that migrant smugglers have increased their attempts to bring people, including children, into the country because of a perception that the Biden administration will be less hostile. But he said he was "optimistic" about the new president's choice of Mayorkas.

"He has nominated a very good secretary for DHS, a secretary that understands that policies affect border security," he said.

Judd predicted Mayorkas would get rid of some Trump policies but look for others that would "effectuate the same thing" as was done under the previous administration. "And if he can do that, then we can still maintain border security."

At Mayorkas' confirmation hearing, senators raised the 2015 report by the Office of Inspector General that criticized him for his management of a program that granted U.S. residency to foreign investors. The investigation found he created an appearance of favoritism and political interference by directing the approval of three projects backed by prominent Democrats, overruling staff recommendations when he ran the immigration services agency under Obama.

Republican Senate leader Mitch McConnell denounced him on the Senate floor Tuesday, saying Mayorkas should be kept from even a lower post for providing special treatment to prominent figures such as Hillary Rodham Clinton's brother, Anthony Rodham, and former Virginia Gov. Terry McAuliffe. "Mr. Mayorkas did his best to turn U.S. Citizenship and Immigration Services into an unethical favor factory for Democratic Party royalty," he said.

Mayorkas disputed the IG report's conclusion and told senators he intervened in decisions, on behalf of both Republicans and Democrats, to correct what he considered wrong actions. "When a leader enters federal service with the authority to fix problems, that leader has the responsibility to fix problems, and that is what I did," he said.

Utah Sen. Mitt Romney, another Republican member of the Homeland Security Committee who voted to send the nomination to the Senate floor for a vote, said he discussed the report at length with Mayorkas in private and was satisfied he considered his action an "error" that he would not repeat.

"We just endured a president over four years that I'll say generously had a relaxed relationship with the truth and I think we want the highest level of integrity in positions of government," Romney said.