The WWL-TV weather team reports that about 3.5 inches of rain fell in Downtown New Orleans in less than three hours. 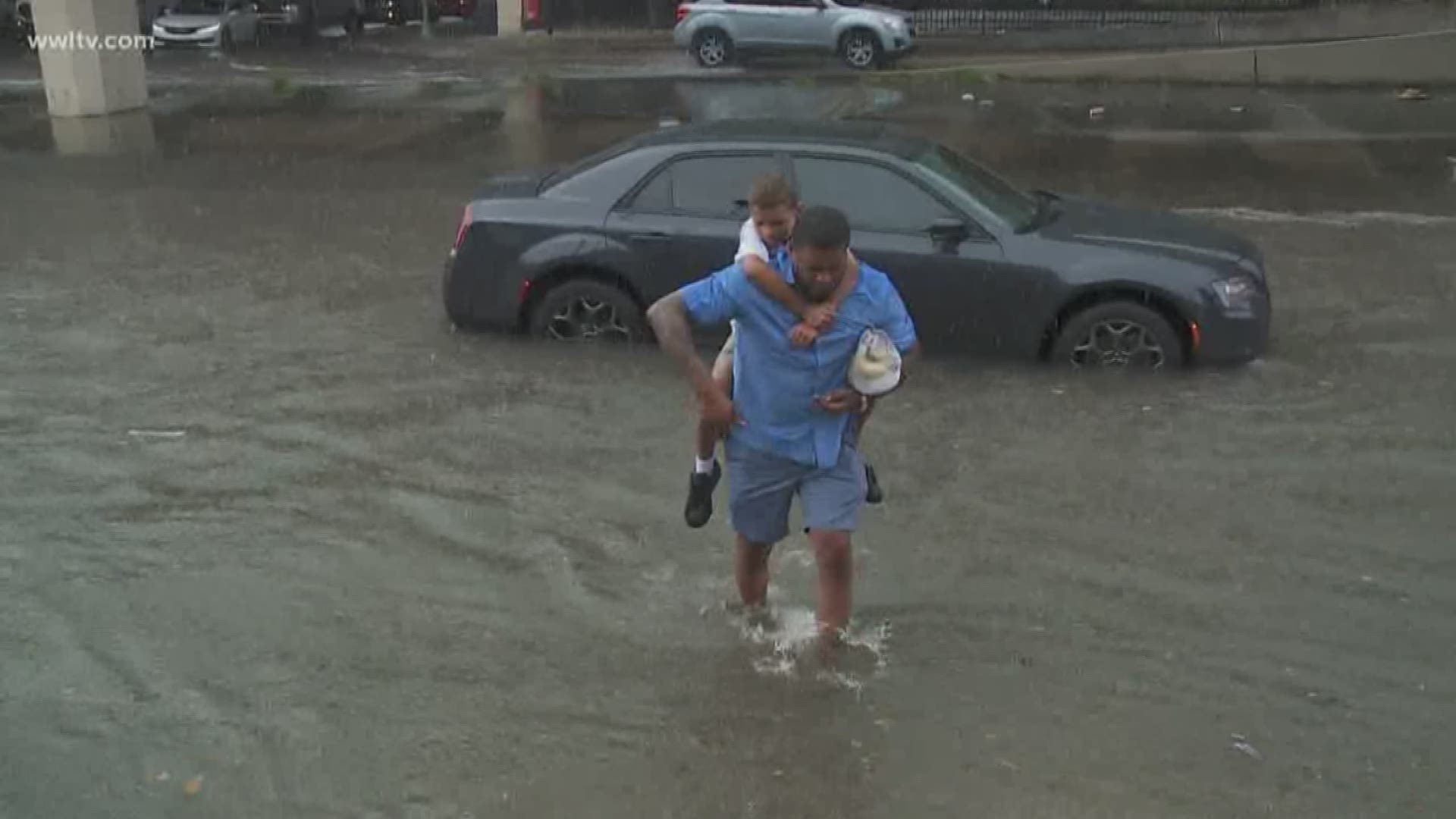 The WWL-TV weather team reports that about 3-5 inches of rain fell in Downtown New Orleans in less than three hours. Across the metro parishes, anywhere from 1-3 inches fell in the same time frame. A flash flood warning was issued for the area until 5:45 p.m.

The city of New Orleans lifted parking restrictions and allowed residents to park on neutral grounds, but as of 4:55 p.m. dozens of flooded streets were reported on the city's interactive Streetwise map and by residents on social media.

"We are continuing to monitor incoming weather. We are actively engaged in a flood fight. Heavy amounts of rain fell on many areas of the metro area. Please stay weather aware and do not drive through flooded streets," the Sewerage & Water Board tweeted.

RELATED: Down the Drain: An Eyewitness Investigation

On Poydras Street in the Central Business District, WWL-TV reporter Paul Murphy spoke with several residents, many of whom are lifelong residents who said street flooding has gotten more regular and more severe in the last few years in the city.

"They just pulled a raggedy car out of one sewer last week! That's been there for years blocking the drainage system," one man said.

On Twitter, dozens of residents took photos and videos to show their streets and streets near their workplaces flooding.