Debate over transgender athletes bill far from over in La. with Governor set to veto

Louisiana lawmakers voted to approve a bill that would ban transgender girls from playing on girls' sports teams. 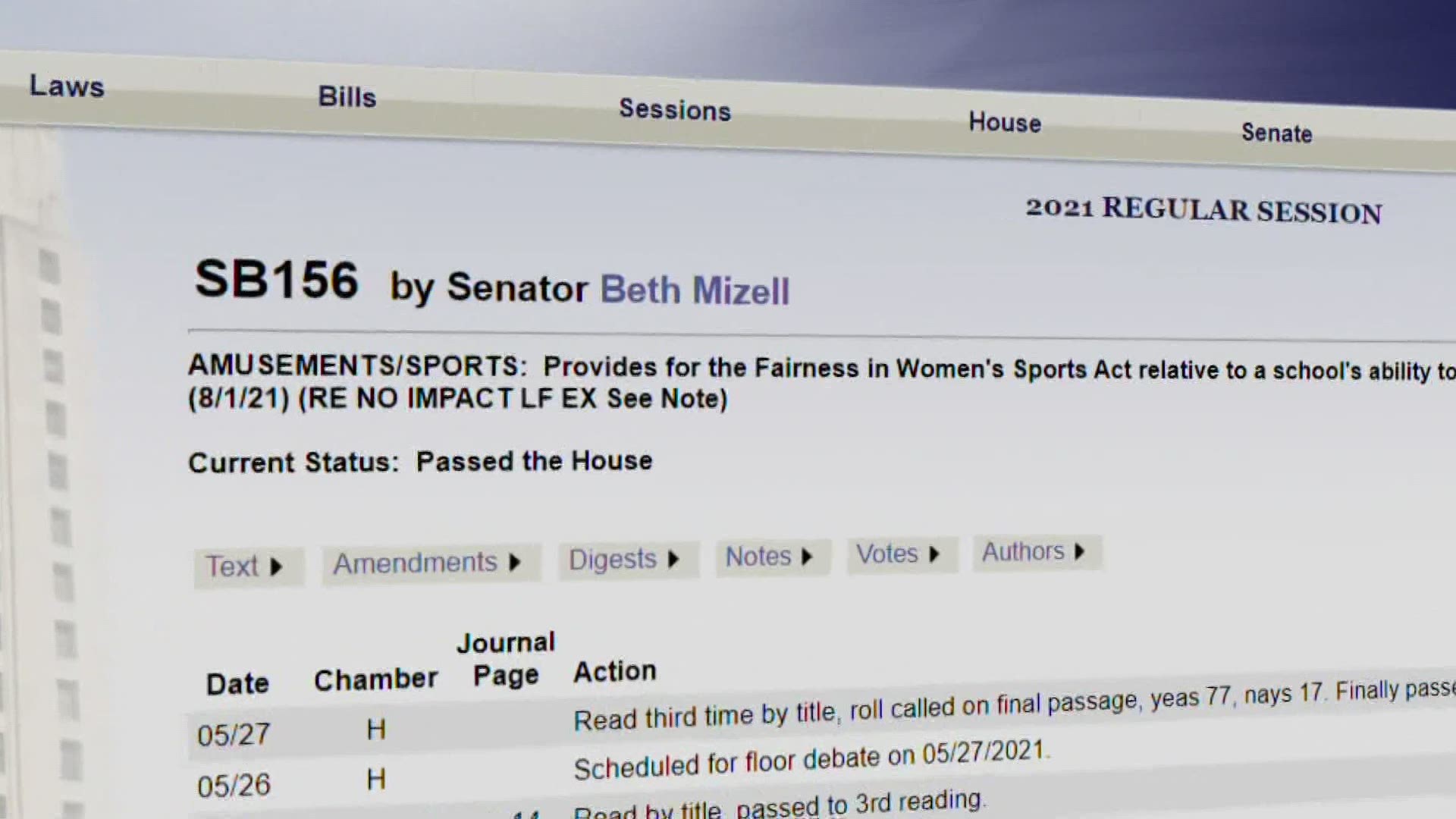 BATON ROUGE, La. — A round of applause went up in the Louisiana House of Representatives Thursday after lawmakers passed Senate Bill 156.

The controversial bill would ban transgender girls from playing on girls’ sports teams. Its backers say it would keep a level playing field if signed into law.

That's something Gov. John Bel Edwards isn't expected to do, setting up a battle in Baton Rouge.

That battle will be over something that some argue is a non-issue.

"At the end of the day, this bill addresses a problem that doesn't even exist,” Eyewitness News Political Analyst Clancy Dubos said.

New Orleans Rep. Royce Duplessis made a similar statement when the House debated the bill on Thursday. Jefferson representative Laurie Schlegel pushed back.

"I haven't been made aware of any instances in Louisiana, did you know, where this is a problem,” Duplessis said.

"I understand that. So yeah, so, there are already 30 states trying to pass legislation like this. We also have Tennessee, Florida, Idaho, Mississippi, Arkansas, Alabama, West Virginia, Montana have already passed legislation,” Schlegel answered.

"This is a solution in search of a problem,” Duplessis argued.

"No. This is a solution in search of a problem that's already happening in our country,” Schlegel responded.

Advocates said instances of transgender girls trying to join girls sports teams are rare, and they question how enforcing this law would work.

"You would inspect them, which is violating. It is humiliating. It's sexual assault in a lot of cases of kids,” Serena Borne, organizer of the Real Name Campaign, said.

During Thursday's debate, Representative Mandie Landry had a similar concern, saying it would open up student-athletes to questionable behavior from coaches.

"I would disagree with you on that and what this bill does, but I appreciate your question," Shlegel said in response.

While the debate on the bill is over for now, political observers say it'll soon heat up again.