Louisiana farmers get $180M in federal aid for tariff losses

"It's a Band-Aid," said Charles Cannatella, who grows soybeans on his family's farm in St. Landry Parish.

Credit: AP
FILE- In this April 5, 2018, file photo sorted soybeans are ready for shipment and planting near White Cloud, Kan. Statistics show the nation's farmers are struggling to pay back their loans after years of low crop prices _ with nearly one out of every five loans in a government farm program now delinquent. Figures recently compiled show an overall jump in delinquencies for producers with direct loans from the Agriculture Department's Farm Service Agency. Nationwide, 19.4 percent of FSA direct loans nationwide were delinquent in January. That compares to 16.5 percent for the same month a year ago. (AP Photo/Orlin Wagner, File)
Author: Associated Press
Published: 5:21 AM CST December 3, 2019

The Advocate reports that U.S. Department of Agriculture figures show more than 75% of that aid went to Louisiana soybean farmers. But some are questioning whether to continue to grow soybeans next year since the federal aid isn’t offsetting all their losses.

"It's a Band-Aid," said Charles Cannatella, who grows soybeans on his family's farm in St. Landry Parish. "We need our markets back. That's the only way we can have certainty."

Soybeans are a major agricultural product in Louisiana, with a farm value of $800 million, second only to sugar cane. China historically bought about 60% of Louisiana's soybeans.

When Trump boosted tariffs on foreign steel and other items to force China to change what he described as unfair trade practices, China slapped a 25% tariff on American soy products in 2018. 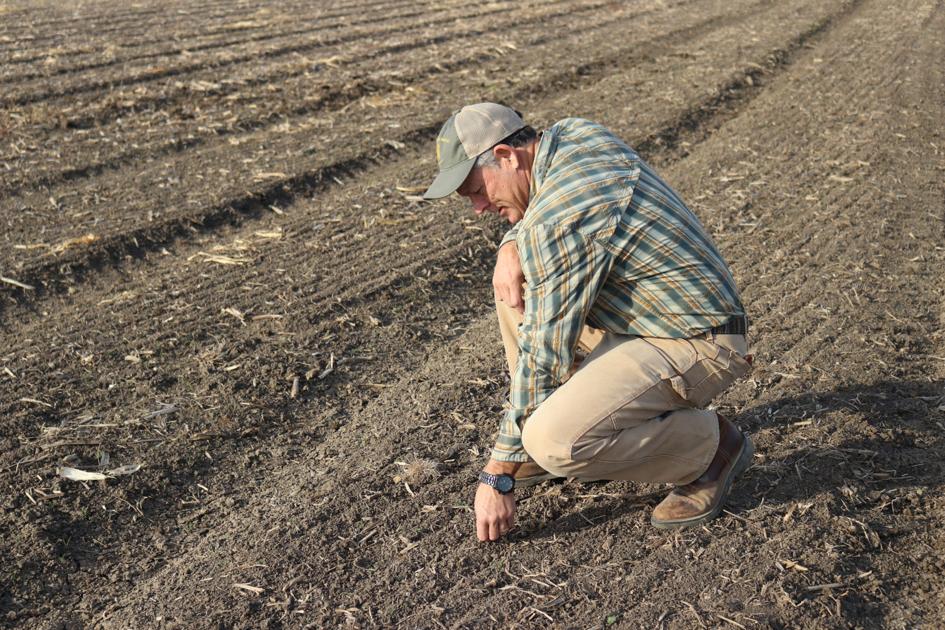 Louisiana farms collect $180M to offset tariff losses, but payments are a 'Band-Aid'
The trade war between the U.S. and China is forcing many Louisiana farmers to question whether they'll continue to grow soybeans next year as the federal aid package keeping them afloat by offsetting their losses isn't covering all their costs.

That forced many farmers to hold onto their cache of beans and wait until they could find better prices, while others had to sell them for whatever they could get on a transient market or plow them into the ground after rains ruined their crop.

Within a few weeks of China raising import tariffs, soybean prices plunged to under $9 per bushel last year — a price seen as a break-even point for most farmers. Prices hit their lowest point this May, selling at around $7.80 per bushel.

The Trump administration doled out $12 billion in 2018 and authorized an extra $16 billion for 2019 in aid for farmers harmed by its trade war. More than 7,000 Louisiana farmers are enrolled in the program. Payments are based on several factors, such as the acreage of a farm, the type of crop and the location.

Louisiana Agriculture Commissioner Mike Strain noted soybean acreage, at about 1.05 million acres (0.425 million hectares) this year, was down 290,000 acres (117,300 hectares) from a year ago and down 80,000 acres (32,375 hectares) from planting intentions released in March. But Strain is optimistic about trade talks and said if agreements are signed, "you'll see a big jump in soybeans."

A miserable growing season plagued by heavy rains and flooding added another blow amid the political uncertainties of a trade deal.

"I've been farming for over 50 years, and this is the worst season I've ever had," said James Guillot, a soybean farmer in Avoyelles Parish.

Guillot and other farmers who benefited from the federal aid say the money helped them weather an even worse storm. But Guillot worries about the reliability of the government program.

Ricky Rivet — who grows sugar cane, soy and other products in Morganza — made about $45,000 for his soybeans through the aid program, an amount he says helps but doesn't quite cover all his costs. Next season, he's considered planting more sugar cane.