Slidell Police Officer dies after medical emergency while on duty

A graduate of Southeastern Louisiana University, Theresa Simon earned a degree in Criminal Justice and started her career with the Slidell Police Department in 2002. 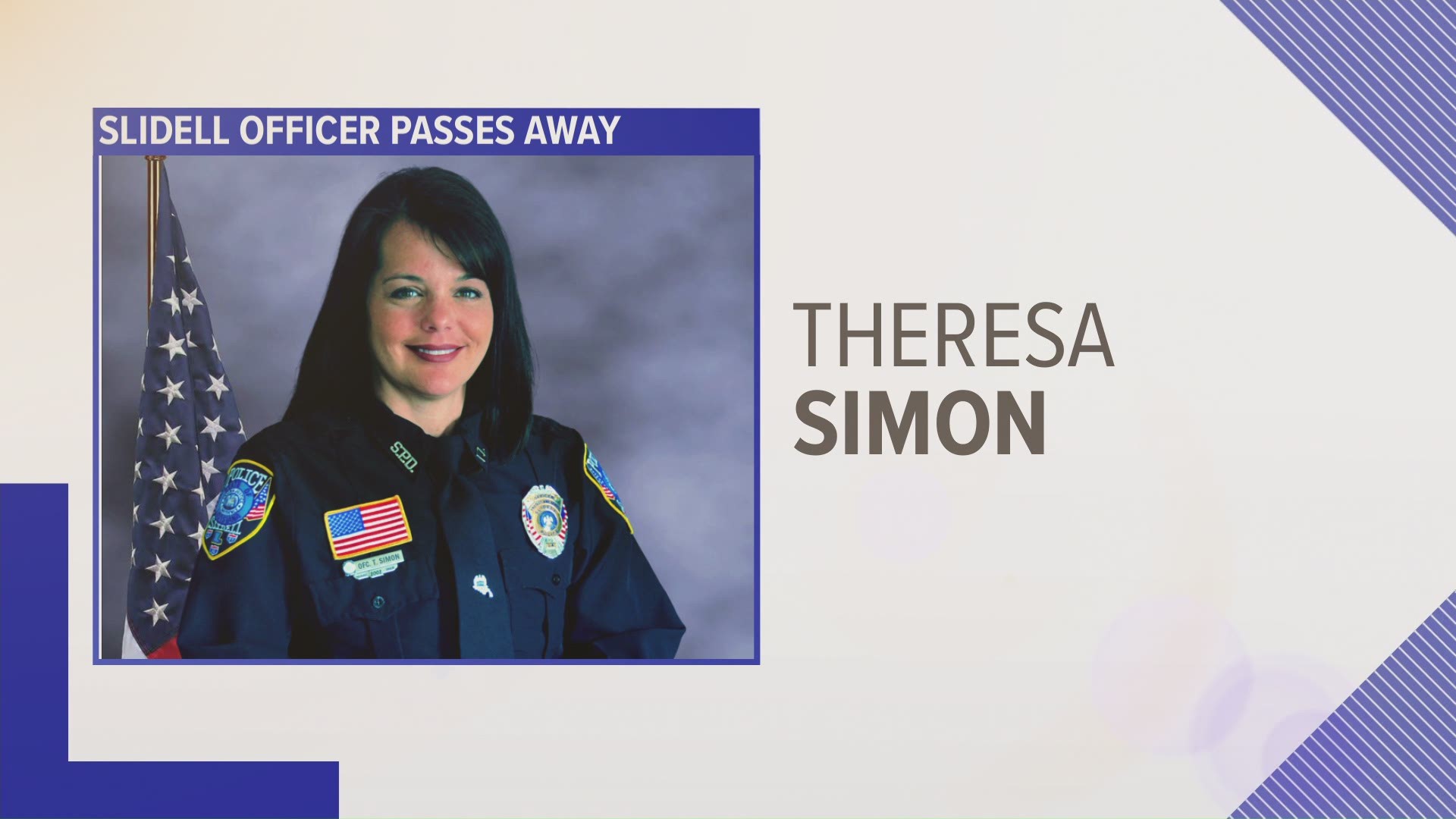 SLIDELL, La. — The Slidell Police Department is mourning the loss of one of their own Sunday after suffering a medical emergency while on duty, according to the department.

The police department announced in a press release, the passing of Officer Theresa Simon.

Officer Simon died as a result of her medical emergency.

A graduate of Southeastern Louisiana University, Theresa Simon earned a degree in Criminal Justice and started her career with the Slidell Police Department in 2002, according to the department.

She has held positions as a patrol officer, detective, academy instructor, and field training officer along with her most recent role as a School Resource Officer at Little Oak Middle School.

Officer Simon had just passed her promotional exam to become a Sergeant earlier in the week, according to the release.

It is with a heavy heart we announce the passing of Slidell Police Officer Theresa Simon. This afternoon, she passed away while on-duty, presumably from a massive heart attack.https://t.co/pzSA2LNbk4 pic.twitter.com/ojuckK3Dh2

As a result of her professionalism, Slidell PD said Simon earned several awards and accommodations for her outstanding law enforcement work. The department said she was proud to represent Slidell Police in the former reality TV show, Live PD.

The Slidell Police Department Chief Rady Fandal released a statement on the passing of Officer Simon:

“This is a big loss to our law enforcement family and citizens of Slidell. Officer Simon served and protected this city for over a decade and touched the lives of many. She is married to current Slidell Police Lieutenant Kevin Simon and has two loving sons, ages 2 and 10. Please keep the Simon family in your thoughts and prayers as this will be a very difficult time for them, as well as all of us here at the Slidell Police Department.”

Service and funeral arrangements will be announced later this week.