“That was his, it still has his smells ... We know he wore it at every game. It would be great to get back.” 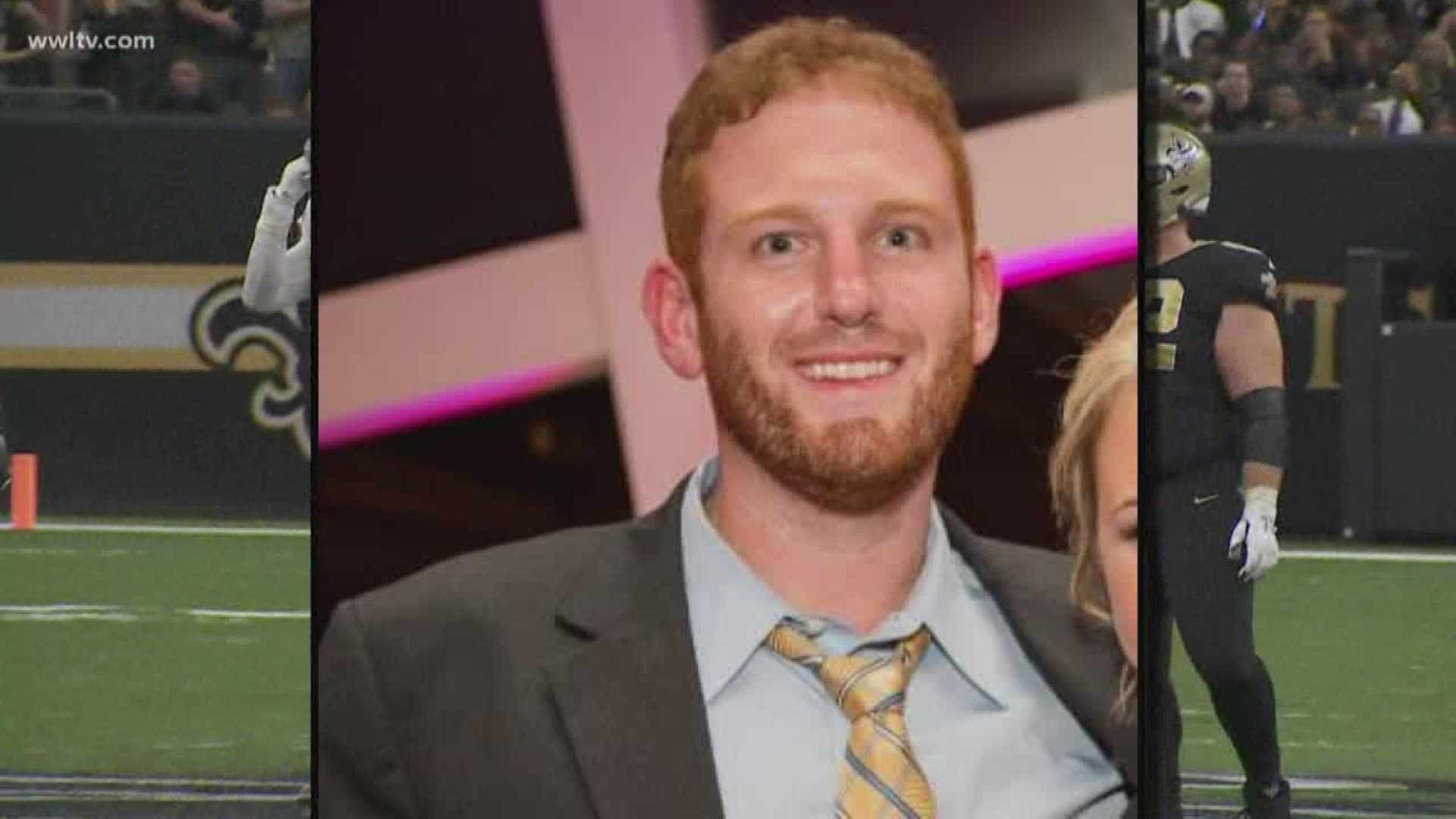 NEW ORLEANS — A family of Saints fans from Mobile, Ala. is desperate for your help to find a missing Drew Brees jersey.

They brought it with them to the home game at the Dome last Sunday against the San Francisco 49ers, but it hasn’t been seen since. The jersey belonged to Bobby Harper Jr., an emergency room nurse who passed away in a car accident in January.

The Harper family has been Saint fans and season-ticket holders for years. They had several family traditions they carried out at every home game including wearing the same outfit to each game.

“We all have our game day attire, we don’t change,” said Jennifer Harper. “Same socks, same shoes, same blouse, everything.”

Bobby Harper Jr. stuck out in a crowd at the Dome. He was 6’7” with red hair and a red beard. He always wore his Drew Brees jersey to the games.

“He was on his way to help a coworker who was stranded when he was killed in the car accident,” said his mother, Jennifer Harper.

The shock of his loss hit his family hard. The Saints traditions became part of Bobby’s end-of-life celebrations. They hosted a Saints tailgate at their home for his memorial. Bobby’s ashes are in a Saints urn.

This season, his family has attended games with his old jersey and hung it on his empty seat.

“There'll be times I hold onto it,” said Jennifer Harper. “I clutch it to my chest, I put it in front of me cheering.”

Jennifer Harper says she remembers packing up the jersey and putting it in her clear plastic bag before leaving the stadium Sunday. When the family got to the car, they realized it was gone.

“I think and assume someone took it out of the bag,” said Bobby Harper Sr. “It was an easy pick, they probably took it for a souvenir.”

The family wants whoever has the jersey to know its true value.

“That was his, it still has his smells,” said Bobby Harper Sr. “We know he wore it at every game. It would be great to get back.”

“It would mean the world to me, it’s just part of our tradition,” said Jennifer Harper.

The family believes the jersey could have been taken somewhere near their seats in Section 119 rows 13 and 14. The Drew Brees jersey was an extra-large. They say if someone would like to return the jersey, they can send it to WWL-TV.

The New Orleans Saints have reached out to the family to offer a new jersey, signed by Drew Brees.

Report: Saints' Marcus Davenport out for the season with foot injury

Saints prove they can compete with the best

Payton: We can't kid ourselves - we have to play a lot better