Forecast: The Saints win was the only normal thing on Sunday

When did the bizarreness of the 2020 Saints season hit you Sunday? 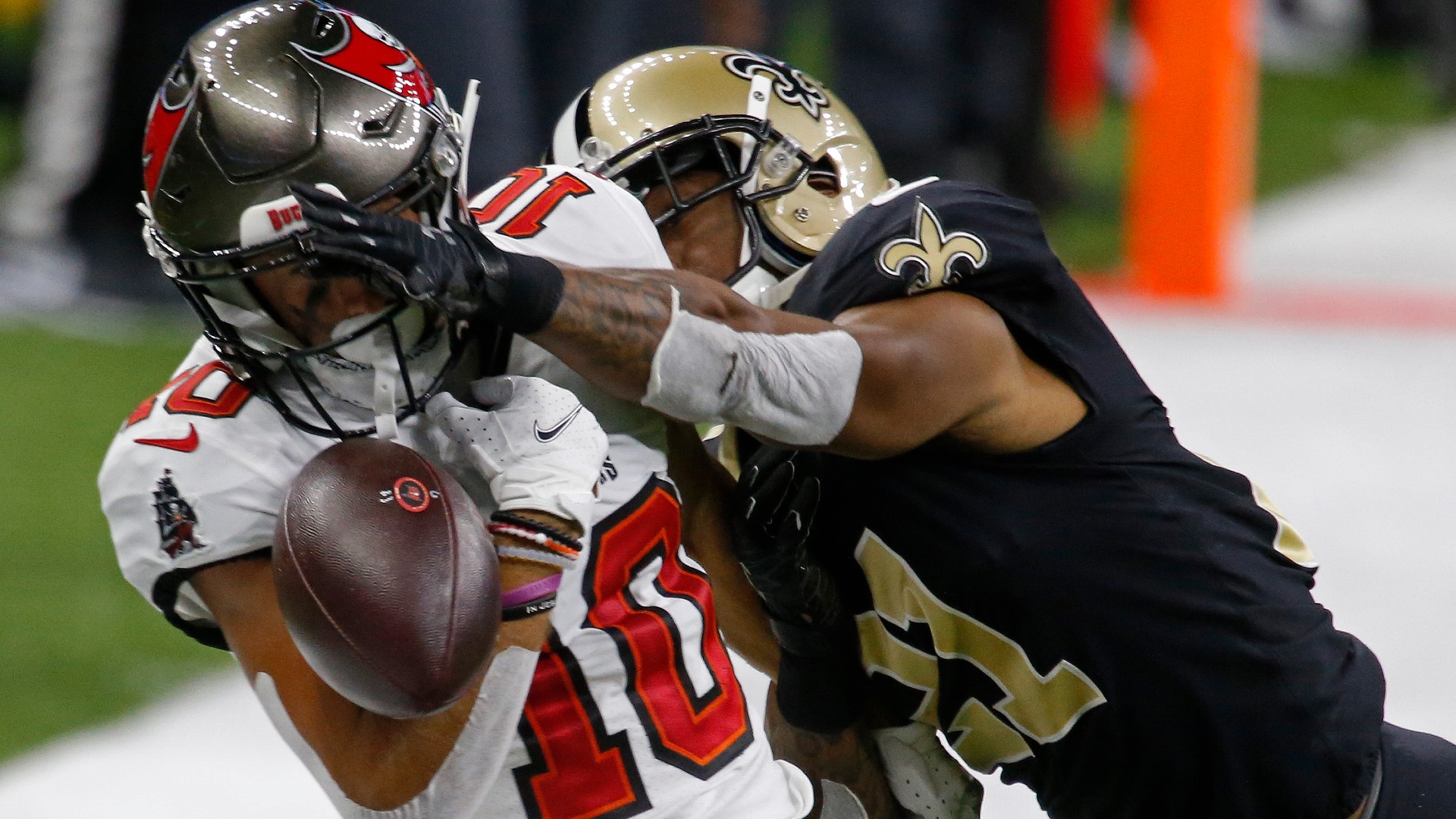 NEW ORLEANS — The New Orleans Saints dominated the Tampa Bay Buccaneers, made Tom Brady look old, slow, and had a week 1 party in front of 70,000 empty seats. The Saints delivering a rousing season-opening win where fans couldn't attend and enjoy Brady's mediocrity might be one of the most Saints things we've ever seen.

A 34-23 win where Drew Brees described his play as 'awful' and head coach Sean Payton said it was “as bad a game as I've had as a play-caller” feels pretty great right?

Payton having Taysom Hill throw a touchdown to Alvin Kamara when the game was already decided was peak Sean Payton 'I do whatever I want to do' and even though replay overturned it, I personally found it delightful and in my heart, Kamara had 3 touchdowns Sunday.

When did the bizarreness of the 2020 Saints season hit you Sunday?

For me, it was during Janoris Jenkins' interception return of a Tom Brady pass for a touchdown. The roof of the Superdome should have come off and I should've felt the bedlam in the stands through my television. Instead, the noise I was making in my den was louder than what was happening in the Dome.

I'm not complaining because seeing sad Tom Brady is always enjoyable, fans or no fans, it was just so strange.

The Saints defense delivered on what the reports from training camp told us – the secondary is deep and can make a ton of plays both good and bad. The Saints intercepted 2 passes but had 4 pass interference penalties. Penalties aside, Janoris Jenkins and Marshon Lattimore have the potential to be the best pair of corners the Saints have ever had.

The Saints defense was as advertised this offseason. They held the Bucs to 310 total yards, 38 percent conversions on third downs, and just 3.3 yards-per-rush.

The craziest thing about the Saints defense is the forgotten man from the 2017 Saints draft, Trey Hendrickson, followed up his fantastic playoff game against Minnesota with another dynamic performance. Hendrickson might end up being a 6-7 sack defensive end in 2020 and he's still the fifth-best player of that draft class. Lots of teams would love him as their second-best pass rusher, for the Saints in a perfect world he'd be like their 4th best rusher. This Saints roster is ridiculous and I hope Mickey Loomis can invent some Ponzi pyramid scheme where he can funnel Cleveland Brown's cap space to pay everyone.

Do you think Sunday was fun on defense? Wait until the Saints get their hands on an offense with a bad quarterback or offensive line. That's when mass destruction begins.

While the Saints' defense was getting the best of Tom Brady, the most appropriate way to describe what the Saints special teams did to Tampa isn't fit to publish on this nice website. It was a massacre.

The Saints blocked a field goal, forced a fumble, and had Deonte Harris and Thomas Morstead creating field position advantages all day. It was quite awesome and hysterical to see Saints defensive end and possible Game of Thrones Wildling Margus Hunt block that field goal. Dude is like 8 feet tall and has a beard. I expected him to ride off with Jon Snow beyond the wall after blocking that kick.

The only thing Sunday that wasn't quite as advertised was the Saints offense.

Drew Brees admitted after the game he was awful and he looked it. His pinpoint accuracy on short and intermediate throws was missing. He missed by my count about 5 throws where regularly he'd hit guys in stride but on Sunday he either missed completely or the receiver had to dive or come back for the ball.

Brees turned in an 18 for 30 afternoon that looked a lot like a Mitchell Trubisky type game. The one thing Brees didn't do was have any turnovers, and on a day where the Saints were plus 3 in the turnover column and had a defensive score, having your quarterback not make any huge mistakes is all you need to get a win.

After one week of 2020 Saints football, we had to adjust to the almost too nuts for words environment we will be dealing with every Sunday watching these games, but while almost everything felt different yesterday, the Saints continuing to be the best regular-season NFL team since 2017 felt exactly the same.