With his headbands, the linebacker has already raised more than $200,000 to help build a new emergency room for St. Dominic Memorial Hospital in Jackson, MS. 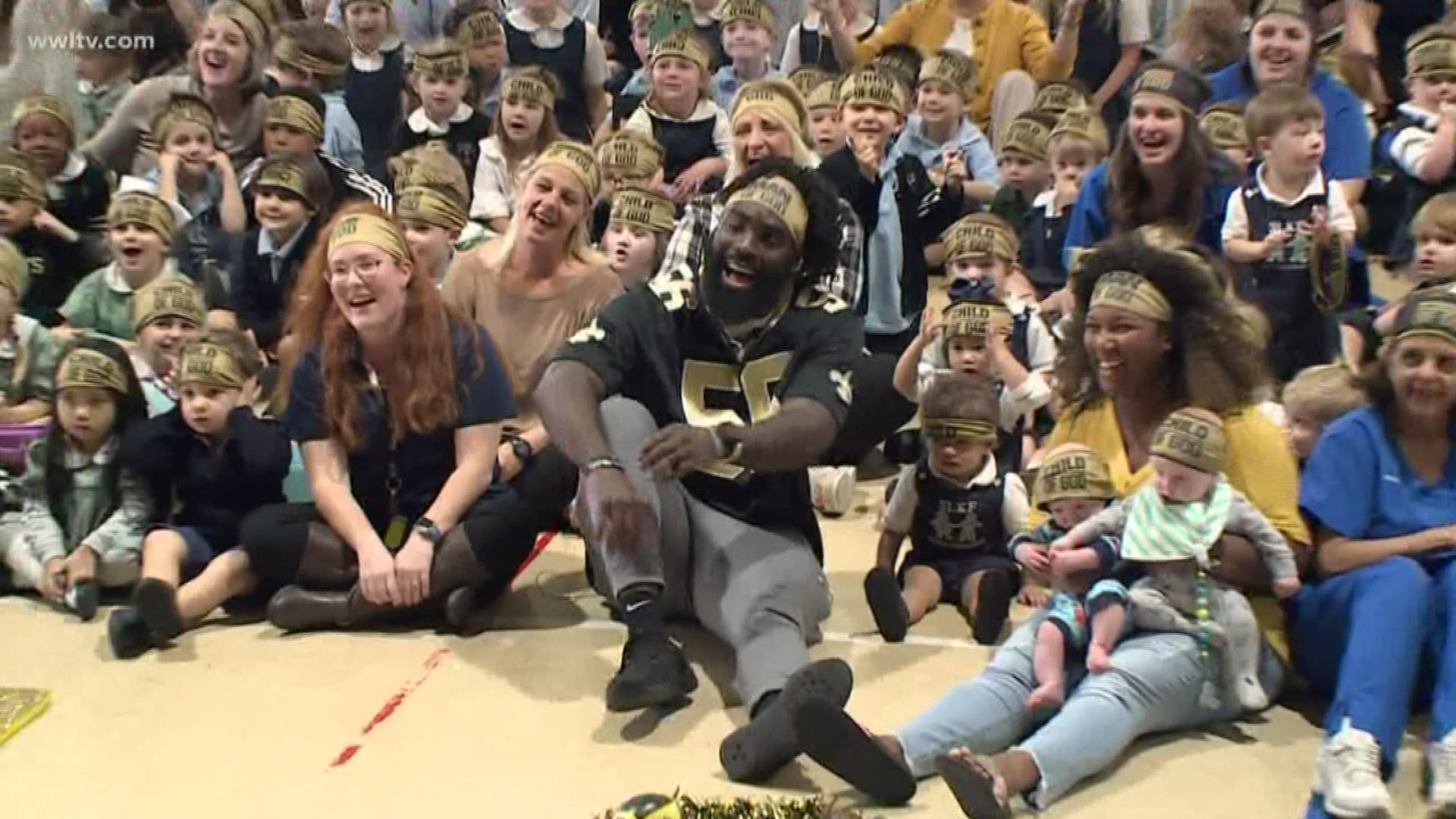 NEW ORLEANS — Children at a school in Bucktown got a special surprise Monday.

It happened when a Saints player decided to turn controversy over a uniform violation on the field into a way to spread the word about his Christian faith.

Children from 6-weeks-old in cribs, all the way to seventh graders, filed in the gym at St. Louis King of France Monday morning. They knew a big surprise awaited them. They could smell the boxes of pizza donated for their lunch, but they had no idea who was hiding behind the curtain.

Then, New Orleans Saints linebacker Demario Davis popped out from behind the curtain.

Davis came to say thank you to the students for supporting him when he was fined for wearing the 'Man of God' headband during the Saints' Week 3 game against the Seattle Seahawks.

Back then, the children made and wore their own versions of the headband. The $7,000 fine by the NFL was eventfully overturned and the children Monday got real 'Child of God' headbands from Davis.

"All of us are supposed to go to God with a childlike faith. For them to understand that we're all children of God and we should never be ashamed of that, I think it just encourages all of us in our faith walk," said Davis.

And the children did understand his message.

'It means a lot, just for him to wear something to say he believes in God. He has faith in God," said a fourth grader named Preston.

Another fourth grader, Sanders, said for him it means, "No matter what happens, I'm always with God,"

"You can wear anything that you want, so it's not against the law that you can't wear that or that, or like religion," said their classmate, Dylan.

In the end, Davis says it was he who got more out of the day, experiencing the pureness of heart that comes from children.

With his headbands, the linebacker has already raised more than $200,000 to help build a new emergency room for St. Dominic Memorial Hospital in Jackson.