Today's Main Course: Chef Duke is back with Dab's in Metairie

Chef Duke is now trying something new in a place he knows very well: Metairie, a building at 3401 N. Hullen Street near Lakeside Mall. 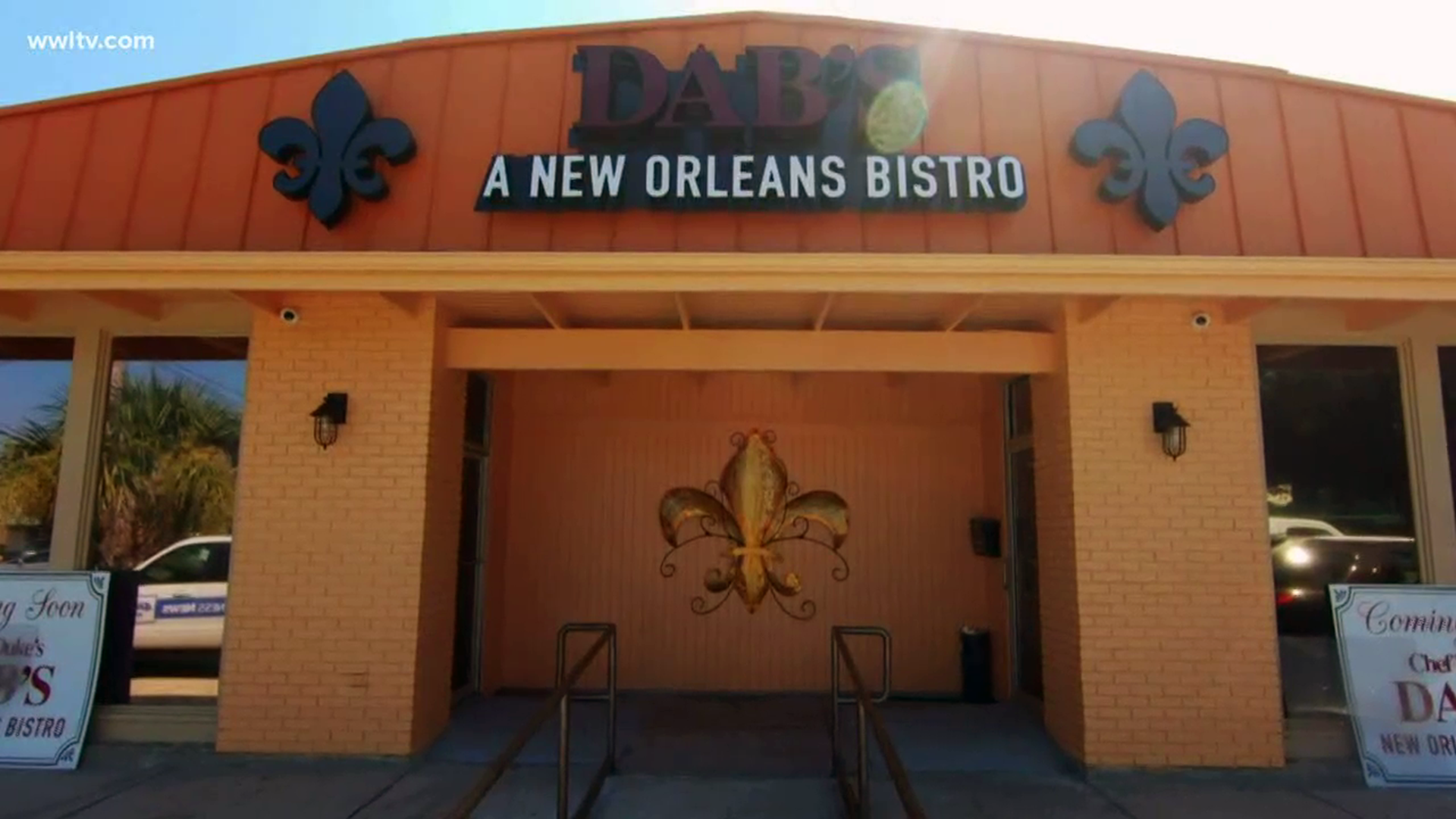 METAIRIE, La. — This is Dab's, Metairie's newest neighborhood restaurant. It's about to make its debut with some of Chef Duke LoCicero's dishes that made him famous at Cafe Giovanni.

Cafe Giovanni was a world-class, fine dining Italian restaurant on Decatur Street but business in the French Quarter was tough and his restaurant finally closed its doors in 2017.

Chef Duke is now trying something new in a place he knows very well: Metairie, a building at 3401 N. Hullen Street near Lakeside Mall that has been home to several restaurants, the last being Cello's. It'll now be Dab's.

Duke says his new place is something needed in Metairie,

"I think what's needed in Metairie is more locally-owned restaurants," he said. "There's too many chain restaurants. We're going to change that. We want to make sure people come from Metairie, support local people. If you look at this new place we have local artists, local beers. We're going to all do local, what's around the corner. That's what's important to me."

Duke says his place will be different for Metairie, especially on the weekend where it'll be a late night place. We asked him whether there's a market for that in Metairie.

"We're going to find out, won't we?" he laughed. "I think there is. We're doing it two nights a week but we will also be open for lunch and dinner and the way we're pricing everything, we're going to do some really good food at a reasonable price, casual service.

We didn't want to do 4-star dining like in the French Quarter. And the late-night thing, there's not a lot of late-night places even in New Orleans, unless you're talking about a bar that has food so it's something I thought was needed."

Duke has done tons of work here at the new restaurant, from renovating the kitchen - and making it one of the biggest he's ever worked in - to paying attention to every detail, including the artwork that will adorn his restaurant. He wants it all to be local.

As proud as Chef Duke was of his Cafe Giovanni, this place is special for him.  The name Dab's is short for Duke's given name, Dabney Ewing LoCicero

"'Duke' came when I was a kid," he said. "I'm named after the doctor who saved my dad's life. 13,800 volts, he (Duke's dad) was burned and survived that, he was a Marine. He survived quadruple bypass, cancer. He loved life, even as hurt as he was. And he couldn't think of anything better to do because he didn't have any money so he said well I'm going to name my first son after the doctor who saved my life, who is still living."

So, to say the least, this restaurant is very personal for Duke, and making it a success is his only option. That's why he's so confident in his concept here

"The right combination, the right solution is having good food at a reasonable price and having great service and where everybody knows your name, and a bar at a good price, quality drink and you're going to come back."

WWL-TV anchor Eric Paulsen can be reached at epaulsen@wwltv.com;