"So, what better place to have an idea that spreads around the world than from New Orleans?” 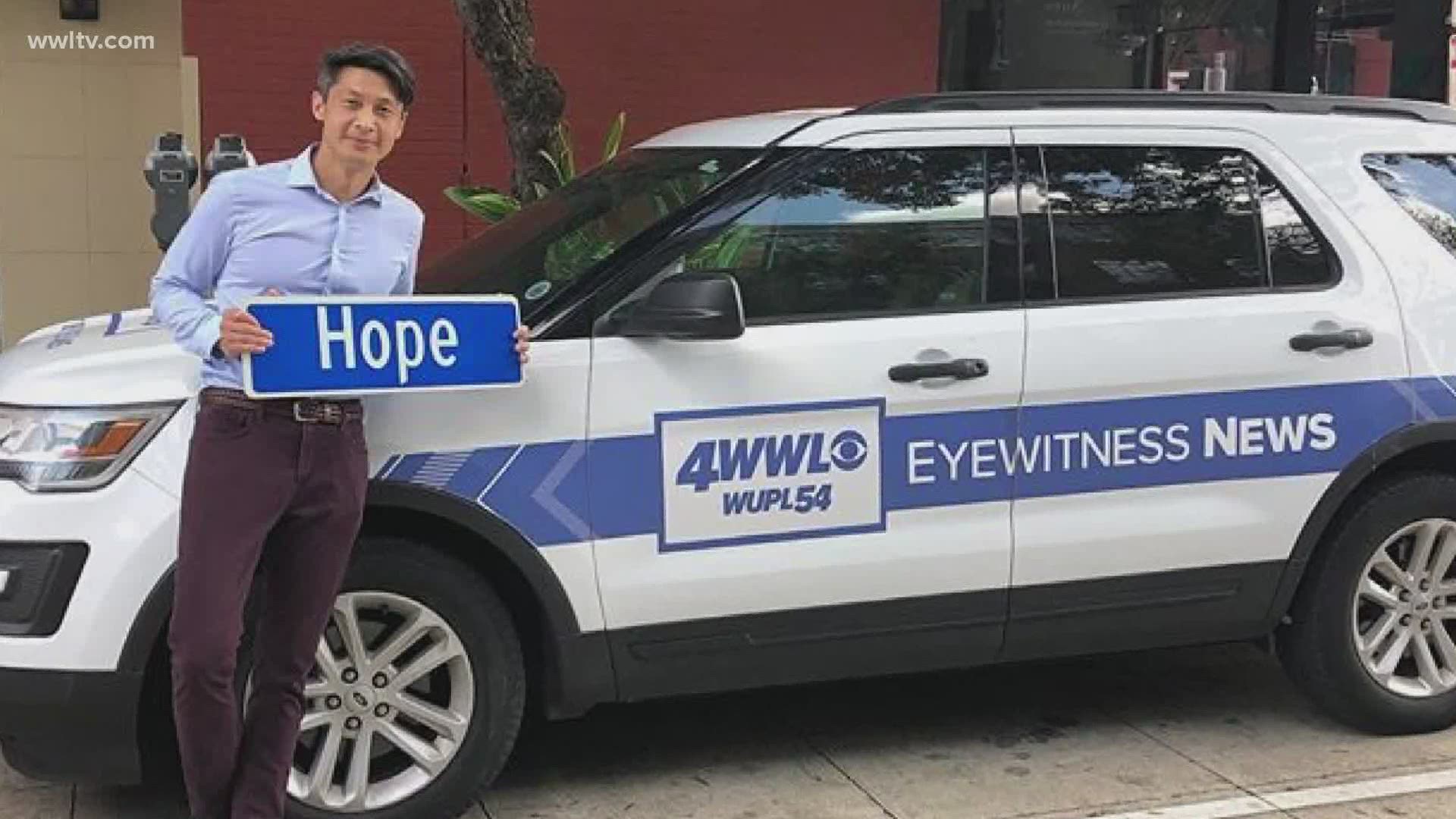 NEW ORLEANS — They are famous actors, musicians or the people who live next door. They’re all New Orleanians and they’re all part of the Hope Photo Project by local artist Jonathan Ferrara.

“I’ve been able to see some people who are in more dire situations than mine who remain completely hopeful,” said Ferrara.

During the first wave of COVID-19 in New Orleans, Ferrara felt trapped in a dark place.

“I felt completely paralyzed with a lack of creativity,” Ferrara said.

As the weeks went by, he was emotionally unsettled and creatively stifled. Then, through a different project, he was offered copies of street signs.

“Someone pulls out these street signs, he says you want a street sign? So, he pulls out Lafayette, and he pulls out another street, and somebody says Hope, and I said I’ll take that one,” Ferrara said.

That inspired him to spread the word on the sign by photographing people from all walks of life, holding it. His first subject was the Mayor of New Orleans. As for his favorite picture, he can’t really say.

“So, what’s my favorite photograph? Probably the last one that I did, or probably the one I did in that last week, because every time you’re amazed that the next one is better,” Ferrara said.

Ferrara says the only rule for the photo shoots was to be socially distant. Everything else was up to the people he photographed. They would choose the setting and how they would pose. The constant in every picture is the Hope street sign.

“It was a connection around hope and by me photographing them with the Hope sign it gave them hope and it gave me hope. I probably met and talked to on a very real basis more people than I met in two years because they were personal conversations, there was no rush to be anywhere,” Ferrara said.

Initially, Ferrara scheduled his sessions but then they became more impromptu.

“Those were ones where you’re driving to an appointment that’s scheduled then you see this shot and then you’re like, oh that’s a shot, you turn around and you come back,” Ferrara said.

RELATED: 'It's going to take a lot out of us' | Mardi Gras Indians remember, mourn big queen Kim Boutte

RELATED: 'Letters from the Porch' allows musicians to sing to healthcare workers

Since May, he’s taken more than 400 pictures, all of them on his iPhone. They’re then posted to social media, where Ferrara hopes the world can see the creativity of New Orleans.

“So, we’re originating ideas, right? So, what better place to have an idea that spreads around the world than coming from New Orleans?” said Ferrara

Hope can be found anywhere really, but if you’re looking for the actual Hope street sign in New Orleans, you can find it here in the 7th Ward. Of course, the pandemic’s impact reaches far beyond New Orleans. So, Ferrara is partnering with other artists for similar projects in places like Minneapolis and St. Louis. He’s also planning to push the project overseas to countries such as Jordan, Haiti and Germany.