Dedric Hurst, 18, is accused of two counts of aggravated kidnapping and one count of carjacking. 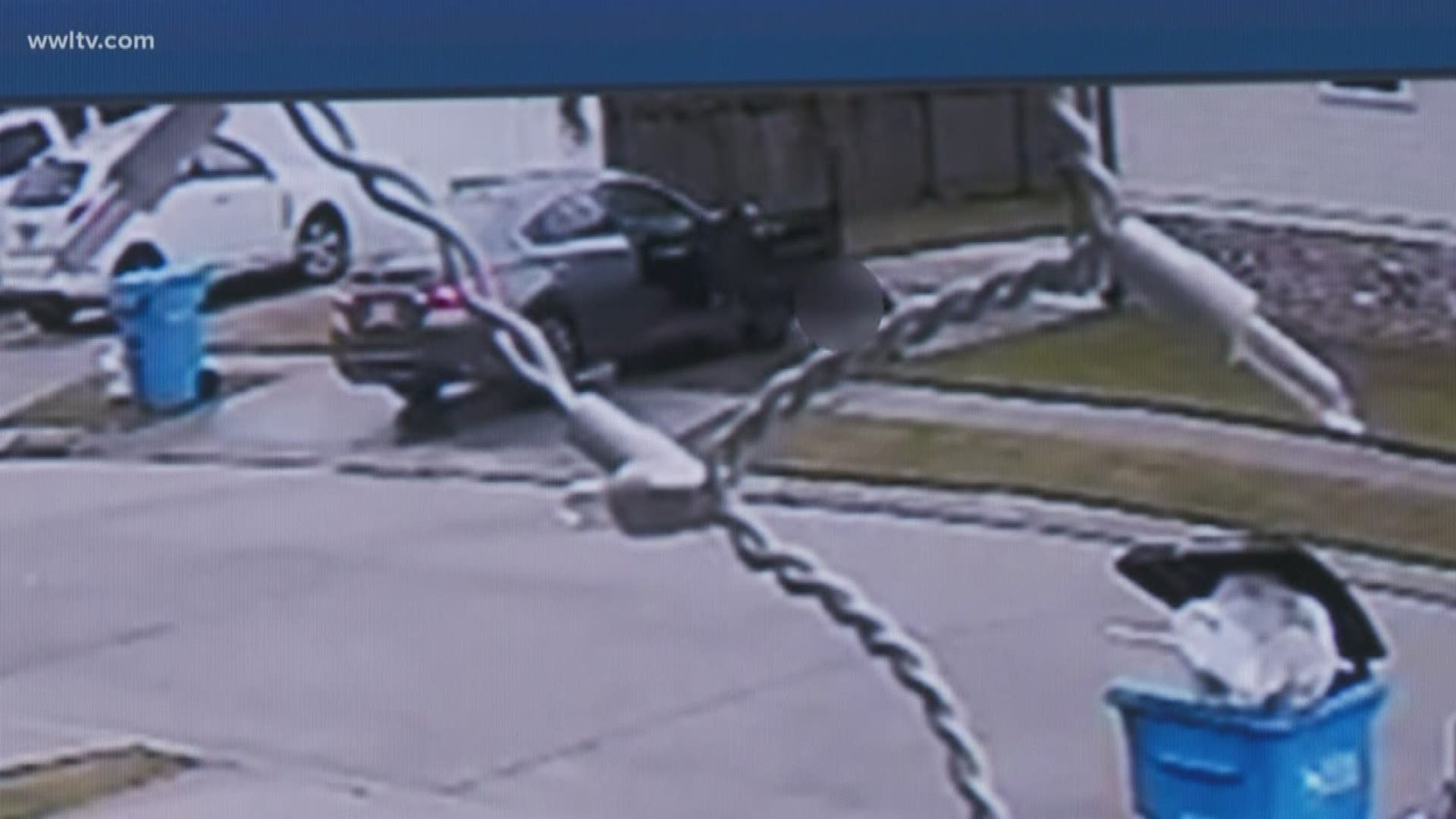 A man accused of stealing a car with two small children inside surrendered Friday after a warrant was issued for his arrest.

Dedric Hurst, 18, is accused of two counts of aggravated kidnapping and one count of carjacking.

According to the St. Bernard Parish Sheriff's Office, the children's mother was unloading groceries from her parked car in her driveway on Thursday afternoon when Hurst jumped into her vehicle and pulled out of her driveway.

Surveillance video shows the car door strike the woman, knocking her to the ground as the car appears to roll over her feet while Hurst drives away. Police say the woman is seven months pregnant.

"It's frightening just to watch the video," said St. Bernard Parish Sheriff James Pohlmann, on the phone with WWL-TV. "I can imagine how this pregnant mother felt, with not only being run over by the car, but her two kids being driven off."

Her two small children were still inside the car, secured with their seat belts.

Sheriff Pohlmann says the suspect dumped the car about a half mile away, and the kids were found unharmed and still in their car seats.

But their aunt, who did not want her face on camera for fear of retaliation, says the carjacker drove over the mother's feet, leaving her bruised, bloody, and terrified.

"She's scared, I think. It's terrifying that her kids was in the car. She's doing OK now, the kids are fine, thank God," the woman said.

Authorities identified Hurst as the suspect through surveillance video and eyewitness information.

His arrest is little comfort to others who live on King Drive. Some say their cars have been rifled through, and they're very careful at night.

"They don't care if you're in the car or not now. They're getting bold, more aggressive," said one woman, who did not want to use her name. "They're jumping in the car while you're there. That was a pregnant woman. And we never used to have that problem over here."