The statue known as "The Jefferson Davis Memorial Chair" was stolen in March and held for ransom. 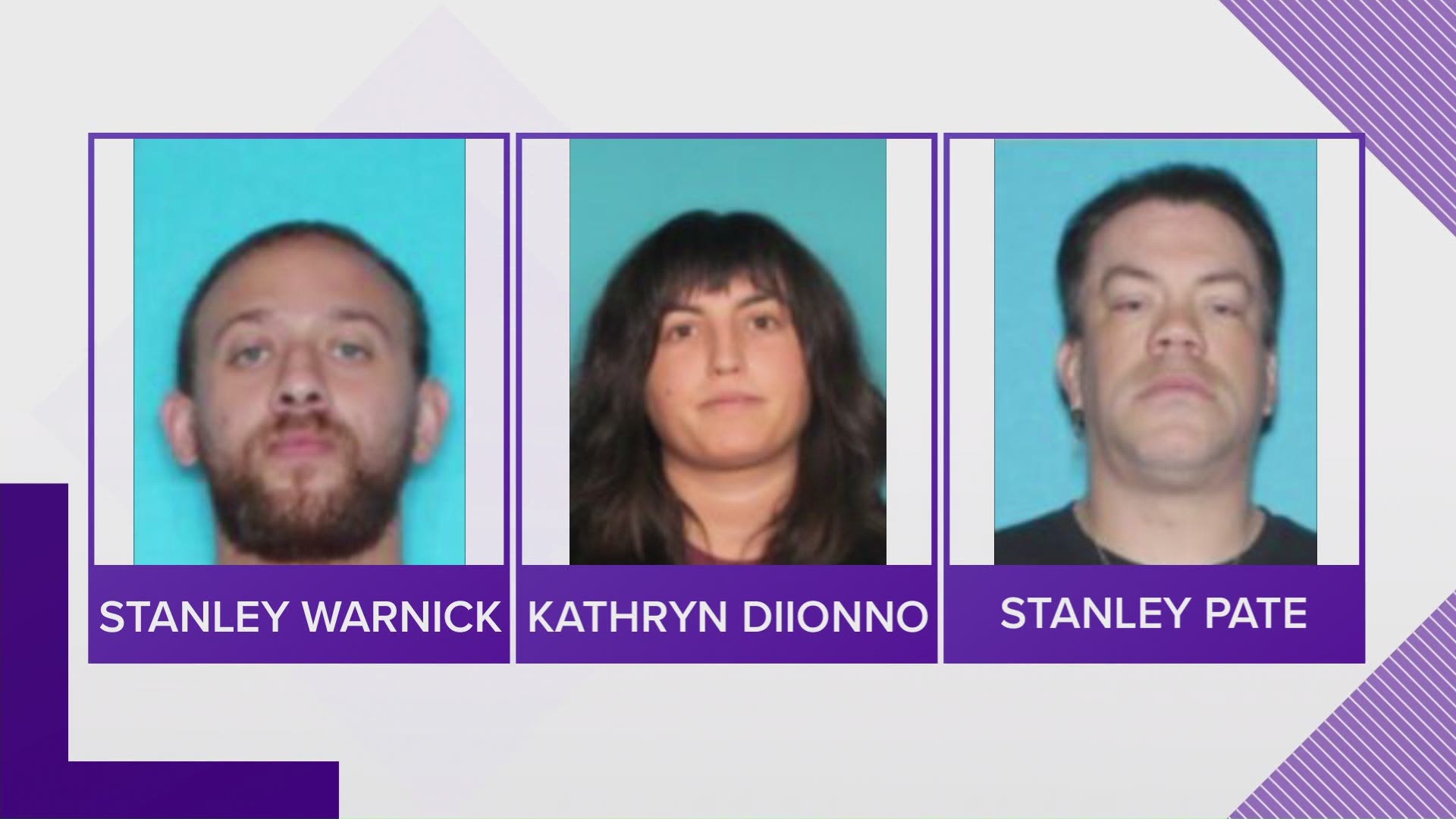 NEW ORLEANS — New Orleans police arrested two people and are searching for a third in connection to a Confederate monument stolen from Old Live Oak Cemetery in Selma, Ala.

According to NOPD, Alabama's Dallas County Sheriff's Office  received a tip that the concrete chair, known as the Jefferson Davis Memorial Chair, was in New Orleans.

Police found the chair near the corner of Feliciana and North Galvez Streets on Thursday, April 8, seemingly undamaged. Police say the monument has since been returned to its owners.

The Jefferson Davis Memorial Chair was reported missing on March 20 by the United Daughters of the Confederacy.

According to Dallas County District Attorney Michael Jackson, an email signed "White Lies Matter" was sent to media outlets after the monument's theft threatening to turn the chair into a toilet if the United Daughters of the Confederacy didn't display a banner at the Virginia headquarters with a quote from a Black Liberation Army activist on the anniversary of the South's surrender in the Civil War.

"Jefferson Davis doesn't need it anymore. He's long dead. ... Like most Confederate monuments, it mostly exists to remind those who's freedom had to be purchased in blood, that there still exists a portion of our country that is more than willing to continue to spill blood to avoid paying that debt down," the note said.

Patricia Godwin, a longtime member of the Selma chapter of the United Daughters of the Confederacy, said the symbolic chair for the Confederate president was donated more than a 100 years ago and sat with other Confederate monuments in a private section of the Old Live Oak Cemetery. The group said the monument was worth $500,000, according to the police report.

Anyone with information regarding this investigation is asked to contact Eighth District detectives at 504-658-6080.

The Associated Press contributed to this story.