Neighbors said they were inside when they heard gunshots start to fly around. 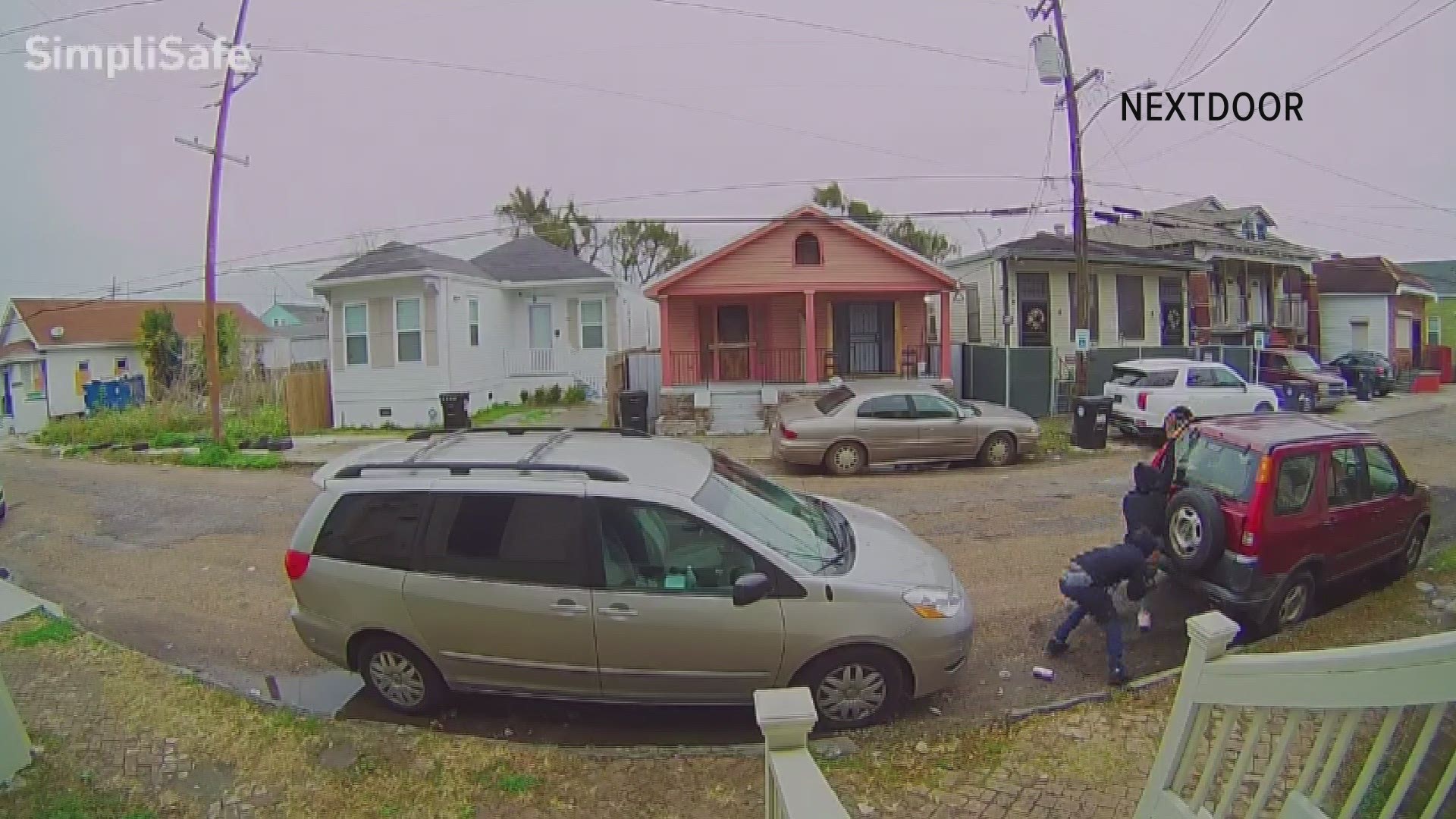 There was a frightening exchange of gunfire in the St. Roch neighborhood earlier this week that was caught on doorbell camera. The shootout, in the middle of the day, was dangerously close to people’s homes.

The video shows three young men walking in the 1600 block of Marigny Street Tuesday afternoon around 2:30. They spot a gray SUV heading toward Claiborne Avenue. Seconds later, somebody starts shooting from the direction of the SUV.

The men duck and take cover. Two of them pull guns and return fire.

One neighbor who did want to be identified said she was inside when she heard gunshots in front of her home.

“I was standing in the center of the floor,” she said. “When I heard the boom, boom, boom, we ran back to the back part of the house because at that time, we don’t know, bullets don’t have no name on them, we don’t really know where the bullets will go.”

P.J. Silva also heard the gunfire near his house and later watched video of the shooting.

“It just seemed like they had some enemies out there because they recognized the car first that was coming by,” Silva said. “Their response was to kind of get ready for something.”

RELATED: Three shot, one killed in series of related shootings in Algiers; NOPD says no arrests yet

RELATED: 3 arrested in relation to multiple car burglaries in the Third District

Some of the bullets hit a short-term rental down the street. One round went through a side window another shattered glass in the front of the house.

Kelly Hall says guests were in the kitchen during the shootout. Luckily, they were not injured.

“It’s very concerning because we’re trying to run a little business, an Air B&B and it’s not good for business to have these random shootings happening all the time,” Hall said.

Neighbors on Marigny Street are shocked by the young age of the gunmen and their lack of concern for where their bullets end up.

“It does seem like things are just kind of happening more and more lately,” Silva said. “Things are a little bit more careless.”

“The sense of security around here is gone and it’s just like we really don’t know how to feel,” the neighbor said. “What do you do? Where do you go? Who do you talk to about these kids?”

New Orleans police are investigating the shooting as an aggravated criminal damage to property incident. Detectives collected evidence and video at the scene and are now looking for the shooters.

The NOPD is also investigating a recent homicide in the 2700 block of Marigny Street – just ten blocks from Tuesday’s shootout. That killing happened shortly before 5 p.m., January 19.