“Just getting out of the house and being able to just see other people, you know, I think will be a good thing,” said Saucier. 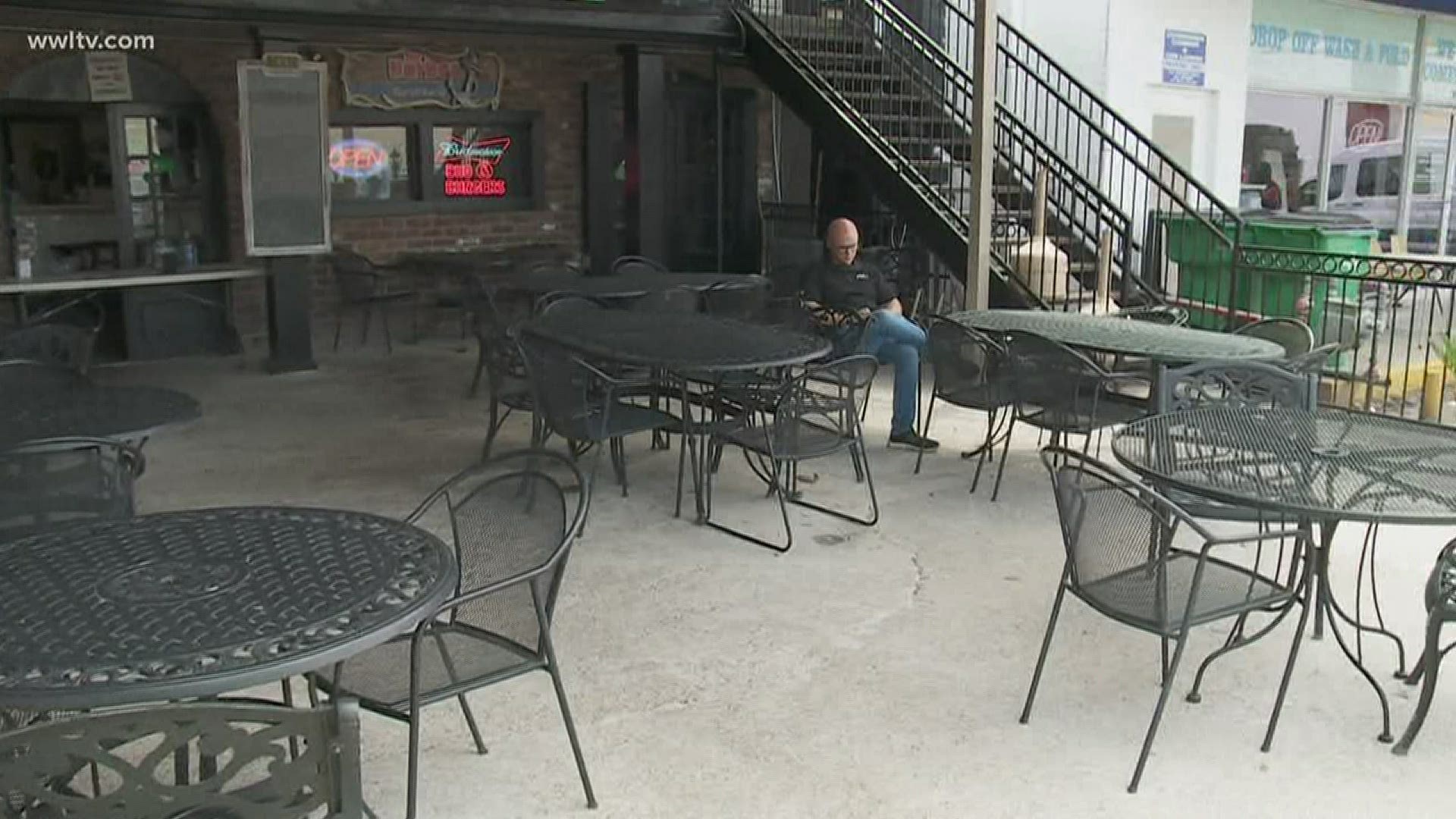 NEW ORLEANS — At The Harbor Bar & Grill in Metairie, third-generation owner Jason Saucier is ready to serve up outside tables to customers starting Friday.

“We’re going to half of our seating,” said Saucier.

It’s thanks to Governor John Bel Edwards, who announced Monday part of his extended two-week stay at home order will allow restaurants with outside seating to open those spaces to customers, but no table service. Since his restaurant is operating as to-go only, Saucier says that’s not a problem.

“Just getting out of the house and being able to just see other people, you know, I think will be a good thing,” said Saucier.

“There was a little bit of hope for us and now it gets shut down,” said Johnny Contreras whose family owns three El Gato Negro locations in New Orleans.

Currently operating as to-go only, Contreras even started ordering supplies and cleaning the patios at the locations in Lakeview and the French Quarter.

“I was literally wiping the table down when you called me,” said Contreras.

It’s the same situation for malls. Stores inside Lakeside Shopping Center in Metairie will be able to do curbside pickup, but eight miles away in New Orleans, stores in places like Riverwalk can’t.

“As we see these baby steps coming forward, that is a loosing of the restrictions,” said Jefferson Parish President Cynthia Lee Sheng

Sheng says while businesses will have a lot of work to do, she welcomes those changes. They’re also welcome back at the Harbor Bar and Grill.

“We just think it’s a first step in a long process,” said Saucier.

Now having to explore delivery options, for Contreras, that process is a bit more frustrating.