The cost ranges from $99 to $200 depending on the strength 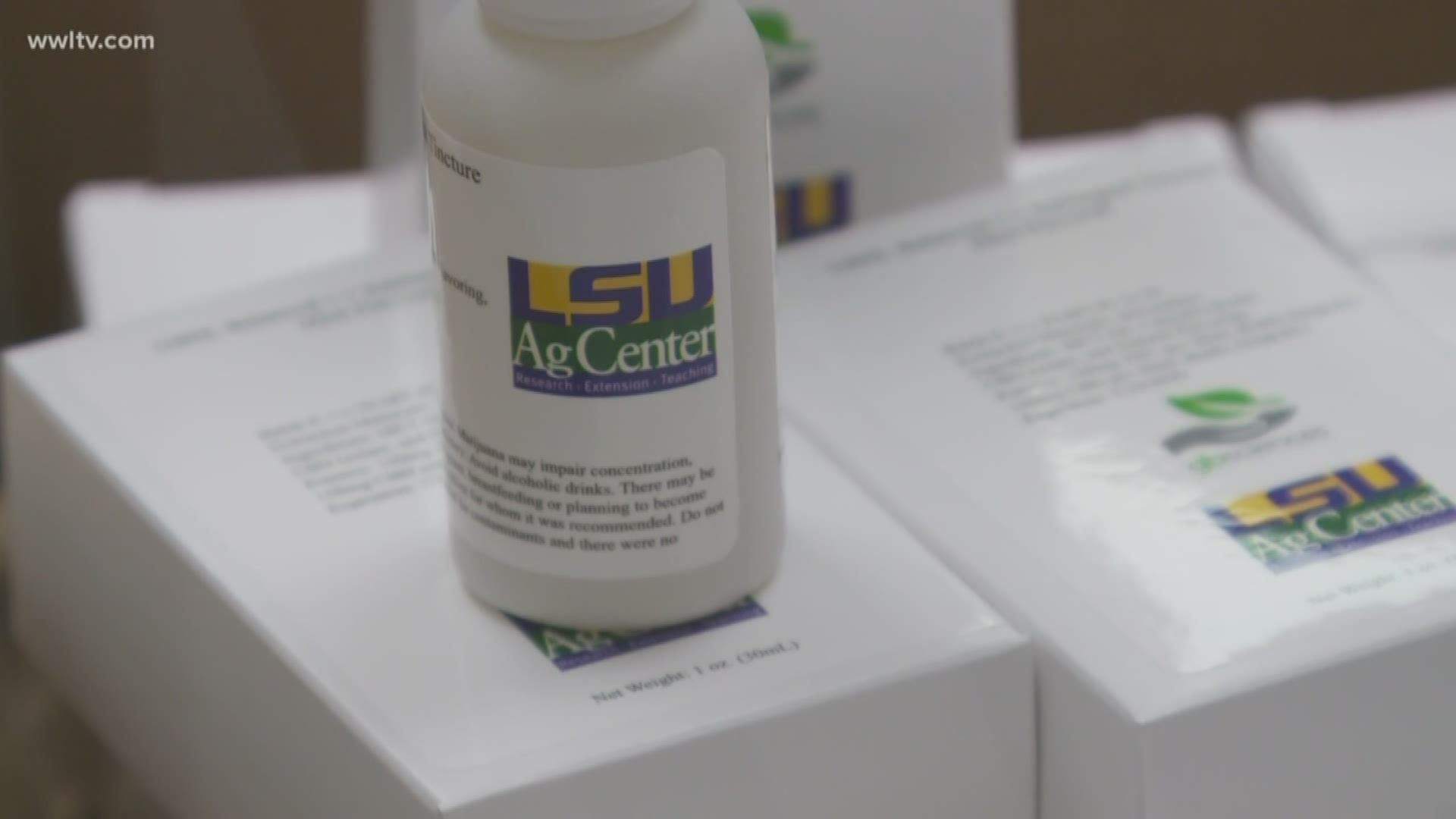 The one on the Northshore, in Madisonville, had a steady flow of patients.

There were children with autism, octogenarians with glaucoma, and all ages and medical conditions in between. First in line at the North Shore location was 80-year-old former state senator Tony Guarisco. Back in 1978, he wrote the first law for therapeutic use of marijuana. He was a young man then, in his late thirties.

"Here generations have suffered and not gotten medicine because of the recalcitrance of, of people in power, who never implemented the law that I passed," he remembers.

Guarisco says his doctor hopes it will help reduce inflammation for his glaucoma.

"Over two generations waiting for today. I never thought I would be ... a patient today," said Guarisco, who was a state senator from 1976-88.

He got his first liquid dose for drops to go under his tongue, as another patient cheered him on.

Just an hour after the Willow Pharmacy opened, there were already two dozen people who had come through.

Scott Rigdon was one of them.

"This is a really great day for Louisianians," Rigdon said.

He hopes this will help him get off of morphine for epilepsy and chronic orthopedic pain.

"This is very important, even though this is a great day for Louisiana, I do not think that marijuana should be legal, say in a convenience store," Rigdon said.

The largest group of eye physicians and surgeons in the world does not endorse marijuana for glaucoma. The American Academy of Ophthalmology says there are several safe and reliable treatments already and this is not adequate.

The cost ranges from $99 to $200 depending on the strength, and insurance won't cover the cost of product or the doctor visit.