This time, it was Jefferson Parish and other surrounding communities that issued boil water advisories, not New Orleans. 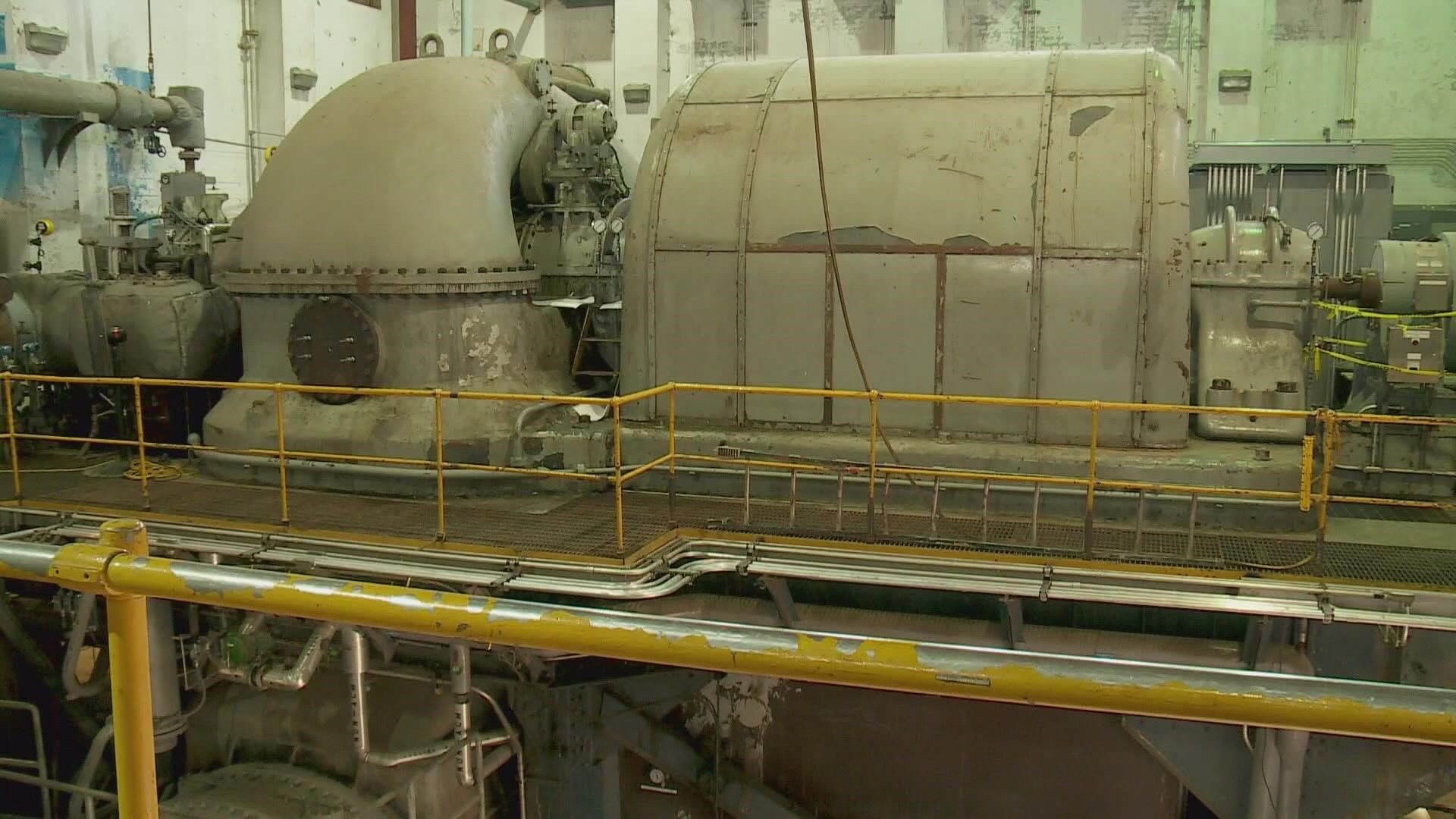 NEW ORLEANS — For the first few, dark days after Hurricane Ida, the New Orleans Sewerage & Water Board was producing more electricity in the city than the electric company.

That observation was made by City Councilman Joe Giarrusso, who normally rides herd on the Sewerage & Water Board about the many failures at the agency’s Carrollton Power Plant that have led to flooding and boil water advisories in recent years.

“Considering they lost Entergy power, it's pretty remarkable. One of my big concerns as the storm was approaching was whether or not we were going to lose power to the system,” Giarrusso said. “The fact that they were able to be a little bit over the 50 megawatts throughout this is, I think, something that many of us did not expect.”

This time, it was Jefferson Parish and other surrounding communities that issued boil water advisories, not New Orleans.

This time, it was Entergy that suffered a total power failure while the Sewerage & Water Board’s in-house power kept the drinking-water pressure up and the stormwater levels down. Only a few sections of the city in New Orleans East and Lakeview had standing water that couldn’t be pumped down by the day after the storm.

Unfortunately, the Sewerage & Water Board relies entirely on Entergy power to run its sewer system. The loss of all Entergy transmission lines into the Greater New Orleans area left all 84 sewer lift stations without power to pump raw sewage to wastewater treatment plants in the Lower 9th Ward and Algiers.

Sewerage & Water Board Executive Director Ghassan Korban had to use an emergency approval from the Louisiana Department of Environmental Quality to divert raw sewage into the Mississippi River.

“Because the alternative is sewer backing up into people's homes, which obviously creates public health-related issues,” Korban said. “And obviously no one wants sewage in their home. So, it was a very tough decision. But given the two options, I had to do the diversion and let the sewage flow into the Mississippi.”

The dumping of raw sewage into the river continued until Monday, Sept. 6, more than a week after Ida passed by. Korban said the total amount of sewage diverted will be reported to the LDEQ and the Environmental Protection Agency, but the totals haven’t been calculated yet.

The treatment plant also flooded in the storm, which limited the staff’s ability to use some of the treatment equipment when they had power, Korban said.

The impact is still being felt at the treatment plant, and the Sewerage & Water Board tweeted Thursday that operations there were just starting to “normalize”

Ironically, the very loss of Entergy power that caused the sewer issues may have reduced the volume of wastewater, and ultimately saved the city from a serious public health crisis.

“The fact that some people left the city, many people who stayed did not have power so they could not run their washing machines and what have you, that certainly helped reduce the volume,” Korban said.

Giarrusso said he’ll be asking the Sewerage & Water Board to answer questions about the power sources for the sewer system. Korban said he and his team are looking into ways to provide some backup power for the lift stations, potentially using mobile generators to deploy to the lift stations as needed. He said backup generators for all 84 stations would be too expensive.

The expensive work fixing the broken Carrollton Power Plant turbines has often been a fool’s errand, but it finally paid off in Ida. Turbines 4 and 5, which have cost upwards of $70 million to repeatedly repair in recent years, both pulled through in the clutch.

“Those are not the machines we want to rely on for the future, but for this event, they served us well," Korban said. "(Electro-Motive Diesel generators) kicked in and they did their part. Back up generations and elsewhere also, and in many cases did their part as well. And there was a lot of prep work that that took place. And we put people in the right places, and we were just all hands on deck.”

It meant the drainage pumps were able to clear most city streets of water by the morning of Aug. 30, except in sections of New Orleans East, where Pump Stations 15 and 18 had problems, and in a portion of Lakeview, near Pump Station 12, where the only pump was already broken before Hurricane Ida.

“I’m proud of how the utility overall performed with the exception of these localized issues here and there,” Korban said.

There’s some debate about what caused the Lakeview flooding. Giarrusso and Korban both suspect it was not Pump Station 12, but some blockage in the drainage pipes or culverts. Giarrusso said he based his assessment on the fact that the area near the pump station flooded in May 2019 while the pump at Station 12 was functioning properly.

“The fact there was retention of water two years ago and 12 was up makes it harder for me to believe that 12 being down was an issue this time,” he said.

Giarrusso is asking the Sewerage & Water Board to answer questions about its systems’ performance in Ida during a City Council Public Works Committee meeting scheduled for Sept. 30.