46,000 customers are still without power in Jefferson Parish. 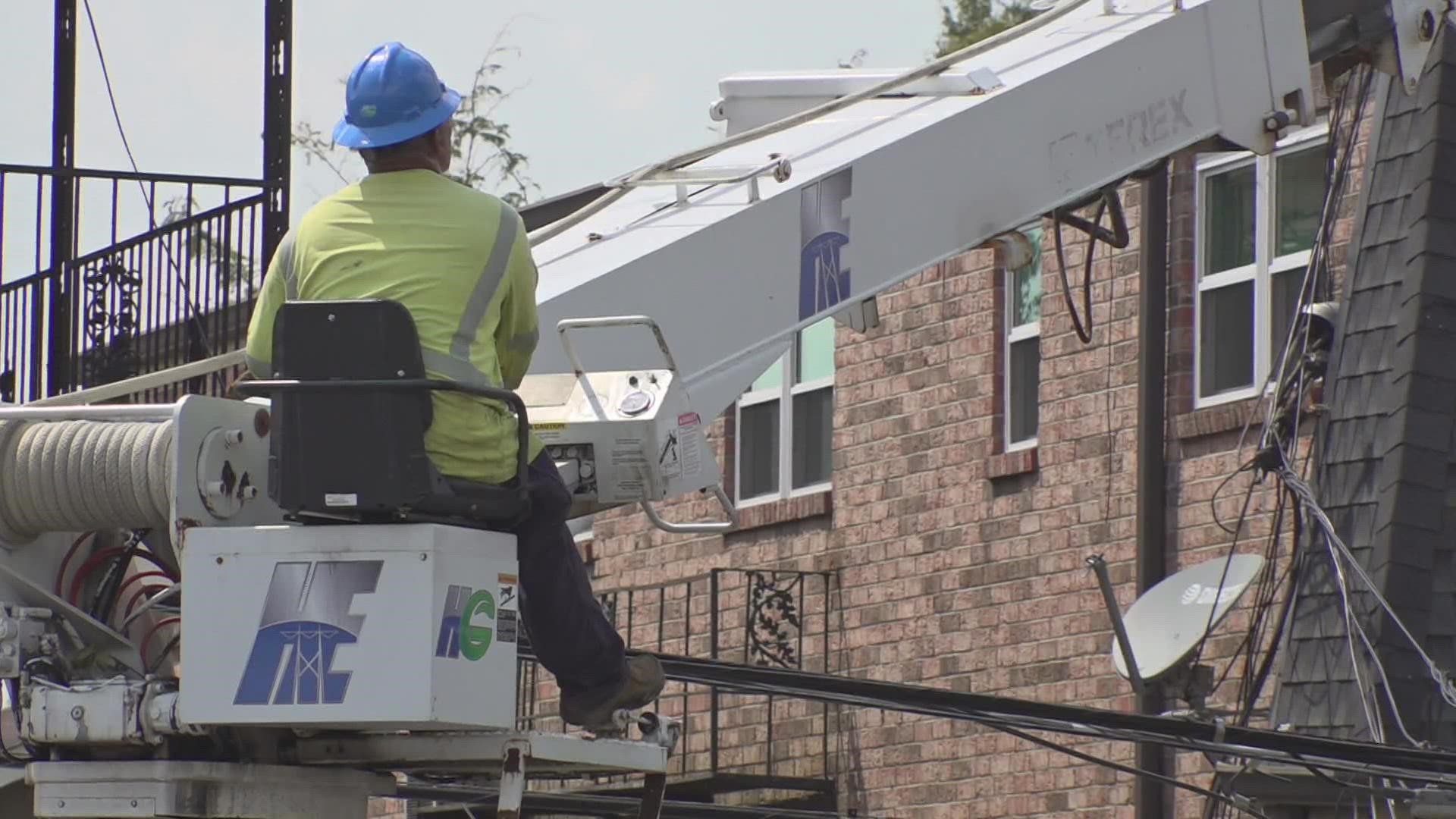 NEW ORLEANS — Entergy Louisiana has fallen short of its promise to restore power to 90 percent of Jefferson Parish by Wednesday.

On Thursday morning, the company said that 46,000 customers were still in the dark in Jefferson Parish. That means power has been restored to 78 percent of the parish's 210,000 customers. Entergy Louisiana CEO Phillip R. May said most of those customers will have power back on Thursday.

Instead, Entergy touted that 90 percent of customers in the Greater New Orleans area had their power restored. That is mostly because the city of New Orleans is at 98 percent restored with about 4,000 customers still without electricity.

The company also announced that it was moving up the target for restoring power in neighborhoods outside the levee system, including Lake Catherine, Venetian Isles, Irish Bayou to Sunday, Sept. 12, way ahead of a previous Sept. 25 estimate.

Entergy promised 90 percent of Jefferson Parish customers would have power back by last night. This morning they hit 78 percent restored, with 46,000 customers still out. Entergy La. CEO says most of those will be back on today. @WWLTV

For more updates on power restoration in your area visit www.entergy.com/hurricaneida/