The sheriff's office said the suspect allegedly barricaded himself inside a home after firing at the deputy near John and Peachtree drives. 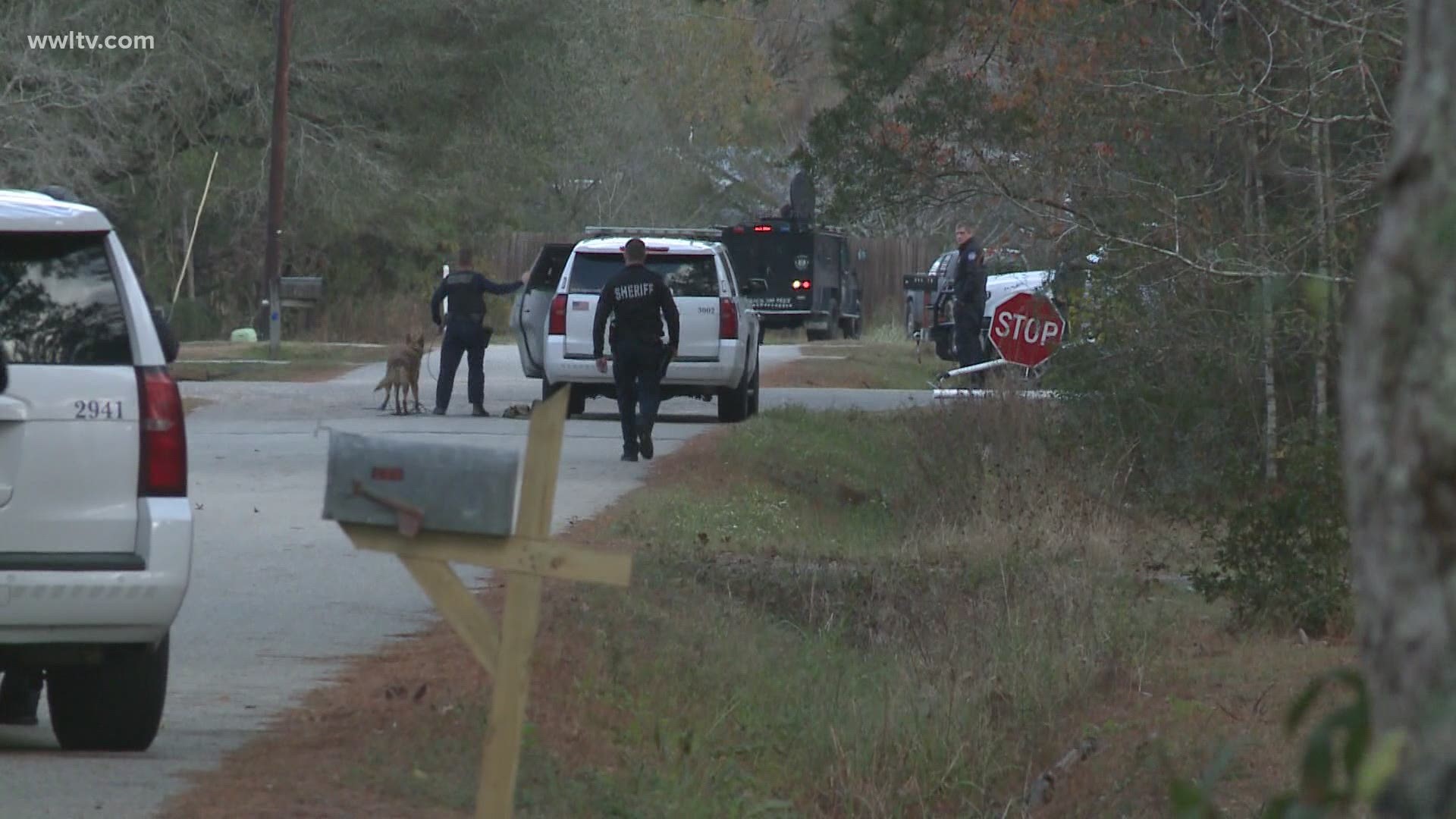 SLIDELL, La. — A 73-year-old man is in custody following a lengthy standoff with law enforcement after he allegedly shot at a St. Tammany Parish deputy on Wednesday morning.

The shooting and subsequent standoff happened near John Drive and Peachtree Drive in the River Gardens neighborhood near Slidell. The St. Tammany Parish Sheriff's Office said a man, later identified as Gerald Maxie, fired a single shot at a deputy who was serving an assault warrant. The deputy's vehicle was struck, but the deputy was not injured.

Sheriff Randy Smith said Maxie then barricaded himself inside his Peachtree Drive home, prompting a large law enforcement response to the area. Negotiators tried to talk with the man for hours as a SWAT team surrounded the home. Residents were asked to avoid the area during the standoff.

"This just goes to show you how dangerous [the deputy's] job is every day," Sheriff Smith said. "You don't take a call and expect to be shot at."

RELATED: Arrest made after deadly shooting during large party at Houma event center