Mayor Cantrell: City could fine you up to $500 if you aren't wearing a mask

The city is currently in Phase 3.2, which is part of a slower easing of restrictions than has taken place statewide. 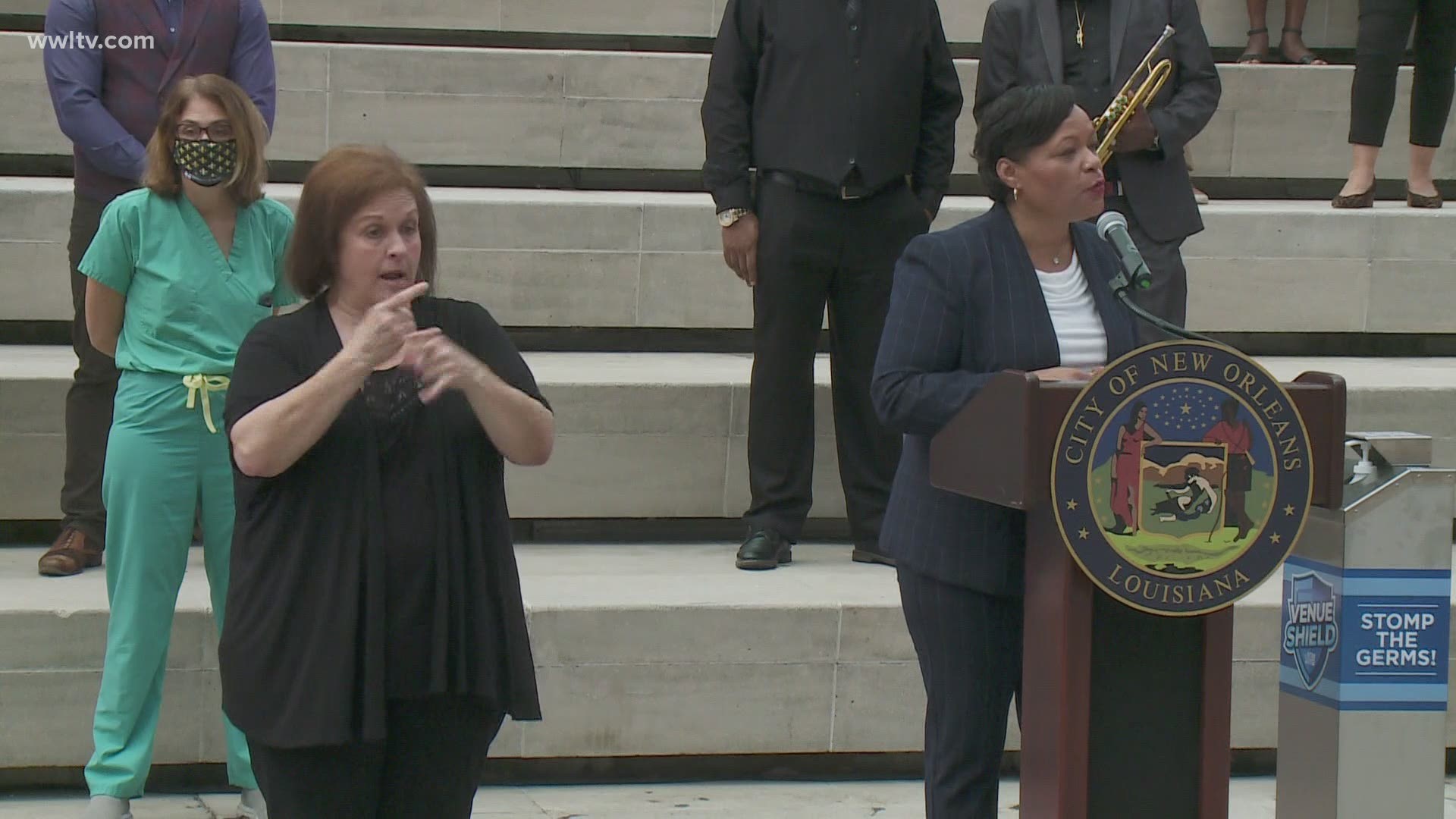 NEW ORLEANS — Leaders in the city of New Orleans say progress has been made in the battle against the COVID pandemic but that the city needs to keep up the diligence by wearing a mask, socially distancing and keeping gatherings to a minimum to move forward in the Phase 3 rollout.

To that end, Mayor LaToya Cantrell said that fines of $500 could be given out to those who don't wear a mask in violation of the city's code during COVID pandemic.

Cantrell said that those who can't afford the fine can work it off picking up trash.

The $500 fine is made possible by the state of emergency declared in New Orleans back in March. Masks were then made mandatory in Orleans Parish in a May 15 proclamation.

According to the Louisiana Homeland Security and Emergency Assistance and Disaster Act, anyone violating an emergency order can be fined up to $500, put in jail for six months, or both.

The Mayor called last weekend’s crowds on Bourbon Street “unacceptable,” but said the fines will be issued city-wide, and not have any particular target.

“We cannot single out a certain area, certain street, certain neighborhood, a certain person. We cannot do that and we will not do that,” Cantrell said.

There’s push back to the rule, though. New Orleans Attorney Craig Mordock calls this a “constitutional nuclear warhead,” and does not believe the fines would hold up in court.

“Just because the Mayor says it or she writes it in an emergency order does not make it a valid criminal law,” Mordock said.

“This completely goes against the 14th amendment of the United States Constitution that says the states have to provide due process for any taking of liberty or property.”

Whether or not the city’s fine would hold up in court, there is still a statewide mask mandate in effect.

The city is currently in Phase 3.2, which is part of a slower easing of restrictions than has taken place statewide.

The phased-in plan says the city of New Orleans could move to Phase 3.3 as early as Halloween.

"COVID is still among us," Cantrell said. "Everything we do has to be about mitigating risk as much as possible. We're in 3.2 right now, but if we want to move forward to 3.3, what we do now will determine where we will be."

The city currently allows bars to serve to-go drinks and have some outdoor capacity along with increased capacities for outdoor sporting events.

Phase 3.3 would allow some indoor bar capacity and further increase the limits of people allowed into timed and seated events - like church services - and at indoor and outdoor sporting events.

The State of Louisiana is currently one of the top performing states with the virus and the city of New Orleans has also been below its benchmarks to reopen more areas.

RELATED: 'An invisible industry' | Event workers suffer as gigs continue to fall through

The city said it had been waiting to see how cases trended after schools fully reopened, which happened last week, though students are allowed to still do virtual learning.

The city has also agreed with the New Orleans Saints to up the allowable crowd size in the Mercedes-Benz Superdome to 3,000 fans and gradually build that to 15,000 by the season's final home games if there is no setback with the virus.