The statewide count is at 90 percent and the self-response rate is 59 percent. Those are both third worst in the country. 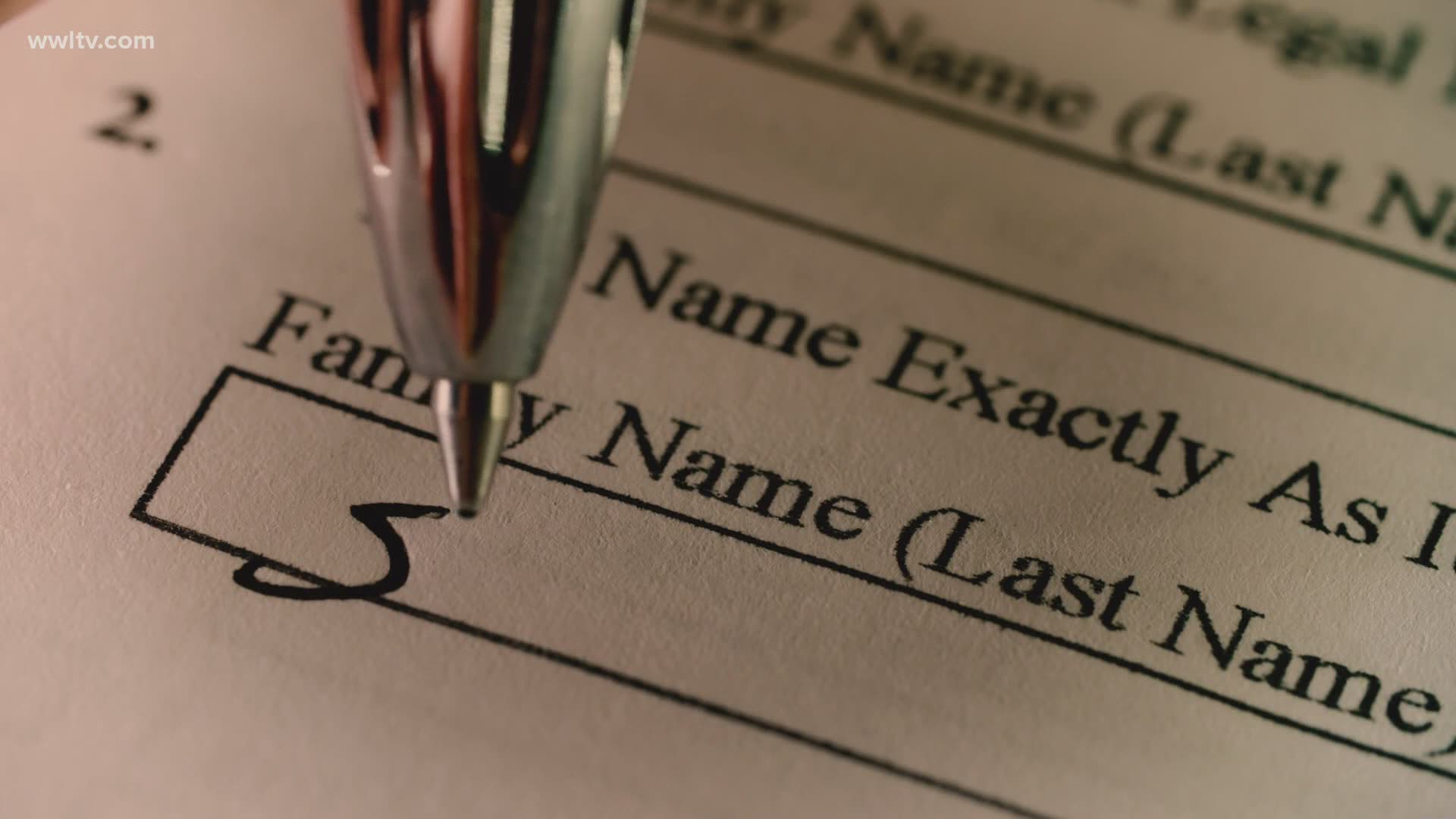 NEW ORLEANS — With just eight days before a Sept. 30 data collection deadline, the U.S. Census Bureau says Louisiana has the third lowest count and third-worst self-response rate for the 2020 census, besting only Montana and Alabama for participation in the decennial population count.

The statewide self-response rate for filling out census forms is 59 percent. That’s about 7 points behind the national average of 66 percent.

Even after census takers followed up with nonresponsive households, Louisiana's total percentage of households counted is only 90.4 percent, while the national average is 95.8 percent.

“And for every 1 percent of our population that completes the census, we can expect to receive an additional $120 million in important federal funding,” said former Metairie state Rep. Julie Stokes, who now leads a women’s public policy group called Ellevate Louisiana. “So right now, that 7 percent lower response rate could literally cost Louisiana almost a billion dollars.”

Some areas of central Louisiana have only been able to follow up with 85 percent of the nonresponsive households, according to data available at www.2020census.gov.

Comparing responses to the number of residential mailing addresses, the Census Bureau finds the problem is even worse in New Orleans, where the self-response rate is 57 percent. 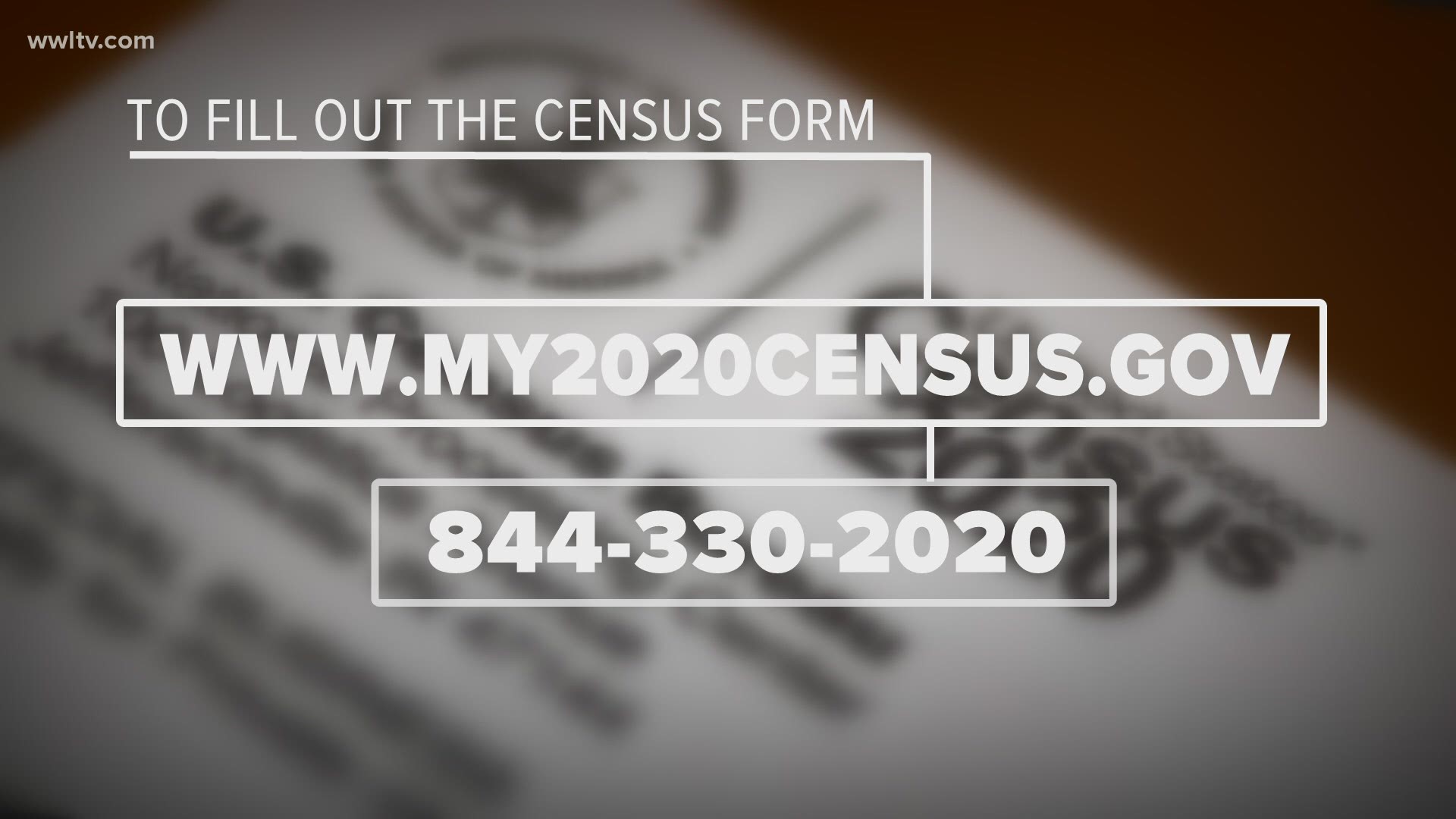 Mayor LaToya Cantrell’s administration has urged residents to participate, noting that the last time the census was taken in 2010, the city’s population had not fully rebounded from Hurricane Katrina. Her spokesman, Beau Tidwell, said the effect is the city hasn’t been accurately represented based on its population in 20 years.

Being undercounted could cost state dearly

The prospects of another undercount are especially bad in downtown New Orleans, the census block or neighborhood grouping that includes the CBD and Warehouse District. Only one in five households there self-reported by filling out a census form.

“Responding to the census is critically important to ensuring that we receive the federal resources that our area deserves,” said City Councilwoman Helena Moreno. “It's also really important when it comes to redistricting for particularly our congressional seats.”

Some estimates peg the loss in federal funding at about $2,000 for every person who doesn’t get counted.

Former State Rep. Julie Stokes of Metairie said responses have been low across the metro area. She started the women's policy group Elevate Louisiana, and said she and her colleagues are trying to figure out why the response rate has been so bad.

“There's just not as many census takers to remind us. Part of that because of COVID. People aren't exactly sure how to complete (the forms) without having that person to remind them and take the information,” Stokes said. “A lot of people just don't understand the connection to their everyday lives. But I have also heard out there that there are some (who are) afraid to put their personal information out there because they have a real distrust in government.”

Stokes also said fear of online scammers trying to get personal information also may be contributing to a greater distrust of the census process than it did in 2010 or prior decades.

Stokes says filling out the census forms is much easier and quicker than many people realize. She encouraged people to visit www.my2020census.gov to fill out a form online, or to call 844-330-2020 to have a census taker walk them through the process.

The city of New Orleans is also hosting a census and voter-registration drive this Saturday at Champions Square, next to the Mercedes-Benz Superdome. LaSalle Street, long closed off to traffic, will be open, with access from Girod Street through to Poydras Street. Moreno said she and Mayor LaToya Cantrell will be there, along with plenty of census takers and elections officials.

The event will also include a voter registration drive and a chance for voters to request absentee ballots. There will also be a free mask giveaway, and the Registrar of Voters’ office will be looking to sign up more poll workers.

Moreno said the national poll-worker recruiting organization, Power to the Polls, helped organize the event, along with More than a Vote, a group of pro athletes and artists led by basketball superstar LeBron James and including New Orleans Saints running back Alvin Kamara.

RELATED: NAACP pushes for new trials for anyone convicted by split juries