New Orleanians march to City Hall with trash in hand, on the curb, in the streets

With the stench in the air, New Orleanians marched to City Hall from St. Claude & Elysian Fields through the city streets, littered with bursting garbage bags. 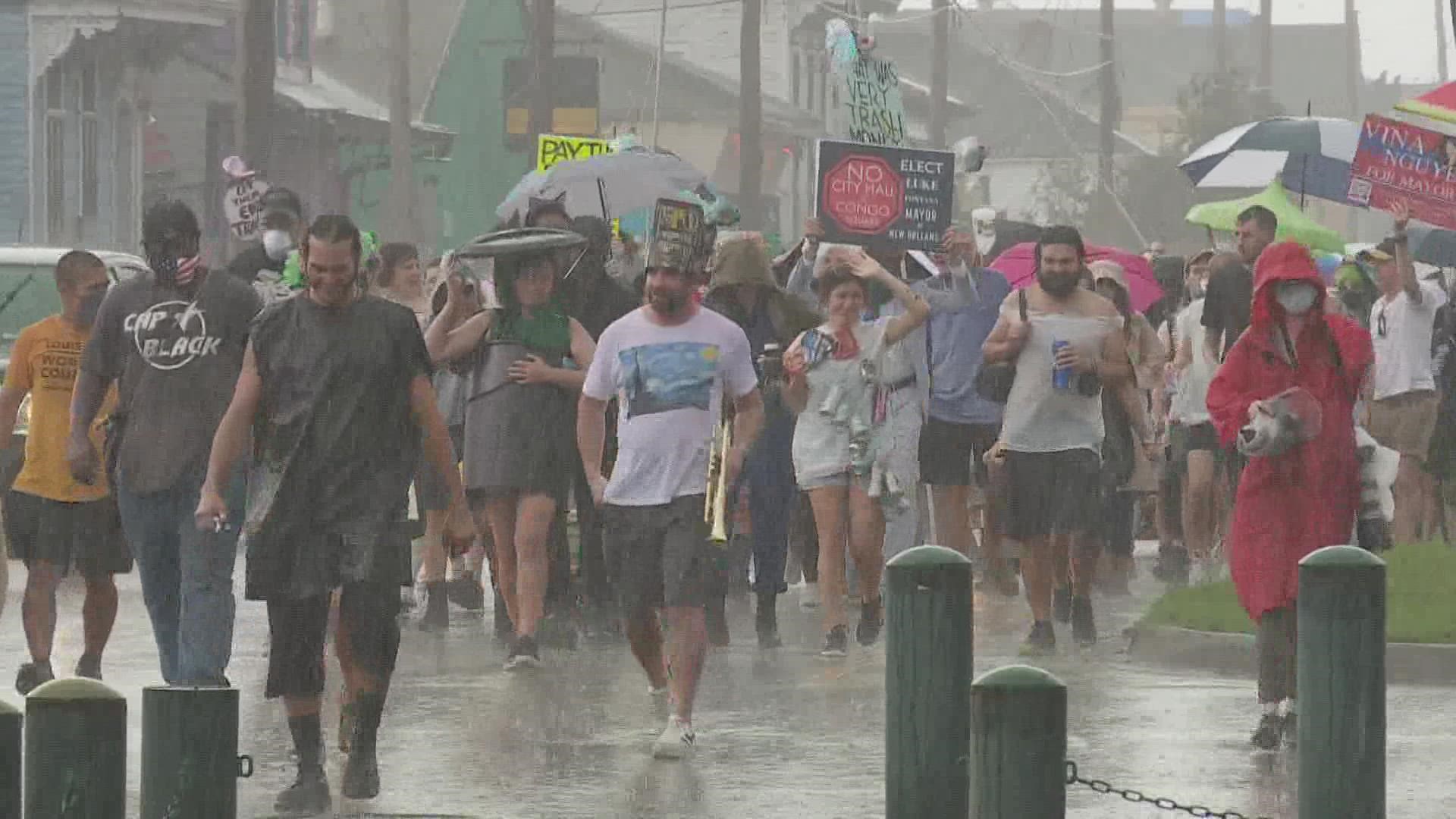 NEW ORLEANS — Residents endured the wet and soggy conditions Saturday to send a message to City Hall and Mayor LaToya Cantrell. Simply put, folks said they've had enough when it comes to the city's inability to take out the garbage.

Playing music and in costume, it looked like a party, but there's no reason to celebrate as trash rots on curbs throughout the city.

With the stench in the air, New Orleanians marched to City Hall from St. Claude & Elysian Fields through the city streets, littered with bursting garbage bags that have been there since August.

Some areas in the city haven't had their garbage picked up since before Hurricane Ida, and debris from the storm needs to be picked up too.

Aubrey Harris was among the marchers who braved the rain and the smell.

"We are paying for a service,"  Aubrey Harris told WWLTV reporter Paul Dudley. "We are not getting the trash picked up. It's unsanitary the conditions we're in."

As residents went to City Hall with trash in hand, city officials and Metro Disposal continue to lay the blame at the feet of a national waste-industry staffing shortage.

Officials met Friday in the city council chambers with representatives from Metro and other waste companies.

Cantrell's administration told the New Orleans City Council that no one is willing to pick up the garbage, saying the pay wasn't an issue — but demonstrators speaking to WWLTV on Saturday said they don't believe it.

One of the demonstrators, Megan Harris said there was no labor shortage.

City Hall has recently made moves to freshen things up by announcing Operations Mardi Gras Clean Up, which pulls city employees from other responsibilities for garbage collection.

But protestors said that wasn't enough, and they want the mayor to know that.

Kirk Williamson was among the protestors who wanted to send a message to the mayor.

"It's time to resign. At this point, she doesn't need to be running for reelection," Williamson said. "I think you clearly see critical mass in the city of New Orleans who are tired of her administration. It's time to go."

So far Metro has not been fined by the city, and people are wondering why the city is still working with the company.

"Metro is in breach of contract. They obviously can't handle the job," Aubrey Harris said.

Metro's seven-year contract can be terminated by the city at any time.