New Orleans will use crowdsourced data, not mask mandates during Krewe of Boo

New Orleans Health Director Dr. Jennifer Avegno said the public's participation during Krewe of Boo is a new strategy unlike anything done before in the city. 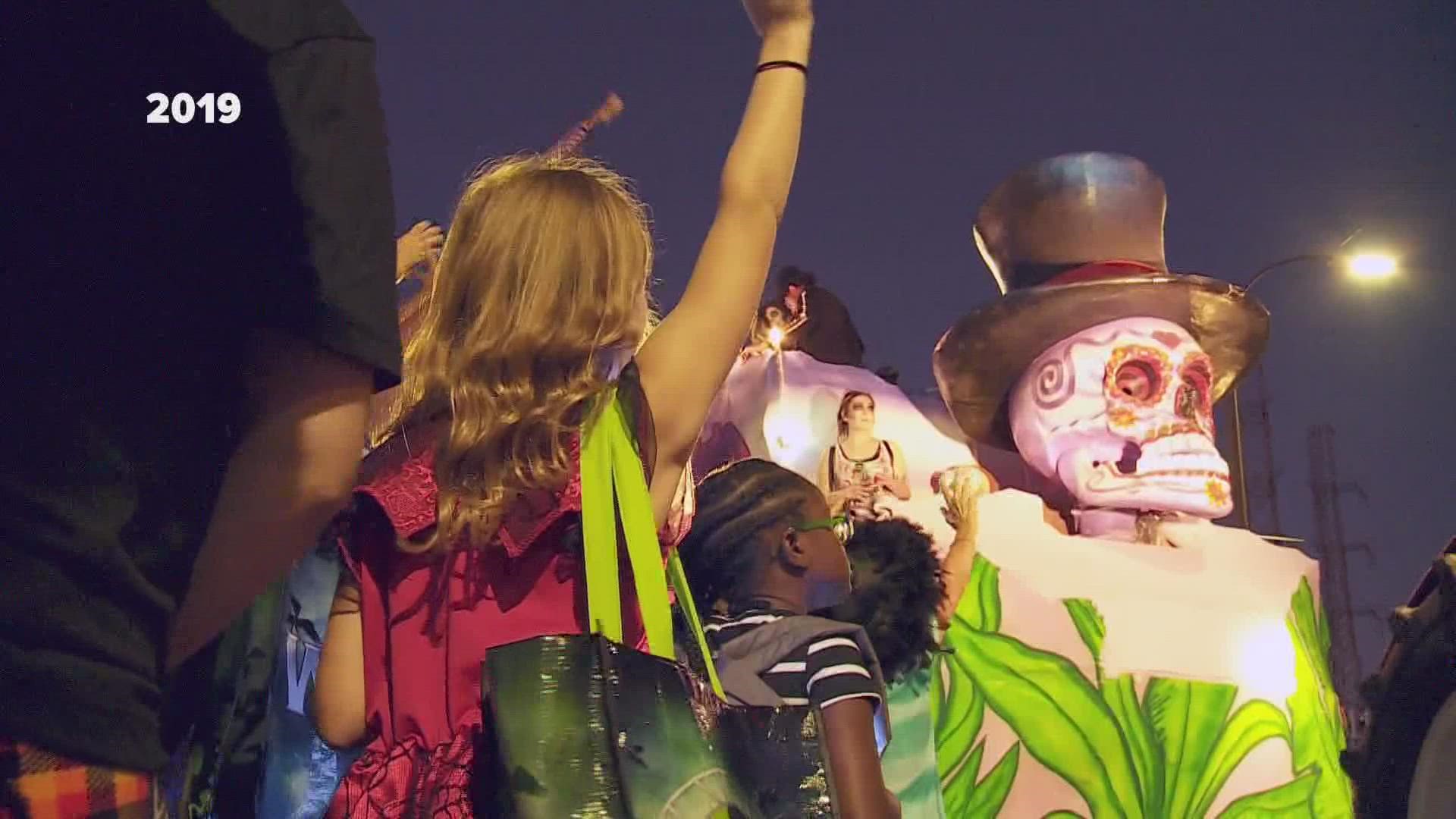 NEW ORLEANS — There will be no mask mandates for the Krewe of Boo parade, city officials said. Instead, city employees will be asking paradegoers to take part in a survey to gather data about how the virus spreads during New Orleans' signature events.

At the parade Saturday night, employees from the city's health department will be out with large signs bearing a QR code. Anybody who scans that code with their phone's camera will be taken to a short survey from the city.

While anybody who fills out the survey will do so anonymously, the city plans to collect some contact info in order to follow up with the respondents using more surveys over the weeks after the parade.

New Orleans Health Director Dr. Jennifer Avegno said the public's participation during Krewe of Boo is a new strategy unlike anything done before in the city.

Because they will be surveying Krewe of Boo attendees exclusively, the city will be able to ascertain with a higher level of certainty just how quickly COVID-19 can spread in the New Orleans population.

"We're going to know and we're really going to be able to track and see what happens in a much more robust way than we have," she said.

She added that the data gathered during Saturday's parade would be instrumental in determining if next year's parades will be allowed to roll at all, and what restrictions they might face if they do roll.

"This is how we save Carnival 2022, all together, pitching in," Avegno said. "The more data points we have, the better we can make the case."

Avegno said including the 400 or so riders who are required to take the survey as part of their application, she hopes to get a sample of 1,000 people to understand the transmission of the virus.

In New Orleans, masks aren't required in outdoor areas, but Avegno encouraged residents to mask up anyway, especially when going for throws or crowded together alongside the parade route.

She said there were no plans to enforce mask-wearing during the event, saying other events in large cities have taken the same stance.

"Let's be honest, it would be really impossible to enforce, a mandate in an outdoor crowd. And we recognize that," Avegno said. "It's a really strong recommendation."