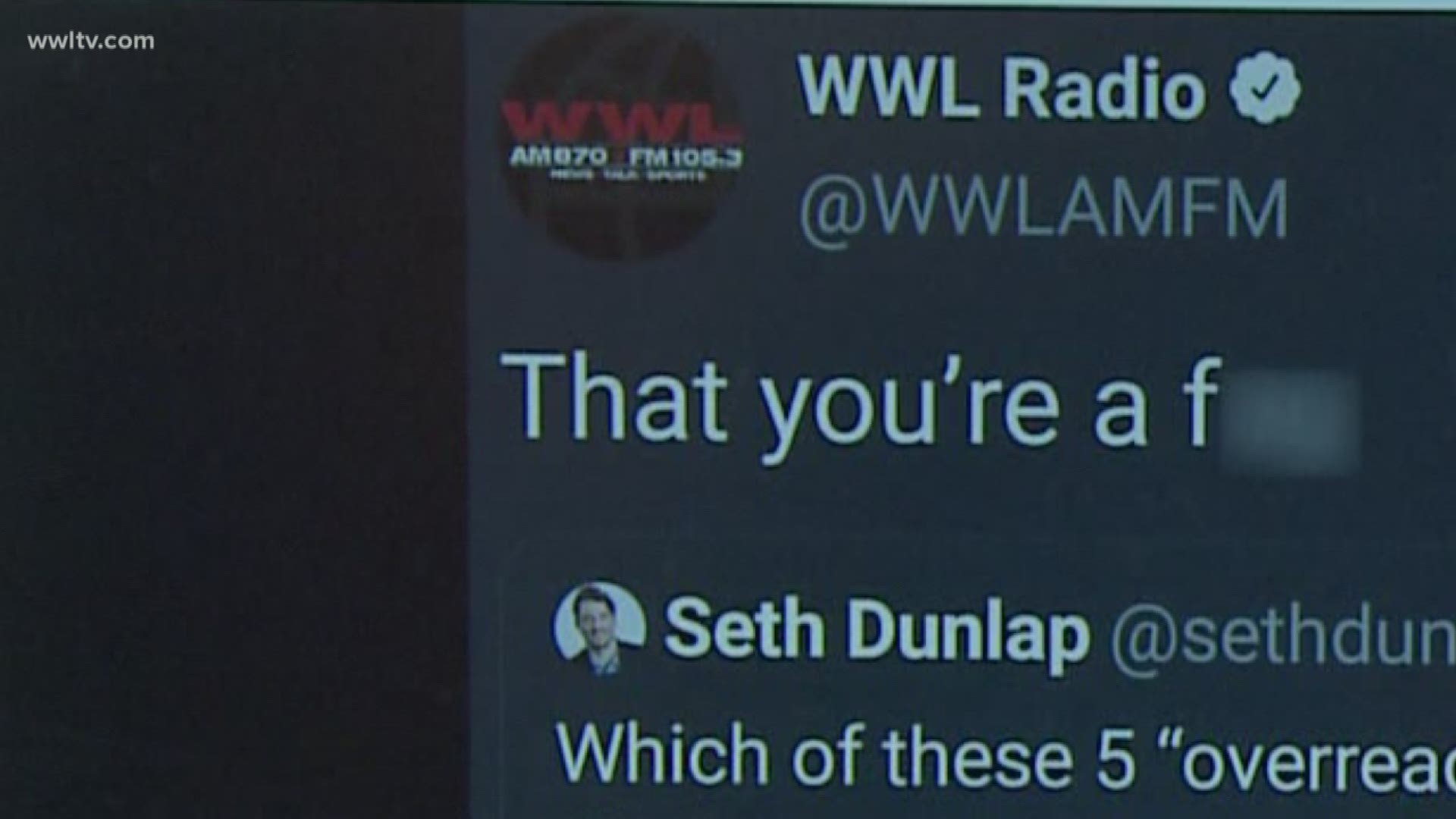 NEW ORLEANS — WWL Radio host Seth Dunlap is planning to sue the radio station's parent company over an anti-gay slur directed at him from the station's own Twitter account that he says is the culmination of years of homophobic and hostile workplace conduct.

Dunlap, through his attorney Megan Kiefer, said that he submitted to a polygraph test to head off any speculation that he had sent the tweet himself.

After the tweet, Dunlap - who is openly gay - hosted his show as usual, but announced the next day he would be taking a leave of absence.

RELATED: WWL Radio host Seth Dunlap encourages others to speak out against hate

Hours after Dunlap released his statement, WWL Radio announced they had finished their investigation into the tweet and had referred the matter to law enforcement officials.

"WWL has completed its investigation into the highly offensive, unauthorized tweet sent from WWL’s Twitter account on September 10, which directed a homophobic slur at Seth Dunlap," the WWL Radio statement said. "We determined that the most appropriate next step is to involve law enforcement. At this point, the investigation is in the hands of law enforcement and it is not appropriate for us to comment any further on the substance of our findings."

It was unclear Wednesday what the investigation revealed, but the statement referred to a digital forensic team and outside counsel.

NOPD officials did not elaborate Wednesday on what form their investigation would take.

"On September 24, 2019, NOPD received information from WWL Radio that prompted the Eighth District to open an investigation into that information," said Gary Scheets, a spokesman for the New Orleans Police Department. "That investigation is now open and active."

A lawsuit has not been filed on Dunlap's behalf, but the statement said one would be coming in the next few weeks.

Ed. Note: WWL Radio is a partner of WWL-TV for the purposes of sharing content. The radio station is not affiliated with WWL-TV.