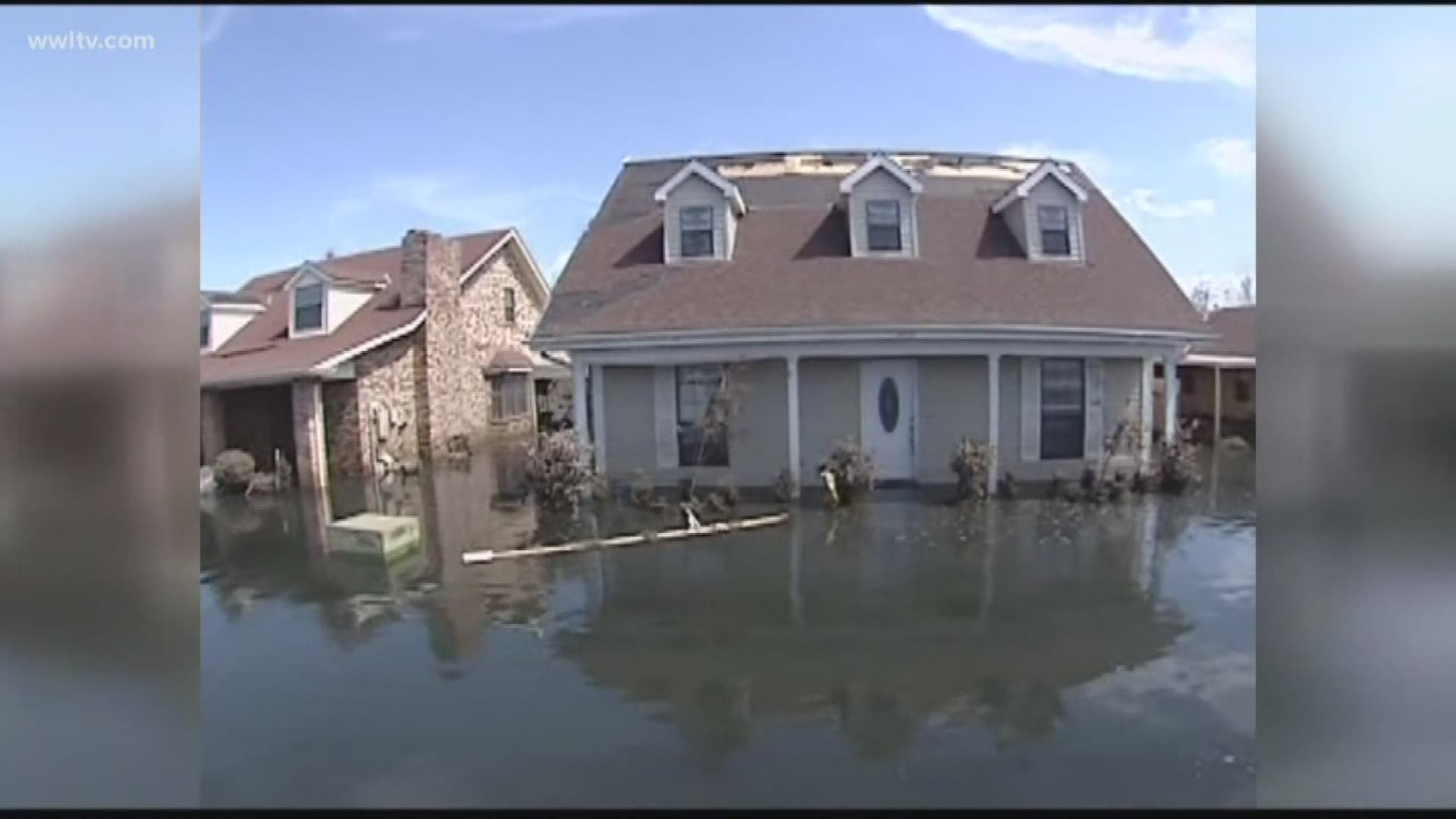 NEW ORLEANS — Flood insurance premiums could rise while property values fall under a plan to change the way risk is calculated under the National Flood Insurance Program (NFIP).

The new rating system, however, would also consider the distance a building is from the coast or other water source, the cost to rebuild and different types of flooding, such as from an intense rainfall.

"Those people that have flooded in the past can expect higher premiums come the end of next year and those who have not flooded can expect hopefully lower premiums," Eagan said. "A lot of the real estate values are going to be affected by this because now individual homes are going to know their true flood risk."

Heavy rains like the one that flooded parts of Mid-City during the August 5 flood in 2017.

"They're going to take it from a shotgun approach to more of a rifle-type approach, where each individual home or business will be looked at as to their past history of flooding," Eagan said.

He testified that flood insurance reform should include a commitment from the federal government to complete flood prevention projects.

"You know, there's $100 billion in authorized projects through the Corps of Engineers," Graves, R-Louisiana said. "We're providing about a billion to a billion and a half for construction. We'll finish it at approximately never."

Graves called FEMA's effort to redefine flood zones "futile" because they do not address environmental factors like the recent increase in river levels from northern runoff and the ever-shrinking coastline that puts communities closer to the Gulf of Mexico.

Graves also said that focusing on flood insurance rates rather than improving flood protection "is like changing the tire on a burning car."

The goal of the new rating system is to keep the NFIP afloat, as it faces about $20 billion in debt.

The new rates are expected to go into effect for single-family homes Oct. 1, 2020.

RELATED: How to check if a car is flood-damaged

"We’re still waiting to see the official plan, but once we have an opportunity to review FEMA’s proposal  we’ll have a better understanding of what it entails. While we understand that better clarity about flood risk is vital to our future resilience, we’re also concerned about how any increased costs would impact homeowners and small business owners," an official in the governor's office said.

Below is the opening statement from David Maurstad, Deputy Associate Administrator of the Federal Insurance and Mitigation Administration & Chief Executive of the National Flood Insurance Program:

"The National Flood Insurance Program is excited to announce Risk Rating 2.0, a new, advanced system that will improve rate flood risk.   Our goal is to transform the National Flood Insurance Program (NFIP) to better reflect industry best practices and improve the policyholder's experience.    The new rating plan will help customers better understand their flood risks, provide them with more accurate rates based on their property's unique risks and offer more equitable rates to owners of lower-value homes.  Rates for all single-family homes will be available to industry partners through the new system on April 1, 2020, and the rates will go into effect nationwide for single-family homes Oct. 1, 2020.

While our current system accounts for a single flood hazard, our new system will determine a customer's flood risk by incorporating multiple, logical rating variables -- like different types of flood, the distance a building is from the coast or another water source and the cost to rebuild a home or building.

We recognize there is both excitement and curiosity around the new rating plan and look forward to sharing more information in the coming weeks, including policyholder impacts and our implementation timeline.

By making the NFIP a program that people value and trust, is fair and easy to understand, we hope to reduce the insurance gap nationwide and increase mitigation efforts to reduce the financial impact of future disasters."

RELATED: Not a dime paid to flood victims for S&WB drainage failures