Zion Williamson won't be ready for season opener, could be out several games

Even if Williamson were cleared to play at that time, it would mean he would miss at least five games, and likely more as it may take him time to get back into shape 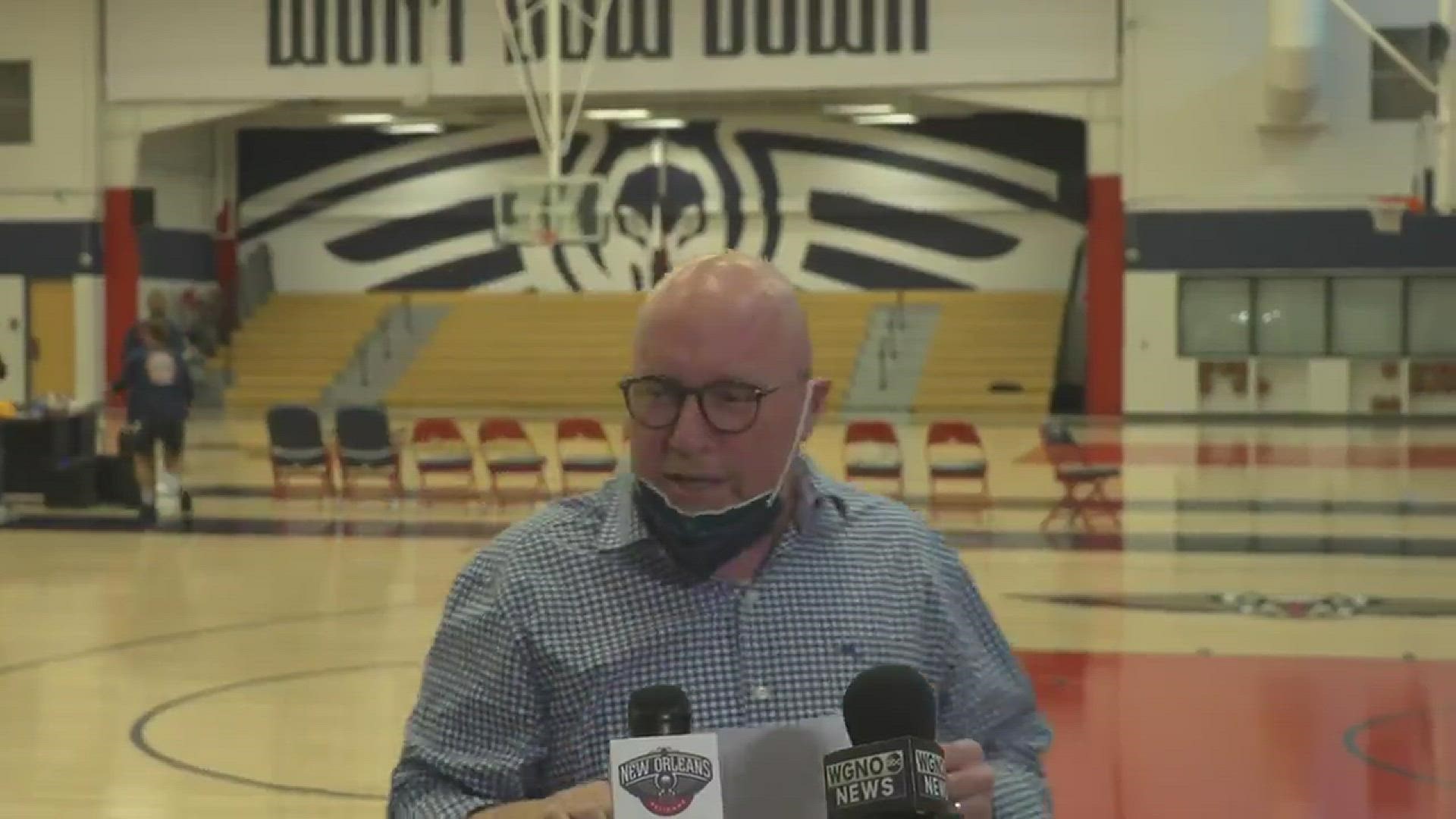 NEW ORLEANS — It's just the news the Pelicans and the team's fans didn't need, nor want to hear. With the team needing to make a strong playoff push in the ultra competitive Western Conference, it looks like All-Star big man Zion Williamson will miss a minimum of five games, and perhaps several more as he recovers from a fractured foot.

NOLA.com's Christian Clark reported that the team's vice-president, David Griffin, said there is "no fixed timeline" on Williamson's return to the court, however, he said another series of medical tests would be run in 2 to 2 1/2 weeks to determine his status.

Even if Williamson were cleared to play at that time, it would mean he would miss at least five games, and likely more as it may take him time to get back into shape.

The Pelicans open the season in six days against Philadelphia. With the team's third head coach in three seasons, Willie Green, taking the reigns and with rumblings - though not from Zion - that he is not necessarily happy here, it would seem pivotal that the Pels don't get off to a poor start.

Preseason does not forecast the season, but the Pelicans have been getting pounded without Zion and their other star, Brandon Ingram.

RELATED: Zion: 'I love the city of New Orleans. I don't wanna be anywhere else'

RELATED: Reports: Zion Williamson had offseason foot surgery, should be ready for start of regular season