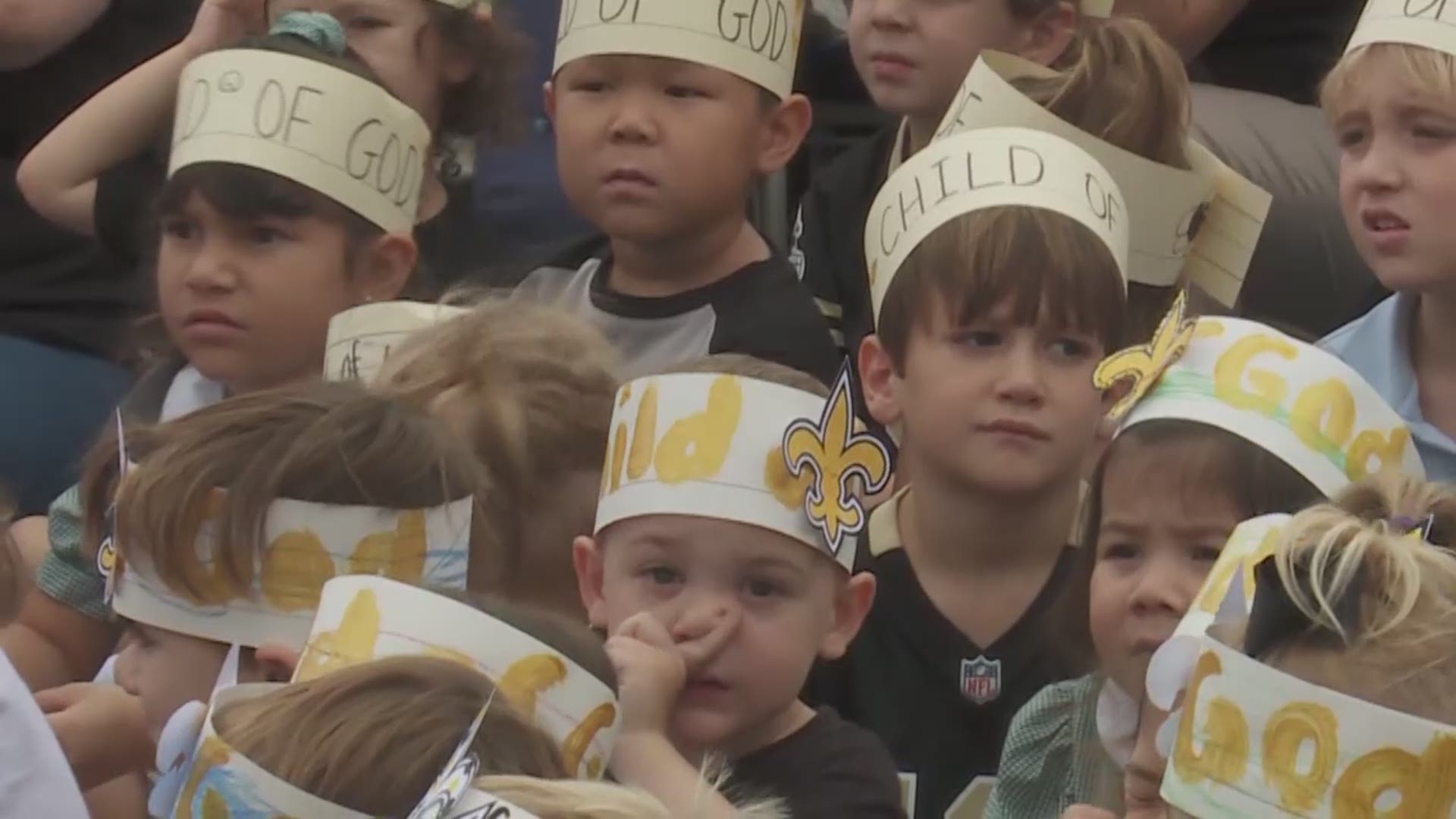 NEW ORLEANS — The saga continues: Demario Davis' actions off the field have earned him the National Football League's Community MVP of the week -- and another $10,000 to the charity of choice for the Saints linebacker.

The NFL first fined Davis $7,000 for wearing his 'Man of God' headband in the Saints' Week 3 match up against the Seahawks in Seattle. He appealed the fine and won, and instead donated the amount to St. Dominic Hospital in Jackson, MS.

It didn't stop there, though. Before winning the appeal, Davis had already started selling the trademark headbands and continues to donate those sales to St. Dominic as well, which now total more than $200,000.

"After being fined by the NFL for wearing a Man of God headband, Demario Davis demonstrated the power of giving by raising more than $200,000 to benefit St. Dominic Hospital in Mississippi through sales of the headband," the NFL wrote.

The increasingly popular headbands garnered support from all over the Who Dat Nation, including at St. Louis King of France School in Metairie where students made their own 'Child of God' headbands.

Davis returned the favor earlier this week, surprising the students with pizza and the official headbands.

On Friday, The NFL Players Association (NFLPA) announced that surprise for the students, as well as his continued charitable campaign, earned him the Community MVP honor.

"I wore that headband for weeks before it was even noticed, not realizing it was an issue,” Davis told the NFLPA. “Since the time I was fined, I’ve been fortunate enough to take that $7,000 negative and turn it into a $250,000 positive for someone else.”

Davis first publicized he had been fined for breaking the NFL's uniform rules ahead of the Saints' Week 4 win against the Dallas Cowboys. From there, he asked his fans if he should continue to wear the headband, and began selling other "Woman of God" and "Child of God" headbands as well.

"I feel beyond honored to be named the NFLPA Community MVP, but all glory goes to God,” Davis told the NFL.