The Demario Davis signing got me to thinking who are top 5 free agent signings of the Sean Payton Era not named Drew Brees? 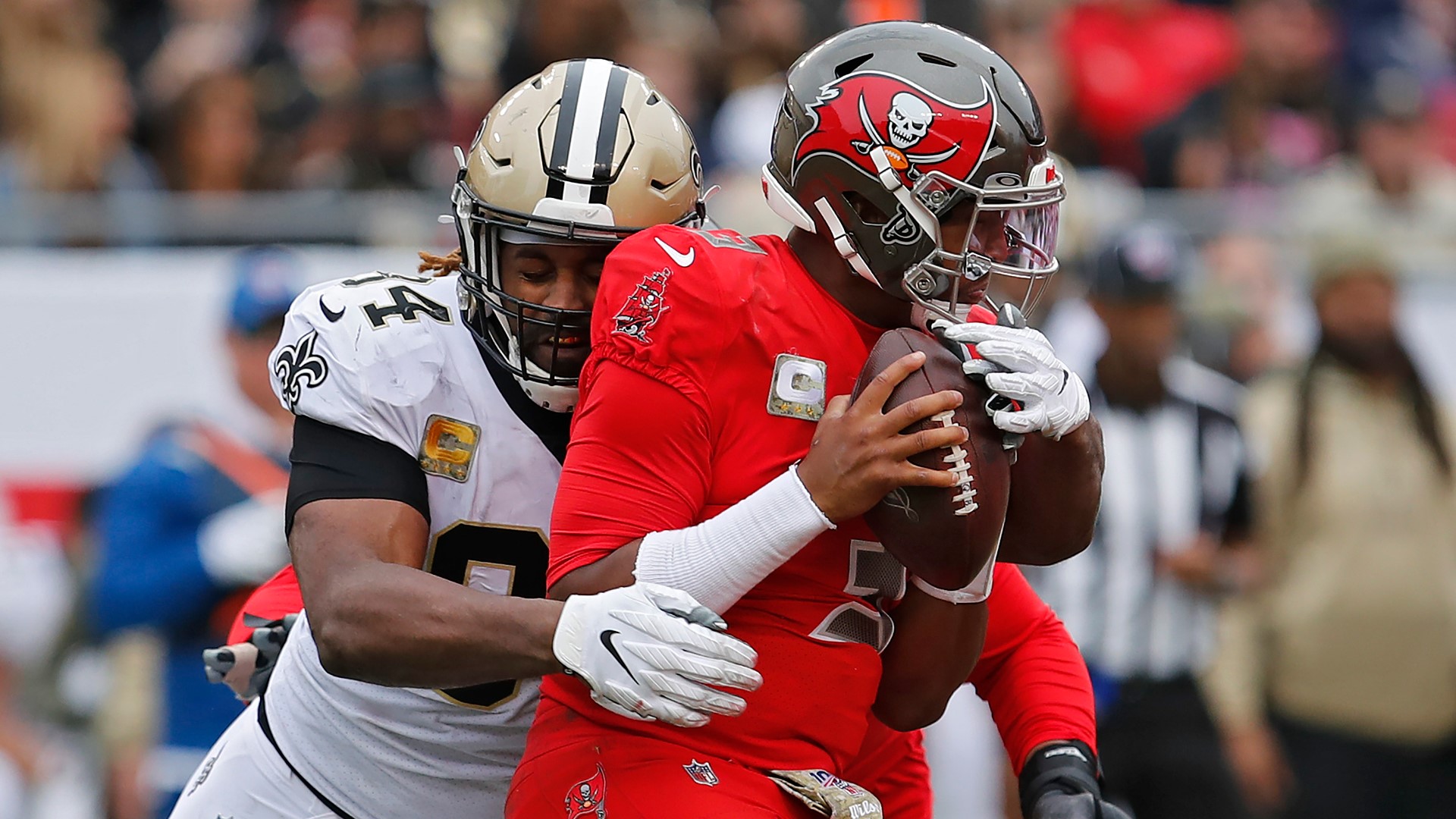 NEW ORLEANS — Watching Demario Davis be utterly dominant at linebacker for the New Orleans Saints has been blissful the last season-and-a-half. As any Saints fan will tell you before Davis arrived we' d been dreaming, pleading, begging for above-average linebacker play since Jonathan Vilma had healthy knees in 2010.

I'll be honest and say when the Saints signed Davis to a 3-year $24 million dollar contract and gave a 29-year-old 16 million guaranteed, I was expecting yet another failed Saints linebacker acquisition.

The Saints' quest for decent linebackers gave me much material for this column because they were like Sisyphus from Greek mythology, except the Saints didn't have to spend eternity pushing a boulder up a hill only for it to roll back down. They would just be cursed to acquire bad linebackers until Armageddon arrived.

Then Demario Davis showed up and in just 26 regular-season games is the best linebacker the Saints have had in this century.

The Demario Davis signing got me to thinking who are the top 5 free agent signings of the Sean Payton Era not named Drew Brees? I won't include Brees in this exercise because Drew Brees is the greatest free-agent signing in NFL history. Brees saved the Saints and Miami Dolphins fans still curse Nick Saban for signing Daunte Culpepper instead.

So let's make a list and then argue about it on the internet, because that's why God gave use cellphones.

One guy who didn't make the list is the free safety who is currently incarcerated for being a horrible human being. His name escapes me but it doesn't matter because this is my list and guys in prison are ineligible. So here are my top 5 Saints free-agent signings under Sean Payton that are not named Drew Brees.

Fujita was actually the very first free agent the Saints signed in 2006. The Saints gave Fujita a 4-year 10 million dollar deal, and while it seemed an overpay at the time, proved to be an incredible bargain. Fujita would start 54 games in New Orleans, embraced the city during the rebuilding post-Katrina, and is one of the most beloved members of the 2009 Saints Super Bowl team. He also told Peyton Manning, “I can eat Oreos faster than you.” True Saints Icon.

In 2006 the Saints signed a little known New York Jets guard, who would only start 2 games his first 2 years in New Orleans. Then beginning in 2008 Goodwin would start 45 games for Saints at center through 2010. He'd make the Pro Bowl after the 2009 season and along with Jahri Evans and Carl Nicks formed the greatest interior offensive line the Saints have ever had. The Saints thought so highly of Goodwin they brought him back in 2014 even though he had been in San Francisco for 3 years after leaving New Orleans in 2011.

Greer was actually the Saints' second choice to fill their need for a cornerback heading into 2009. St. Louis Rams cornerback Ron Bartell turned the Saints down so Greer was signed instead. Life takes a little luck sometimes.

The only reason Jabari isn't higher on this list is he wasn't blessed with good health in New Orleans. He'd only play 16 games in a season for the Saints one time but when he played he was tremendous. When Greer's career ended with a horrible injury in 2013 against the San Francisco 49ers, the Saints wouldn't have a corner close to his quality until Marshon Lattimore was drafted in 2017.

Davis has been on spectacular on the field and his interception against Tampa shows what kind of player he is.  Davis had 110 tackles and 5 sacks in 2018 and yet might be BETTER in 2019. He's also a great person who cares about issues off the field and took leadership of the team when Drew Brees was hurt. Davis is playing linebacker at a level we haven't seen since New Orleans kids had Dome Patrol posters hanging in their bedrooms in the early 1990s.

Who else would it be? In 2011 Darren Sproles had 2696 all-purpose yards and from the moment he returned a punt for a touchdown in the season opener against the Green Packers he put on perhaps the most fun season in Saints history.

The tiny little running back was a key cog on the 2011 Saints team that averaged 34 points a game. Drew Brees threw for 5476 yards and Jimmy Graham had 1310 yards receiving but Sproles was the fun.

Sean Payton used Sproles to torment defenses all year and they had no answers. Ask a Saints fan about Sproles and they light up like a small child talking about Christmas.

So there you go, the top 5 Saints free agent signing under Sean Payton not named Drew Brees. Go forth and argue.

One Piece At A Time – Johnny Cash

I'm in a Cash kinda mood. Sure this song is about stealing parts for a car but the Saints can clinch the NFC South with wins the next two weeks, which would be a fantastic way to celebrate Thanksgiving, but they gotta do it one piece at a time. Johnny's lyrics tell us how fun that would be...

I'd get it one piece at a time

And it wouldn't cost me a dime

You'll know it's me when I come through your town

I'm gonna ride around in style

'Cause I'll have the only one there is a round.

The Panthers have to win Sunday or they have zero shot at the playoffs. Carolina trails the Saints by 3 games in the NFC South and they are 3 games out of the final wildcard spot. A loss Sunday puts them 4 behind in both with 5 games left. That's nearly impossible. If the Panthers win Sunday the NFC South at least gets interesting for them. I expect Carolina to play desperate, aggressive, and coach Ron Rivera to live up to his gambling 'Riverboat Ron' nickname.

Carolina quarterback Kyle Allen has cooled down considerably since he first started playing for an injured Cam Newton. Against Atlanta he threw 4 interceptions and was sacked 5 times.

Sean Payton always seems to have the Panthers' defense figured out even if Carolina's defense is good. The 2019 Panthers defense is decidedly not good. They are 25th in points-allowed-per-game (25.7) and 19th in yards-per-game (362). Saints will win but they'll have to survive a desperate Panther squad. I hope newlywed Sean listed 'division win' as a preferred gift wherever he's registered.

That line isn't a mistake. The Tigers are favored by 46! The Razorbacks fired their coach and are playing out the string. The 2019 LSU offense is the most marvelous thing I've maybe ever seen. They scored 58 against Ole Miss and Joe Burrow wasn't near his best.

LSU's offense will score Saturday until they decide they've scored enough, and the way the LSU defense has been playing it'll probably be A LOT. I'm not officially worried the Tiger defense might cost this team a championship but the thought is crossing my mind. It won't matter this week though.

The Raiders are good, young, and Jon Gruden knows what he's doing. The Raiders being good and in Las Vegas is going to be amazing y'all.

Are the Falcons going to save Dan Quinn's job?