The price tag for the project on West Grand Terre Island is $102 million. Almost all of the funding comes from settlements from the BP oil spill. 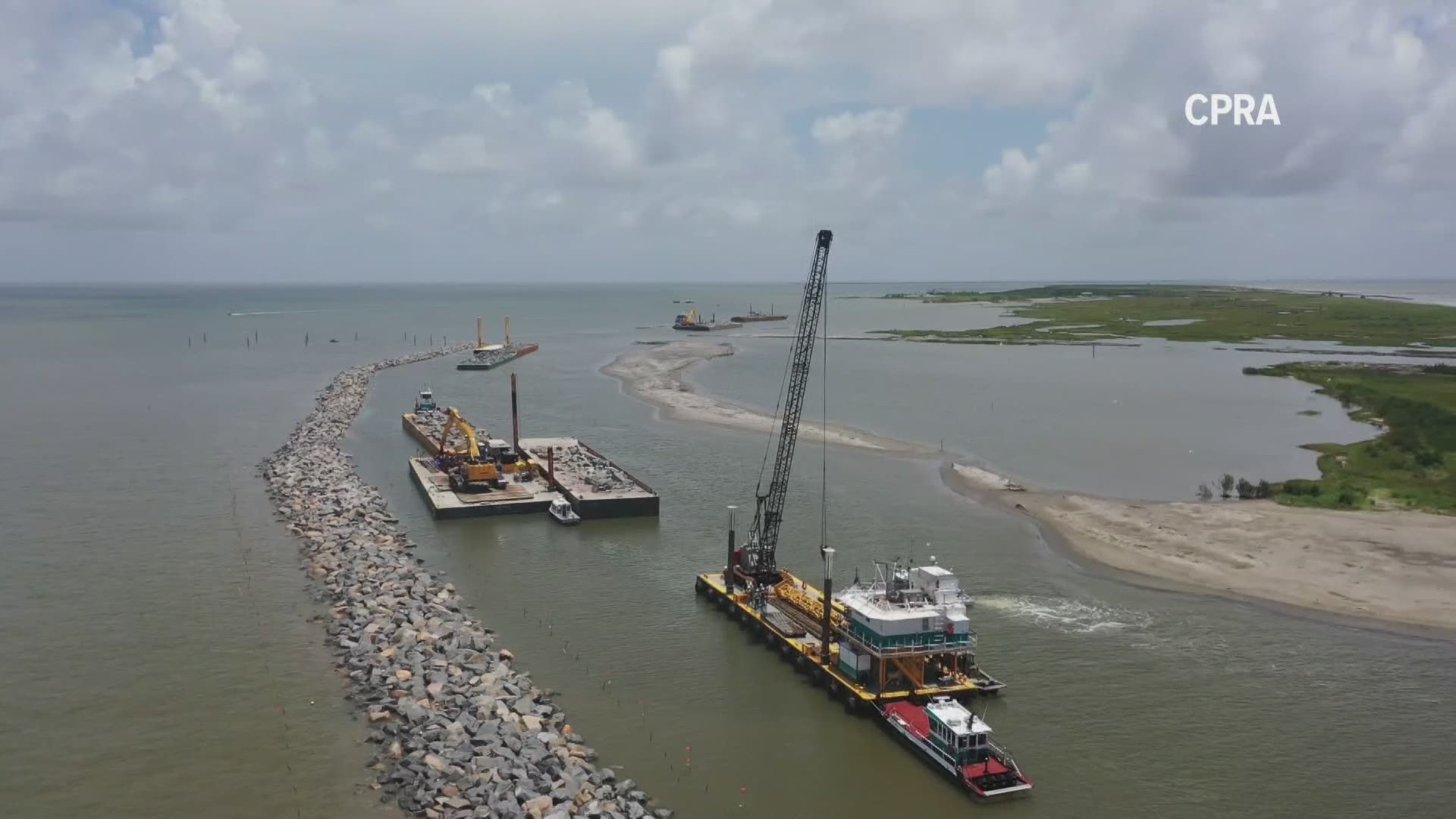 GRAND ISLE, La. — On Wednesday, we got a unique look at an effort that can help protect Louisiana from hurricanes and tropical storms.

The coastal protection and restoration authority invited a handful of journalists to see how roughly millions of dollars are being spent to restore and reinforce a barrier island just off the Louisiana coast.

Leaving Grand Isle wednesday morning, our boat headed north, to west Grande Terre Island. Next, we hopped on an ATV with Jonathan Crockett.

“The more we beef up these islands, the less we lose at a rapid rate,” Crockett said.

Crockett is a project manager with Weeks Marine, one of the three contracting companies helping to stabilize and shore up this barrier island which is considered a part of Jefferson Parish.

The conditions get so muddy that we have to climb into another vehicle the contractors had on standby. It’s called the fat truck, and it’s the only way we can reach a unique source of sand.

“We are going to a discharge point on the beach, which is where the sand is coming from the Gulf of Mexico, so we can build certain elevation and templates to restore the beach,” Crockett said.

Once we reach that discharge point, it had the look of a geyser. Dark and wet sand was shooting into the air. The source of that sand was being pumped in from roughly four miles away in the Gulf of Mexico. It is non-stop.

The Coastal Protection and Restoration Authority started work on West Grand Terre Island in January. One if its goals is to restore or create 256 acres of beach and dune by the end of this year.

The price tag for the project on West Grand Terre Island is $102 million. Almost all of the funding comes from settlements from the BP oil spill.

Work on the island is expected to wrap up in November. Coming off one of the most active hurricane seasons, the importance of these coastal restoration projects becomes more glaring. Barrier islands are Louisiana’s front line of protection against storms and hurricanes.

“These act as the first barrier to prevent tidal surges from coming in. They protect the interior of the coast, without them, there’s nothing preventing the gulf from coming in,” said James McMenis, project manager with the Coastal Protection and Restoration Authority.

Massive rocks are also being imported from Arkansas and Kentucky to help hold the island together. It’s a man-made effort to offset the power of nature.