A person who lived close to the shooting scene said she came outside after the shooting stopped to find a teenager in her tree, hiding so he wouldn’t get shot. 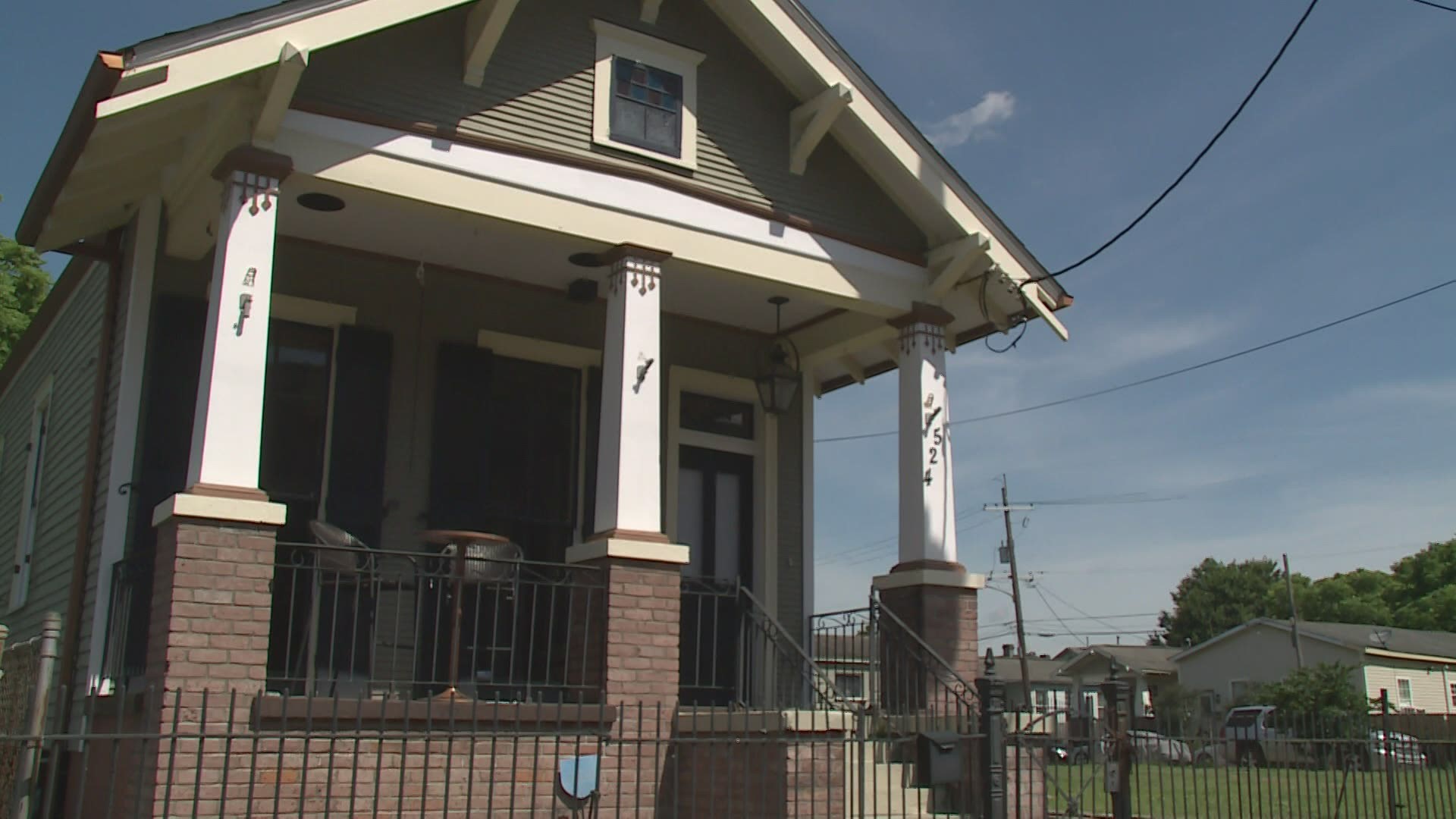 NEW ORLEANS — A party at a home on Delery Street was interrupted by gunfire Sunday night. When the shooting stopped, a 12-year-old girl had suffered fatal injuries. A 19-year-old man was hospitalized in critical condition and another person was injured.

The party was categorized by neighbors as a birthday party, but Superintendent Shaun Ferguson, at an afternoon news conference called it a graduation party. Either way, it's a tragic outcome.

Ferguson said the investigation was in its early stages and he wasn't certain if the victim was a resident or was in town visiting for the celebration.

One person who was at the party said she heard the shots being fired outside and she ran outside and found the girl badly injured. With some medical training she received in the military, she applied a tourniquet on the child’s leg and put pressure on her head until EMS arrived.

"I ran to the little girl and seen there was blood," said the woman, who did not want to be identified. "I wrapped her up as best as I can. I tried to put pressure on it so she didn’t bleed out. We got more towels, I wrapped her some more."

A person who lived close to the shooting scene said she came outside after the shooting stopped to find a teenager in her tree, hiding so he wouldn’t get shot.

Yet another resident who lives nearby said he heard the shots.

“We were barbecuing and heard what sounded like a bunch of fireworks,” he said. “Gunshots is what it ended up being and now I’ve been told that a 12-year-old girl is deceased. It’s a shame.”

The shooting was one of more than a half dozen incidents in New Orleans over the Memorial Day weekend as the city gets aid from Louisiana State Police in patrolling high-crime areas as a spike in shootings is expected to continue into the summer months.

In those three categories of violent crime alone there are significant double-digit percentage increases from this time last year, according to the data from the New Orleans City Council dashboard on crime. New Orleans Police claim a 60 percent clearance rate in cases, but Chief Ferguson gave a sobering counterpoint.

“We’ve made arrests in each of these cases and as we continue to make these arrests we still did not see a significant change,” Ferguson said.

There’s now going to be a change of strategy through Operation Golden Eagle. Louisiana State Troopers will be added to patrols. Unlike previous partnerships with state police, troopers will be in neighborhoods and not just exclusively in the French Quarter.