Louisiana unemployed to get $300 weekly federal boost to unemployment

As we get ready to move into a sixth month of the outbreak, news continues to occur, most of it challenging to the state. 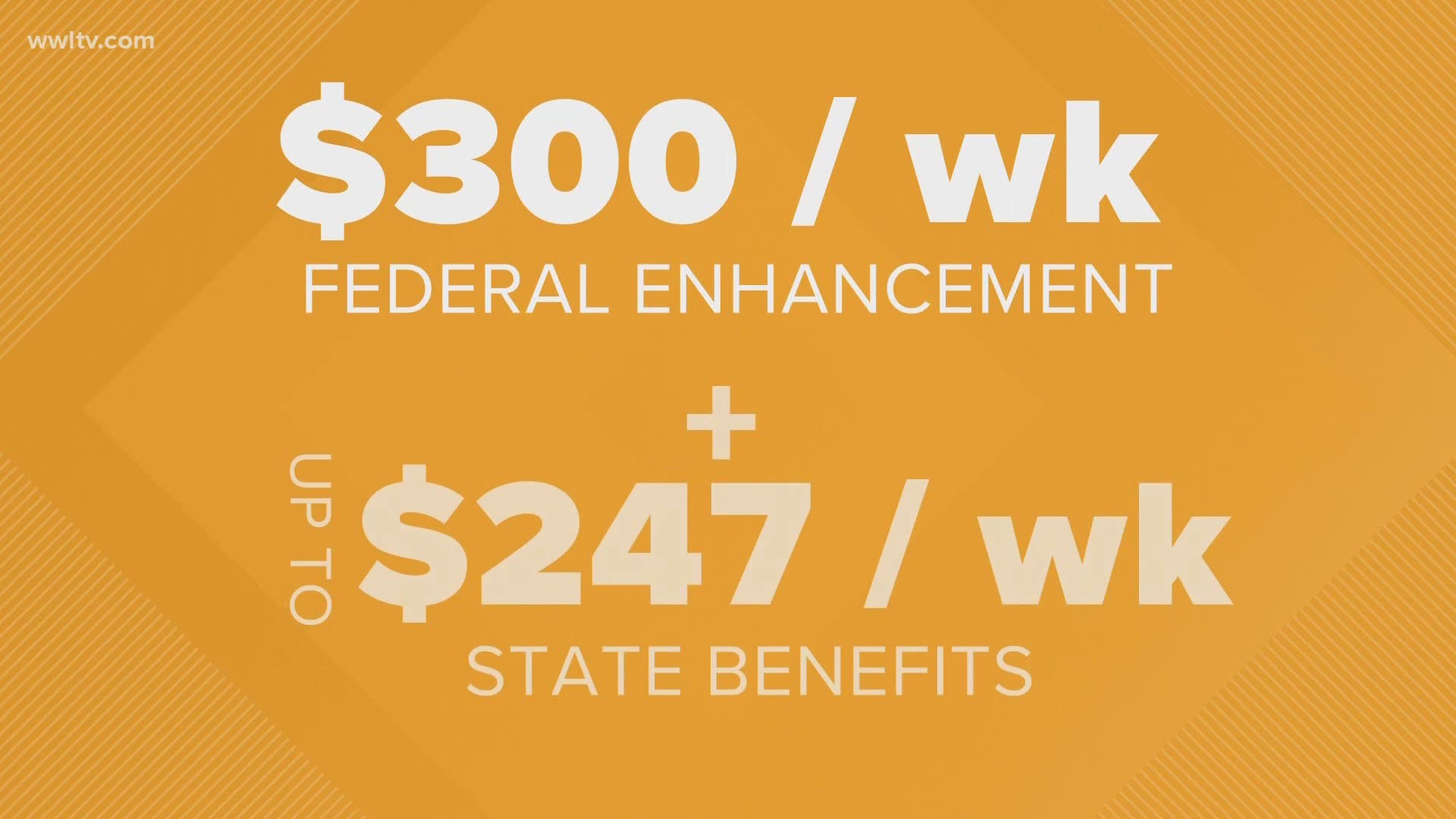 BATON ROUGE, La. — Louisiana Governor John Bel Edwards says the state's roughly 400,000 unemployed workers will be eligible for a $300 weekly federal boost, about half of what they were receiving until the end of July.

Edwards said that the payment would be retroactive to Aug. 1. Prior to August, workers were getting a $600 federal boost to unemployment.

President Trump had issued an executive order to give unemployed workers a $400 per week federal boost, but $100 of that was supposed to come from the state.

Edwards said that the payments could run for 4-5 weeks based on the current level of funding. He isn't sure when those payments will begin but says when they do, they'll include payments back to Aug. 1.

"I am fully aware that the $300 benefit is half of the enhanced benefit that was previously being paid but the state benefit will continue to come with that so the enhancement will be about another $1,200 per worker."

As we get ready to move into a sixth month of the outbreak, news continues to occur, most of it challenging to the state.

Already this week the state has had to deal with how to handle the executive order by President Trump about unemployment benefits and the news that the New Orleans Saints would not be playing in front of fans for at least the home opener and possibly the second game - a definite blow for tourism.

In addition, NOLA.com reported that several of the city's prominent businesses like major hotels and historic restaurants like Commander's Palace and Arnaud's are likely to lay off 1,500 workers.

This all comes at a time when schools are reopening, some for the first time since early March as questions swirl about how outbreaks will be handled.