The U.S. Army Corps of Engineers had been battling the unprecedented high water event for 292 days. 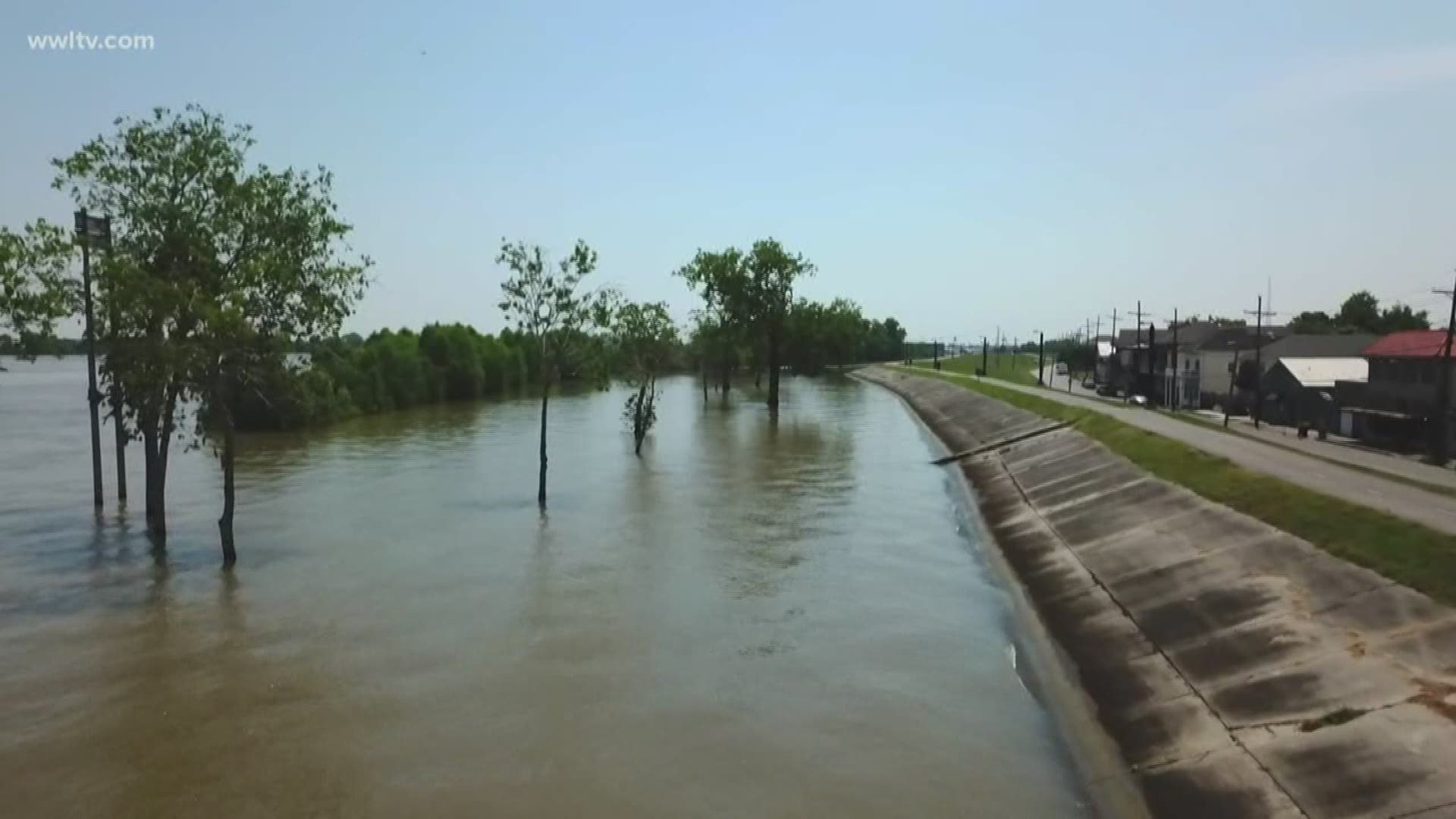 The U.S. Army Corps of Engineers announced Wednesday morning that water levels along the Mississippi River have dropped below 11 feet at the Carrollton Gage.

The corps had been battling the unprecedented high water event for 292 days which included the first time the Bonnet Carre Spillway had be opened in back-to-back years and twice in one year.

For 291 days, the Mississippi River has been higher than 11 feet, requiring regular levee checks. For 169 of those days, though, the river was higher than 15 feet, so levee inspectors worked 24 hours a day, seven days a week to check on the levees.

With the official end of the flood fighting, restrictions on certain construction within 1,500 feet of the Mississippi River levees has been lifted. In the past, the high river level meant the Corps even had to stop homeowners from putting in a pool, or even a fence post, if they lived too close to the levee.

"Any digging down too close to the levees could create a seepage point. You could hit a layer of sand. You just don't know, so the integrity of the levees is put at risk while when that kind of work is being done," explained Matt Roe, an Army Corps spokesperson.

The corps said it will now work on post-flood inspections while resetting and restoring the levee system on the Mississippi and Atchafalaya rivers. Spokesperson Ricky Boyett said the corps is confident that South Louisiana river levees are in great condition, with improvements made since 2011.

"If there's a silver lining going into hurricane season with the river this high for this long, we're entering the hurricane season having done 200 inspections of the levee since February," Boyett said.

The levees range in height from 20 to 25 feet. While river levels are finally falling, the National Weather Service projects the Mississippi will remain above average at New Orleans as hurricane season heats up.

"We really have a heightened concern this year," said Scott Hagen, of Louisiana State University's Center for Coastal Resiliency.

For most of the past three decades, the Mississippi has run about 3 to 5 feet high in mid-August at New Orleans' Carrollton gauge.  The last time it was this high was 11.4 feet in August 2015, a year when no significant tropical weather reached Louisiana's coast. It was 12.2 feet in 1993, another year Louisiana's coast escaped harm.