The city said it is cutting back on activities known as "high risk." 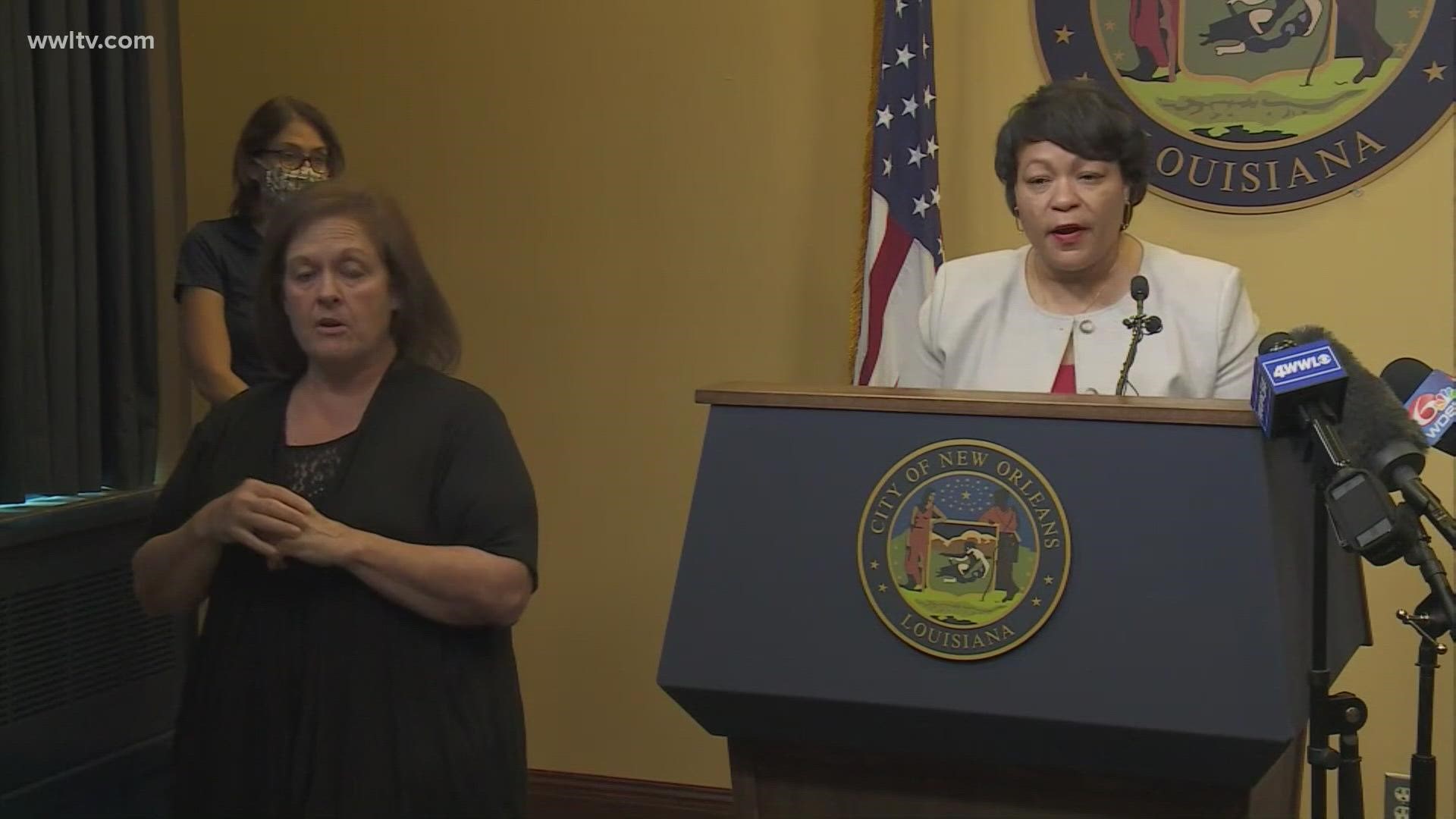 NEW ORLEANS — Mayor LaToya Cantrell said that due to the increase in coronavirus cases in the city and across the state, the city of New Orleans will eliminate bar seating at bars and restaurants and limit indoor gatherings to 25 people.

"Based on the increased counts, positivity rate, hospitalizations, it's imperative that we move towards making more restrictions."

Cantrell said that bars can remain open with table service seating at which you can order drinks or food. She also said that she wanted to work with bars and restaurants to allow outdoor seating spaces for additional capacity.

Cantrell said that at this time restaurants can continue to operate at 50 percent capacity indoors, they just can't allow seating at the physical bar.

Outdoor gatherings will also be limited to 100 people, with one police officer for each 50 people present.

"We definitely found an alignment at bars and these large gatherings as the locations that are contributing to the uptick in cases," said Cantrell.

The mayor said that most bars are trying to do the right thing, but the nature of a bar is bringing people together in close contact.

City Health Director Dr. Jennifer Avegno said the move comes as the state said a lot of coronavirus spread is attributed to bars and large gatherings such as having parties.

"Louisiana currently has the fourth highest rate of new cases per capita in the country," she said. "Today we reported 81 new cases in New Orleans. That's more cases than we've seen in a single day since April 20, when we were at a full Stay at Home order."

As of Tuesday, Louisiana has reported 68,263 total cases and 3,211 deaths since the outbreak began in the state.