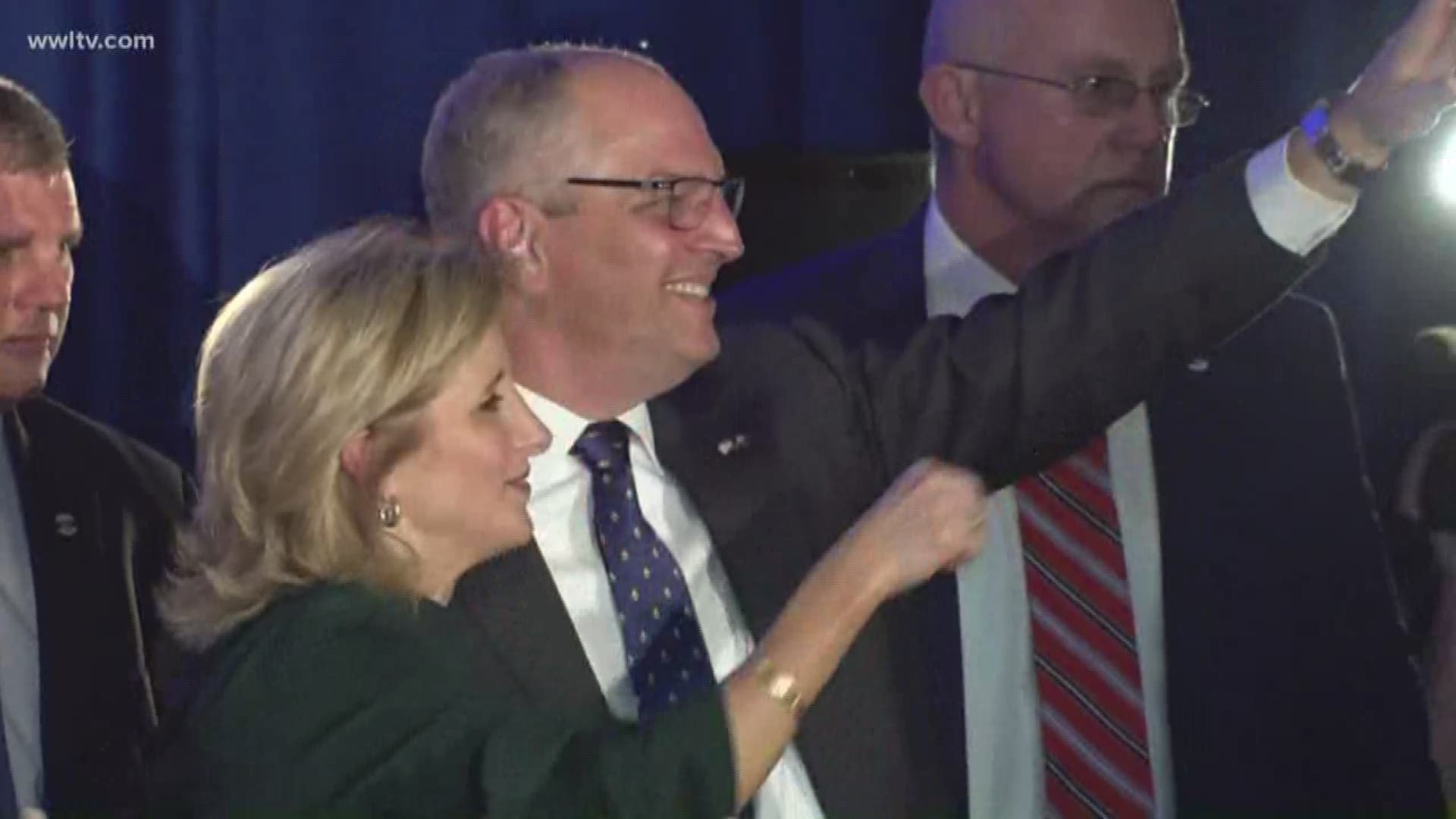 Democratic incumbent John Bel Edwards overcame a strong challenge from Republican businessman Eddie Rispone, who had hoped Trump’s coattails would help him secure a victory in the crimson state where the president remains popular.

Also on the ballot was a rematch for Louisiana secretary of state, plus 29 legislative races that will determine if Republicans gain a House supermajority and the competition to fill a vacant state Supreme Court seat.

Edwards fell short of winning in the primary against five opponents, forcing him into a runoff against Rispone, who bested the other major Republican in the field after spending millions of his own money on the race.

The Democratic incumbent received the cross-party support he needed to win reelection, despite national Republican leaders working to prove Edwards’ 2015 win was a lucky break against a flawed GOP candidate with a prostitution scandal.

Edwards focused on state-specific issues. He ran on the stabilization of state finances during his term, the first statewide teacher pay raise in a decade and the government-financed health insurance given to 460,000 people in his Medicaid expansion program.

Rispone said Edwards chased businesses and people away from Louisiana with the tax hikes he and the GOP-led Legislature used to balance the budget.

A longtime Republican political donor making his first bid for public office, Rispone described himself as a “conservative outsider” and businessman in the mold of Trump. He sought to nationalize the race, linking Edwards to national Democratic Party leaders who are unpopular in Louisiana and offering few specifics about his state policy platforms.

RELATED: Eddie Rispone disappointed at loss, but thankful too

Louisiana’s other statewide runoff competition was for its chief elections official, the secretary of state.

Ardoin was a top deputy to former Secretary of State Tom Schedler, a Republican who resigned last year amid sexual harassment allegations. Ardoin took over the position, then won the election to serve the final year of Schedler's term.

Collins-Greenup has worked in notary and real estate businesses and is a former city court administrator and clerk of court employee. She did little fundraising for the race.

Twenty-four state House seats and five Senate seats were filled in the runoff. The outcome of the House competitions will resolve whether Republicans reach the veto-proof, two-thirds supermajority for the new term starting in January that the GOP has already won in the Senate.

Sixteen of the House competitions are between candidates of the same party. Of the remaining eight seats, Republicans are competing in seven — and need to win each one to reach the 70-member supermajority out of 105 seats.

All but one of the five Senate races on the runoff ballot are between members of the same party.

Securing two-thirds of the members of the House and Senate means if the GOP votes as a bloc, its members could override a gubernatorial veto and could make some budget and tax decisions without Democratic support.