Zion Williamson had a big second half for the Pelicans and finished with 15 points and 10 rebounds. 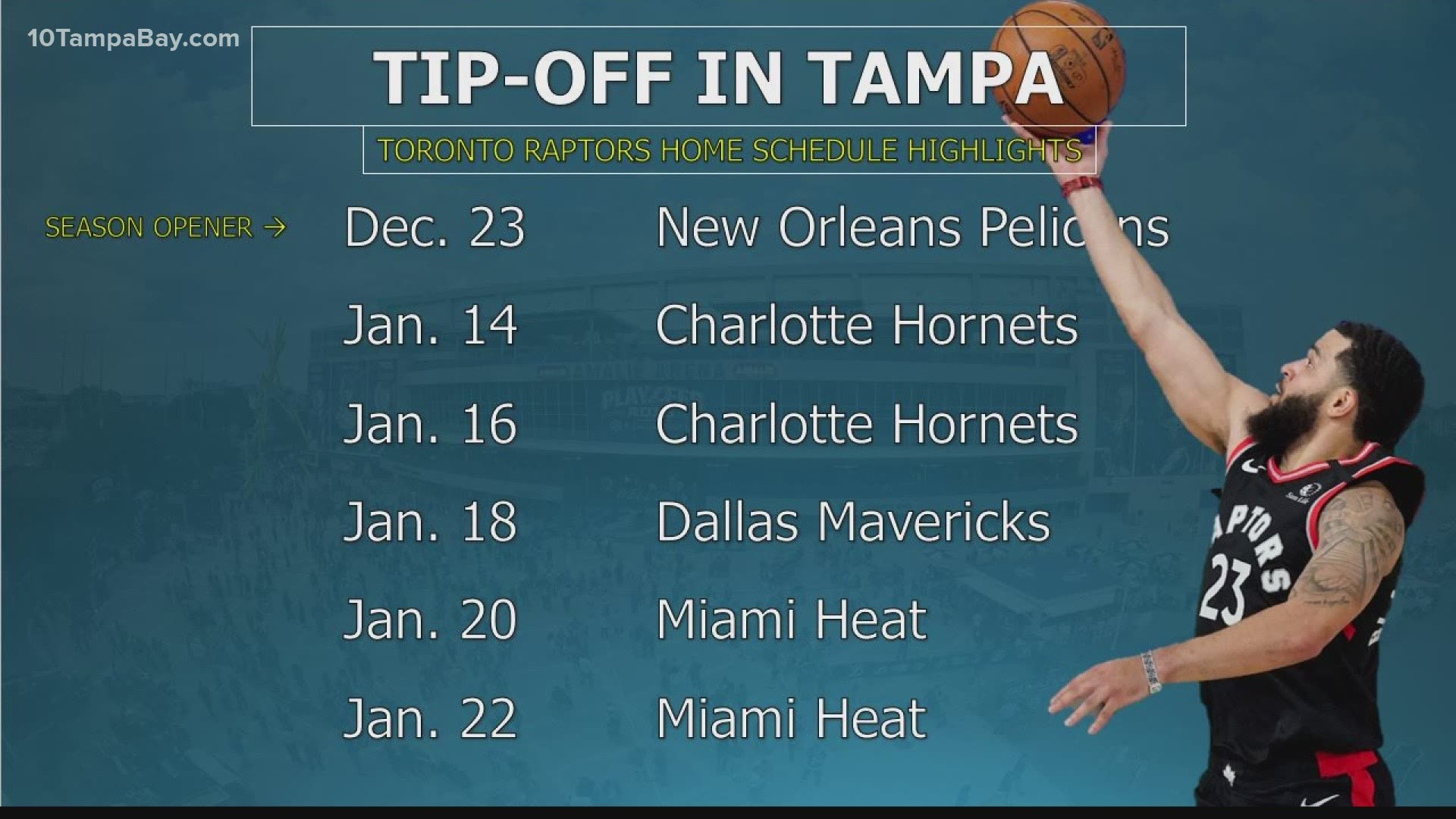 TAMPA, Fla. — The Toronto Raptors had their home floor shipped 1,300 miles when they relocated to Tampa for at least the start of the NBA season. Yet it was the New Orleans Pelicans who looked at home at Amalie Arena in the season opener for both teams.

JJ Redick converted a four-point play with just over a minute remaining and finished with 23 points, and Brandon Ingram led all scorers with 24 points as the Pelicans rallied from an 11-point deficit and beat the Raptors 113-99 on Wednesday night.

Zion Williamson had a big second half for the Pelicans and finished with 15 points and 10 rebounds. Eric Bledsoe and Steven Adams scored 18 and 16 points, respectively, in their first games with the Pelicans, who delivered new coach Stan Van Gundy a victory in his New Orleans debut.

“I’d say that we fought very hard in a game that was very, very frustrating,” Van Gundy said. “We were turning the ball over, we were in foul trouble, not a lot was going right for us. We hung in there and kept fighting and then made enough plays and enough shots to pull away.”

Because of the current Canadian restrictions on cross-border travel due to the coronavirus pandemic, the Raptors are scheduled to play their first 17 “home” games at Tampa’s Amalie Arena. The second half of the NBA’s schedule will be released later.

Lowry hit four 3-pointers in the second quarter, and when Siakam made consecutive 3-pointers, the Raptors opened their largest lead of the game at 11 points.

Redick hit a couple 3s late in the second period, but the Pelicans went into the break trailing 57-50.

Ingram spoke on the importance of Redick to the Pelicans.

“He’s good to have around from a professionalism standpoint, so we like to have him around,” Ingram said. “We love that he can shoot the basketball and when he’s open he needs the basketball.”

Early in the second half, Lonzo Ball and Bledsoe hit 3-pointers in a 9-0 run. Then, Ball and Ingram did all the scoring for the Pelicans on a 10-2 run that finished the third quarter and gave the Pelicans an 88-79 lead. They scored 38 points in the period.

″(The third quarter) ... zapped our energy pretty big time,” Toronto coach Nick Nurse said. “We did seem to lose a little energy and maybe ran out of a little gas, too.”

About 3,800 people attended the game, and Siakam said fans in the stands makes a difference.

“I don’t know if it’s all Raptors fans or what the case might be, but I thought it was cool, just having people around it,” Siakam said. “Obviously we’re blessed that we have some people, some type of energy in the crowd to make the atmosphere a little better.”

Pelicans: Williamson, who averaged only 27.8 minutes over 24 games in an injury-filled rookie season, went to the bench with three fouls with 8:10 left in the first half. He did play 30 minutes. ... New Orleans shot 52.5% in the game and hada 45-35 rebound advantage.

Raptors: The loss ended Toronto’s seven-game win streak in season openers. ... It was Lowry’s ninth straight opening-day start for the Raptors. ... The Raptors have seven undrafted players on their season-opening roster.

Pelicans: At Miami on Friday. Coach Stan Van Gundy is 21-14 against the first of the four teams he has coached.

Raptors: At San Antonio on Saturday.