The defensive progress has been remarkable. 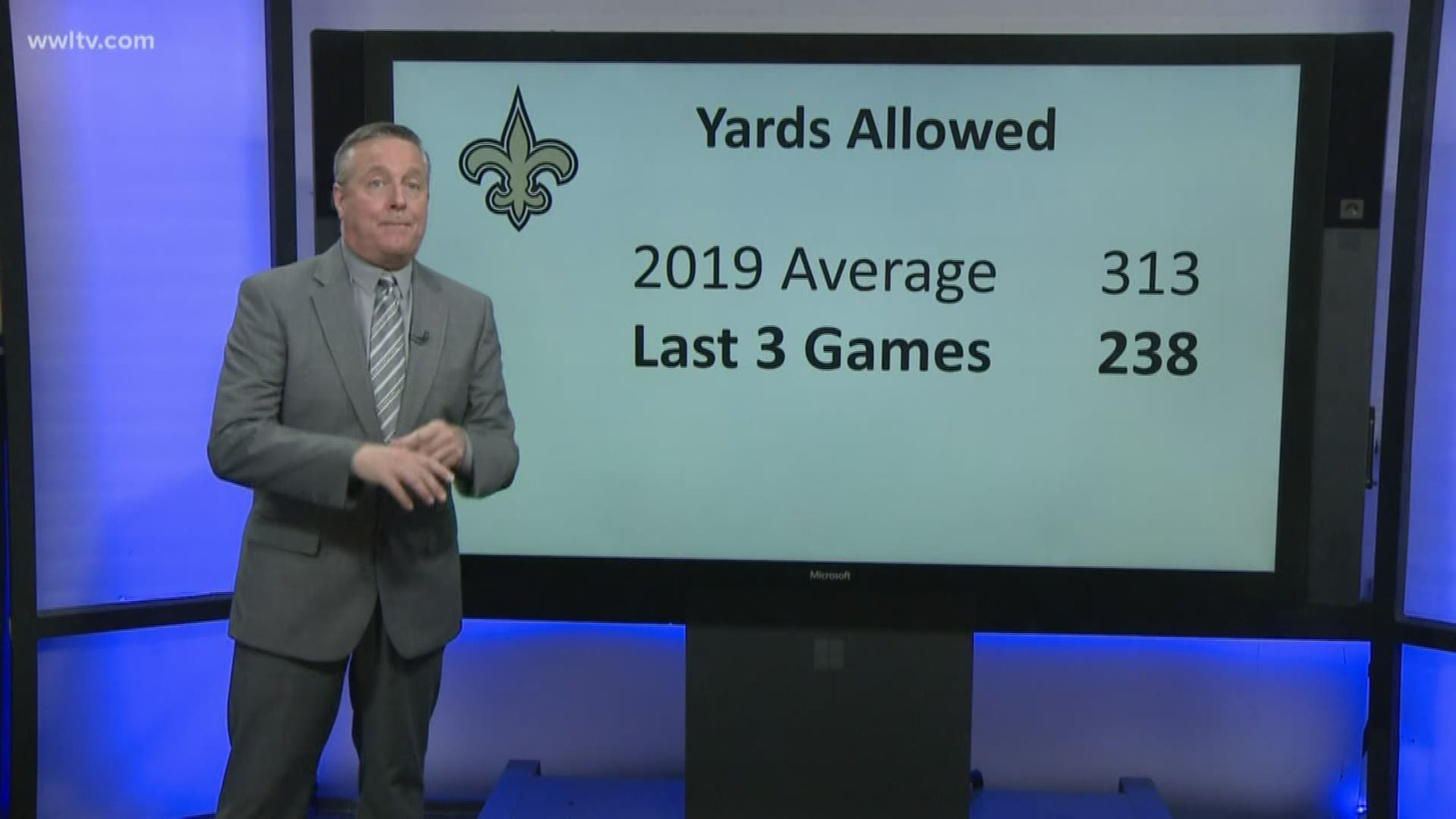 NEW ORLEANS — The fourth quarter was drama-free Sunday as the Saints rolled over the Arizona Cardinals on both sides of the field.

My four takeaways start with…

With Alvin Kamara out, the Saints have ridden Latavius Murray in an unbelievable way.

That's 30 touches, two weeks in a row. Do you know.. How many times any player in the NFL has gotten the ball 30 times in a game. It’s nine this season. And only Leonard Fournette and Murray have done it more than once.

Murray has now done it two games in a row. His production the last two weeks is incredible.

Going hand-in-hand with Murray is number three. The offensive line was terrific, but what really stands out, and stood out Sunday, is that the Saints have an elite pair of tackles.

Ryan Ramczyk and Terron Armstead have been exceptional all season. They weren't perfect. Armstead picked up a holding call at the end of the half that hurt. But in a game when it was critical to protect Drew Brees, the Saints gave up zero sacks.

Brees understands the value of this pair.

The defensive progress has been remarkable. Once again, there were a ton of defensive heroes Sunday: David Onyemata for that 4th down stop, Demario Davis, Eli Apple, Cam Jordan -- all had excellent games.

Do you know where the Saints rank in total defense now? In yards allowed per game, they’re 6th and rising.

Right now, they’ve given up an average 313 yards a game this season. But in the last three matchups, they averaged just 238 yard given a game.

That’s 1st in the league.

You saw this one coming. Drew Brees' return was an unqualified success.

You know what his quarterback rating was against the Cardinals? 116.4.

40-year-old Brees, who hadn't played in six weeks and was wearing an external plastic splint on the thumb of his throwing hand, threw for 373 yards, three touchdowns and an exceptional quarterback rating, all on a special Sunday in the middle of a special season.

That has to be the number one takeaway from the saints crushing the Cardinals.

RELATED: 'Brees made all the throws'