The charter organization behind the school confirmed Saturday what a state official said at Tuesday's court hearing: only 24 of 53 were certified. 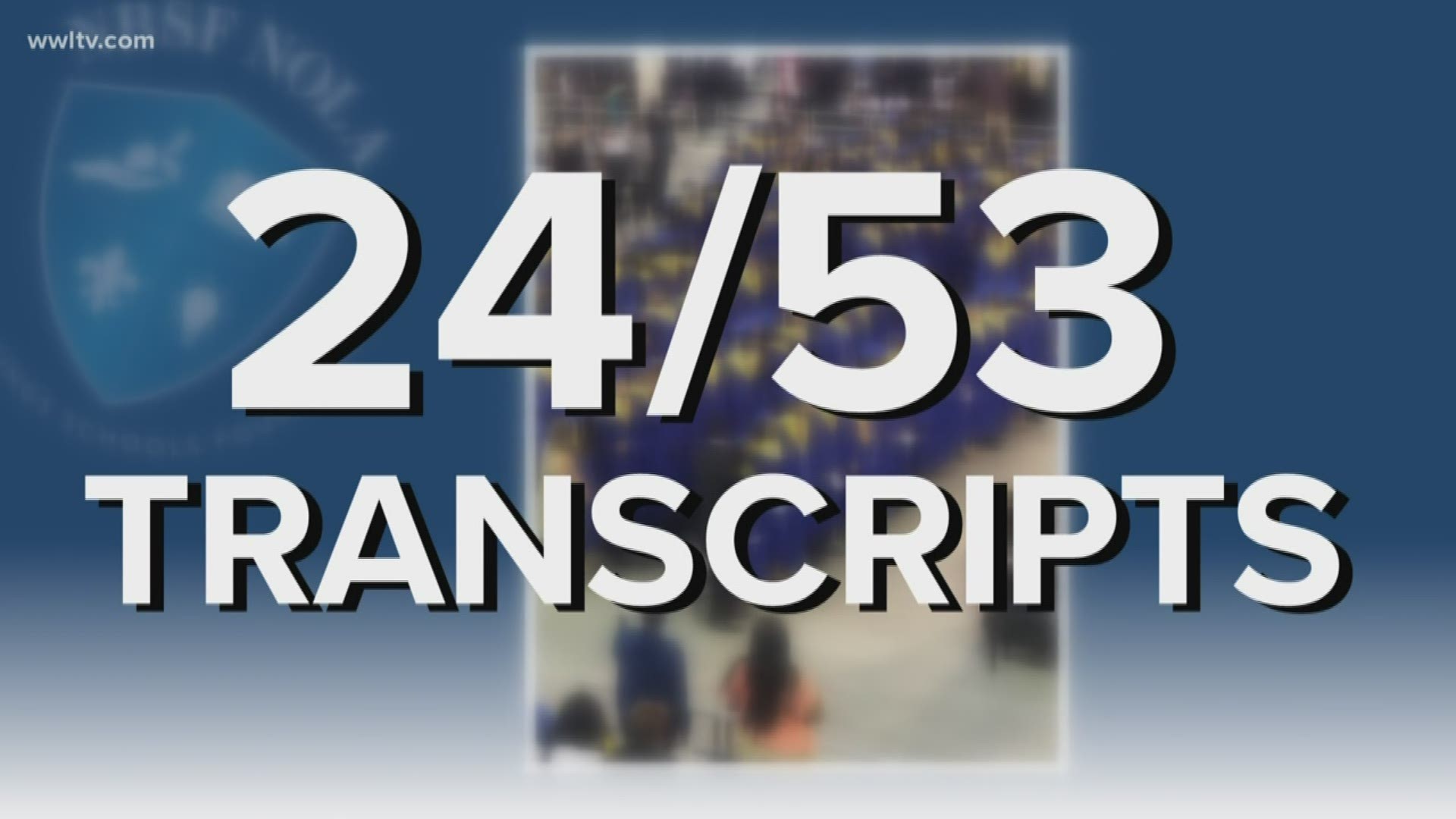 Fewer than half of the John F. Kennedy High School seniors who were forced to retake classes this summer after they thought they had graduated have been cleared to get diplomas by the Louisiana Department of Education, Kennedy's charter organization confirmed Saturday.

New Beginnings board chairman Raphael Gang told WWL-TV that only 24 of those could be certified this week and could now pick up their long-delayed diplomas.

Tuesday, WWL-TV reported that a state official testified in a court hearing that many of the students were told to retake the wrong classes in summer school.

"We have reached out to our families who are cleared and continue to work closely with the (Louisiana Department of Education) for our students who have not yet been cleared," Gang said.

Jessica Young was one of the 24 who were finally approved this week. Right after Tuesday's court hearing, the 18-year-old got her diploma, but she still worries it may be too late to start college this fall.

Young was a section leader with the Kennedy High School band. She plays trombone. She graduated in May and was ready to start college with a full, $30,000 band scholarship to Stillman College in Alabama.

"I thought I was complete and done with everything," she said.

Now, her scholarship and future at Stillman are up in the air since she was one of half of Kennedy High's seniors who learned, after already walking at graduation, they didn't have all the credits needed. Kennedy staff were blamed for improperly changing grades and mishandled students' credits.

"It was hurting me; I didn't know what to do," Young said.

She was told she was missing 1.5 credits. She was able to make those up using an online course administered over the summer at Kennedy.

"It's very exciting," she said.

New Beginnings voted to surrender its charter for Kennedy and Pierre A. Capdau, a K-8 school it runs, after the WWL-TV investigation this spring exposed grade-fixing and misconduct by school and charter officials. It will run both schools for the 2019-2020 school year before turning them back over to the Orleans Parish School Board.

See the full Taken for a Ride investigative series here:

Taken for a Ride - A David Hammer investigation