"Are you really from Louisiana if you not having a hurricane party right now??" 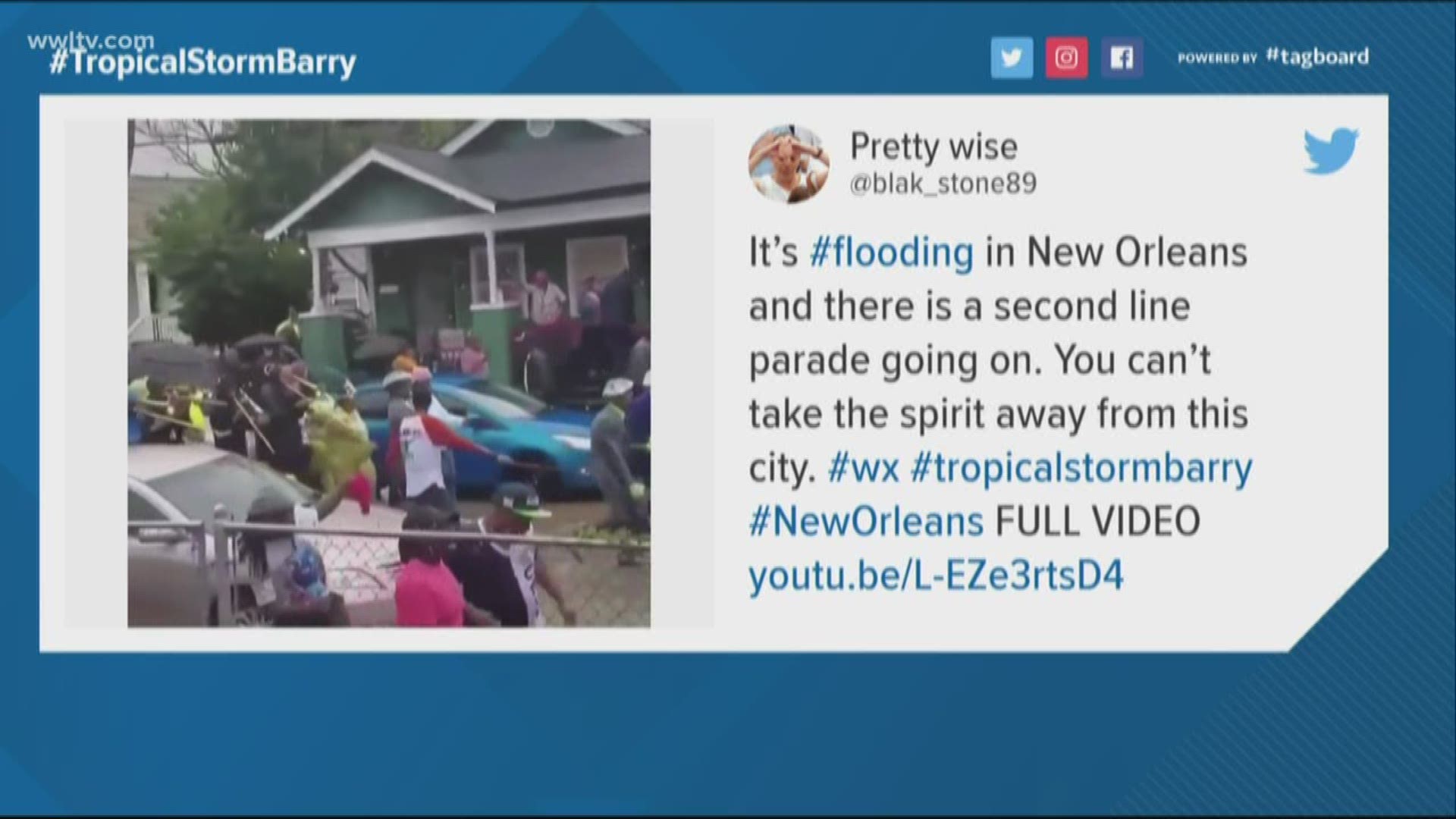 NEW ORLEANS — Tropical Storm Barry is (still) making its way to the Louisiana coastline, but folks seem to have their minds on other things.

"Hurricane Party" was trending on Twitter as people anticipated the inevitable landfall of Barry, who doesn't seem to be in any rush to get out of the gulf. (Can't see the tweets? Click here.)

While Barry is still lumbering to land, Louisiana isn't totally out of the clear when it comes to feeling the storm's effects. Major flooding is still expected, as some parts of Louisiana are projected to pick up about 15 inches of rain. There are also large swathes of areas without power as wind gusts associated with the storm blew ashore.

Weather officials say a mass of dry air helped impede Barry from strengthening into a significant storm, but they warn that a mass of moisture is still expected to be ushered onto shore after Barry makes landfall Saturday morning.

Tropical Storm Barry: Here's when and where the storm will hit

OUTAGES: Grand Isle power out, more than 15,000 out in SE Louisiana from Tropical Storm Barry

Barry update: We may have already seen Mississippi River at New Orleans crest at 16.9 feet